World number one Rafael Nadal slumped to defeat in his opening match at the ATP Finals to Alexander Zverev.

Nadal, who not for the first time arrived in London with his participation in doubt due to an abdominal injury, crashed 6-2 6-4 to the defending champion at the O2.

But the 33-year-old, who was forced to pull out of the Paris Masters semi-final just 10 days ago and has the Davis Cup to participate in next week, insisted he would play on at the tournament.

Nadal, the US Open champion, looked tentative as he tried to play himself back into form, and Zverev took full advantage by breaking twice on his way to the opening set.

Zverev’s serve was regularly hitting 140mph – thanks to the carrots and spinach his mother is feeding him, he claimed afterwards – and zipping past Nadal on an indoor hardcourt surface that the Spaniard has little time for.

A break at the start of the second, followed by a hold despite two double-faults, meant Zverev had won six consecutive games before Nadal got back on the board.Alexander Zverev celebrates victory (John Walton/PA)

Zverev beat Roger Federer and Novak Djokovic on his way to the title 12 months ago, and he completed his big three London trifecta in one hour and 25 minutes – a first career victory over Nadal at the sixth attempt.

Nadal said: “It was not a problem with the abdominal (injury) at all. I did not feel pain.

“No, just Sascha, well played, and me, bad played, honestly. We can find reasons or excuses, but at the end of the day, what all really matters is I need to play much better in two days.”

Earlier, Stefanos Tsitsipas made it sixth time lucky with a surprise win over his fierce rival and fellow debutant Daniil Medvedev.

The 21-year-old from Greece, seeded sixth, has already beaten Nadal, Djokovic and Federer this year, yet this win somehow seemed to mean even more.

Like Zverev, Tsitsipas came into the match with a record of played five, lost five against Medvedev, while the duo have history following an angry on-court confrontation at the Miami Masters last year.Stefanos Tsitsipas reacts after his win (Tess Derry/PA)

Then, Medvedev felt Tsitsipas should have apologised for clipping the net during a rally, and told him so.

It is hardly the stuff of McEnroe v Connors,  yet, but this is a rivalry which could endure for years.

So it was little wonder Tsitsipas celebrated as if he had won the whole tournament after finally edging out his nemesis 7-6 (5) 6-4.

“It means more than extra. It’s a victory that I craved for a long time now, and it’s great that I came in at this moment,” he said.

As for his strained relationship with the 23-year-old Russian, Tsitsipas expanded on that incident in Miami.

“He start telling me that I should apologise, that what I do is unsportsmanlike,” he added.Daniil Medvedev has a long-standing rivalry with Stefanos Tsitsipas (John Walton/PA)

“I got p*ssed and said what I said, which I do regret, but at the time I was very frustrated.

“Our chemistry definitely isn’t the best. It’s not that I hate him. I guess we won’t go to dinner together.”

Medvedev, who will face Nadal on Wednesday, admitted: “I hate to lose against anybody. Of course I wanted to make the head-to-head even bigger, but it’s the way it was and hopefully it will change next time.” 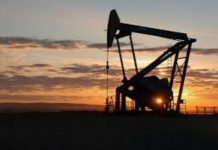