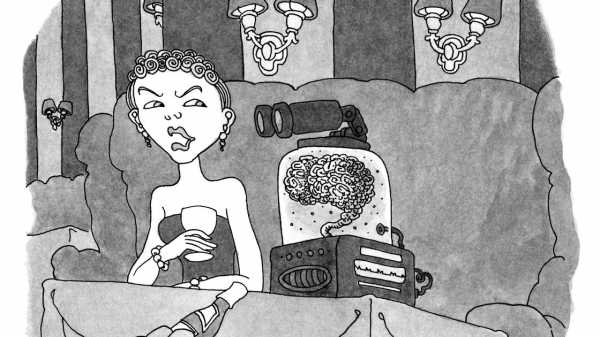 On a rare visit to The New Yorker’s cartoon lounge (an area for cartoonists to wait before they trudge in to see the cartoon editor), in the mid-nineties, I sat right next to Gahan Wilson. It was our first meeting, although he and I had been contributing to The New Yorker for about twenty years. Gahan was looking down at his batch, sifting through cartoons that he was about to show the editor. He was wearing what I always thought of as the unofficial uniform of male cartoonists: a khaki safari-like coat with epaulets and a belt.

We shook hands and then sat in silence. What to say to one of the masters of the macabre? I decided that it was better to say nothing; silence is sometimes an acceptable form of respect. At that time, Wilson was a star in three places: The New Yorker, Playboy, and National Lampoon, delivering covers, multi-panel series, and single-panel gags to those majestic peaks of the cartoon-publishing landscape. The title of a 2013 documentary about him, “Born Dead, Still Weird,” tells us a lot about the man and his work. Weird was his specialty—he thought that way, and he drew that way. Wilson was part of a select group of cartoonists who own their style, who deliver on paper what seems to be a good piece of themselves. It is a distinction shared by, to name just a few, Edward Koren, George Booth, and Roz Chast. The work is somehow inseparable from who they are, and that’s part of what makes it so memorable.

Wilson, who died on Thursday, at the age of eighty-nine, excelled at depicting the extraordinary. Although he habitually delved into that dark funny corner that we associate with Charles Addams, his style was singular. He liked to depict ordinary folks encountering some kind of anxious terror, or experiencing the unthinkable in mundane places. It’s a man at a pizza counter hovering over an entire pizza—the man’s mouth the same oval shape, the same size, as the whole pie. It’s fishermen on a calm lake, with one about to be murdered by the other, who is removing a human mask to reveal his true monster self. Wilson’s art is both the heart-thumping you feel when you dare look under the bed and the relieved inner laugh you let loose after he’s scared the pants off of you. 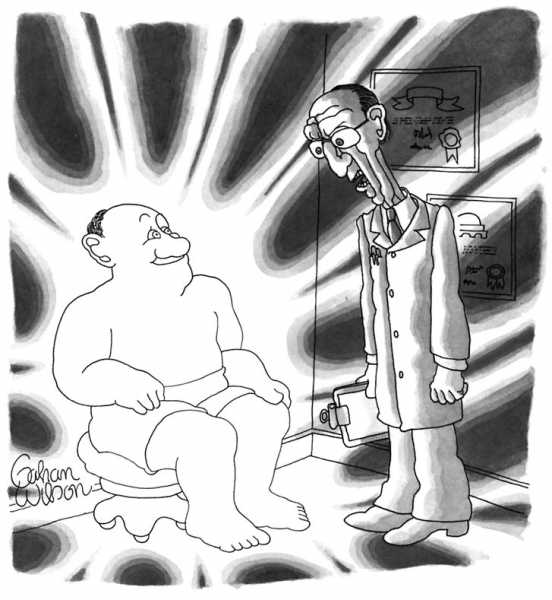 “You’ve been fooling around with alternative medicines, haven’t you?” 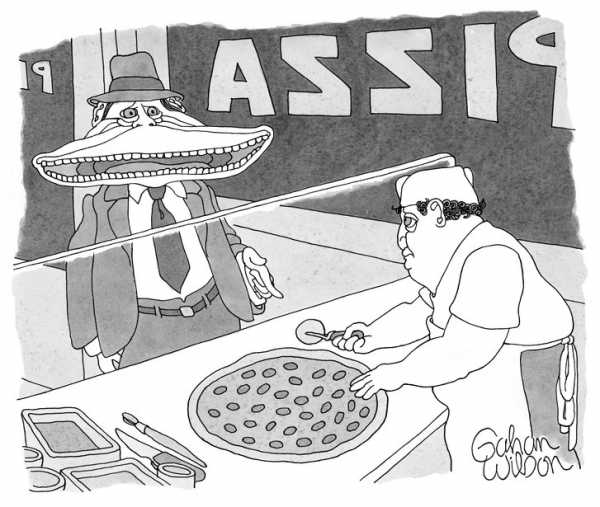 “I’d just as soon it wasn’t cut into those funny little pieces, if you don’t mind.” 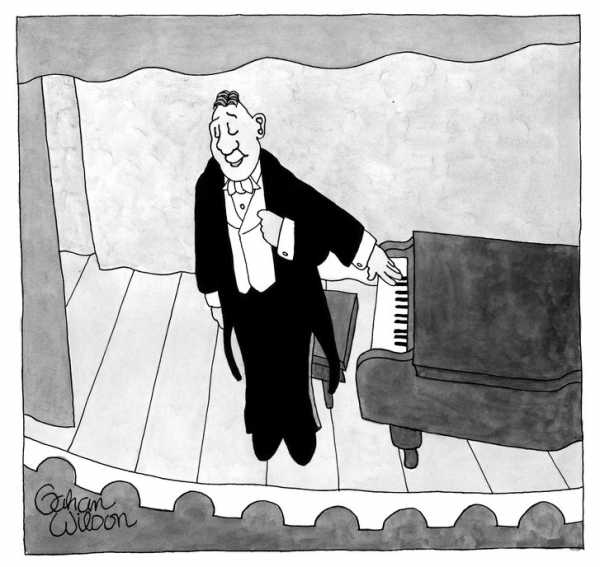 “For my next encore, I would like to play another piece written specially for me.” 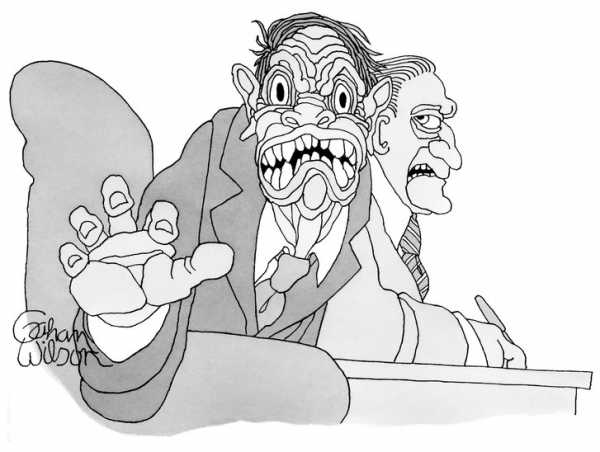 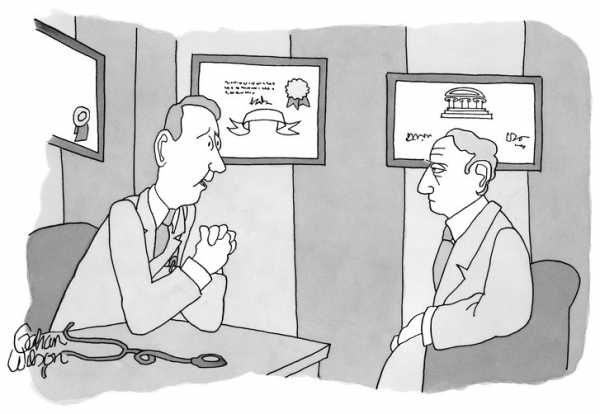 “How are the smiling exercises coming along?” 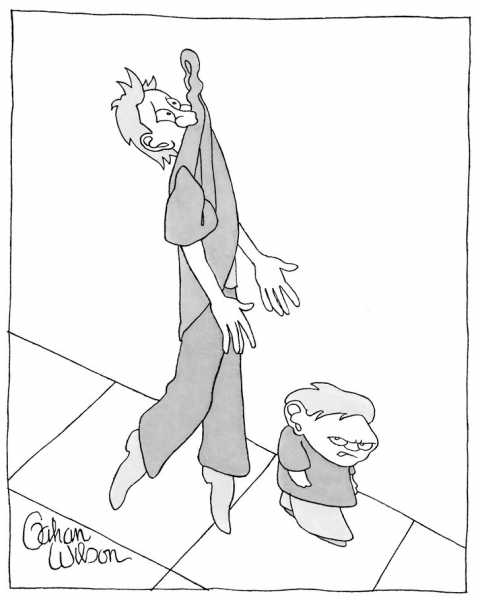 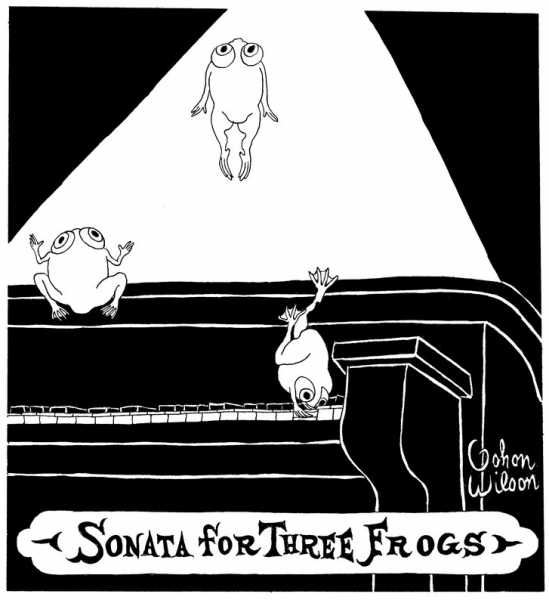 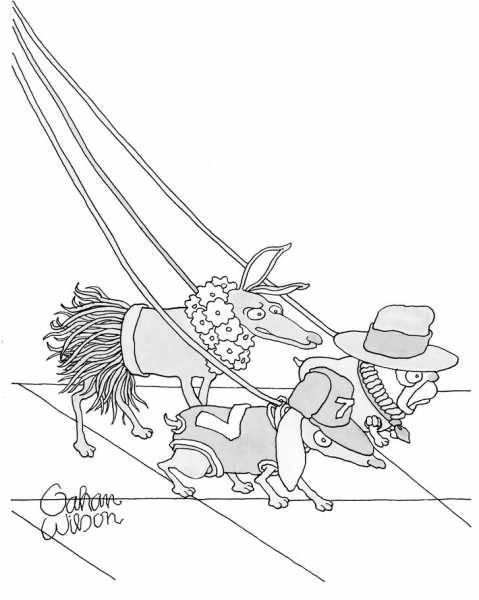 “Somehow, some way, we have to guide these people back to reality!” 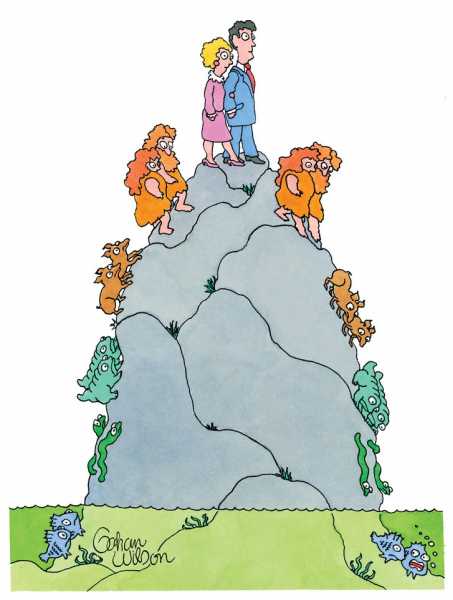 ”Well, that was a total waste of time.” 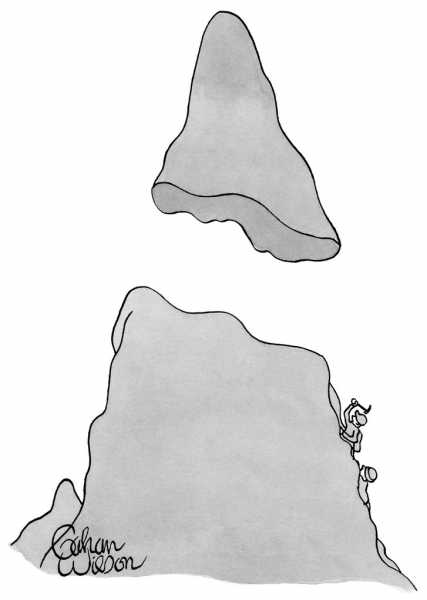 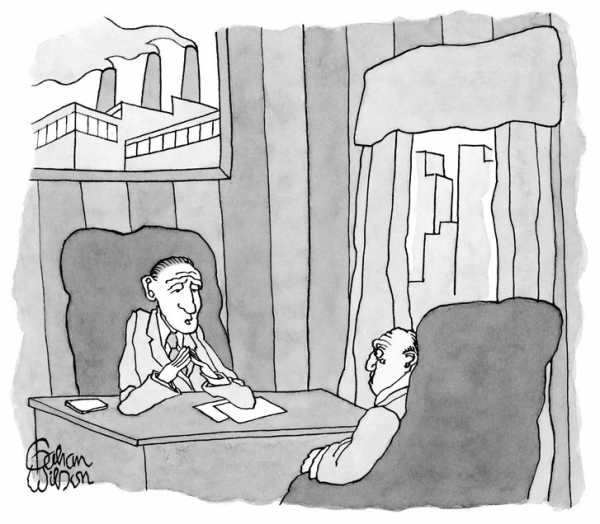 “How long have you been with our firm, Dad?” 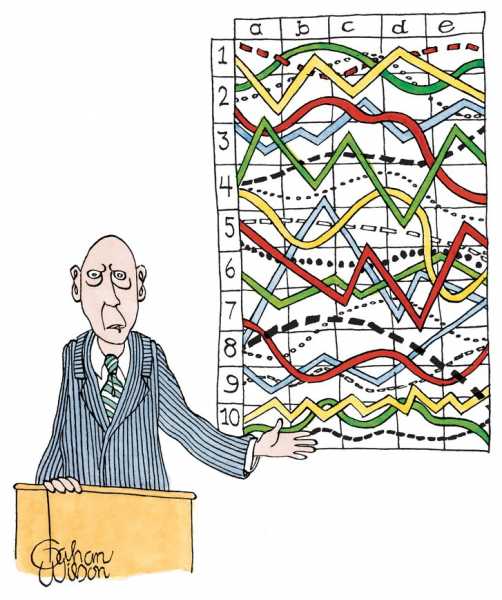 “I’ll pause for a moment so you can let this information sink in.” 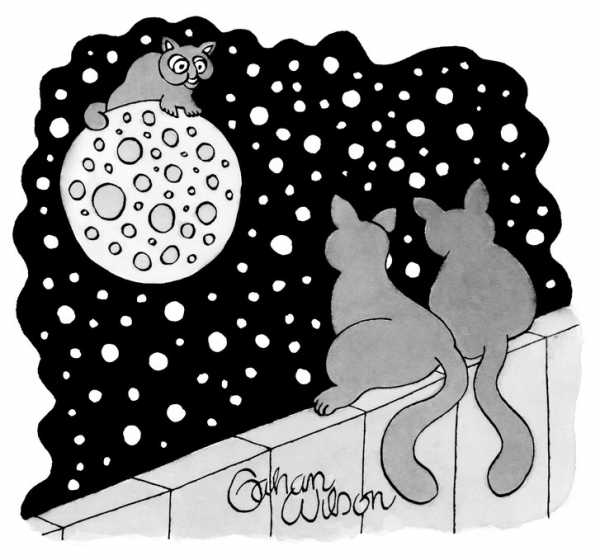 “It’s nowhere near as far away as we thought!” 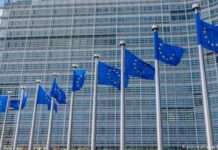 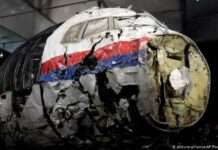 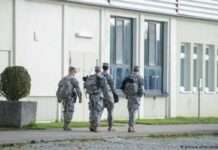