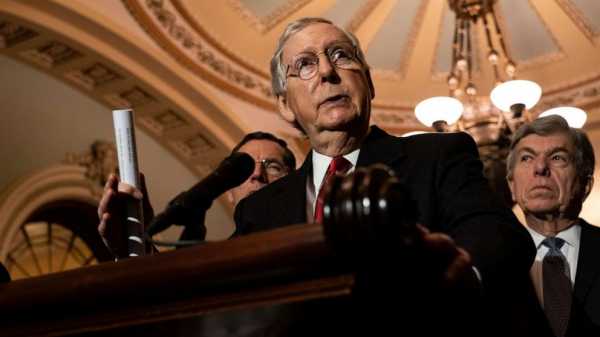 While the House is all but certain to impeach President Donald Trump over allegations that he sought to pressure Ukraine to announce investigations targeting political rivals in exchange for the release of nearly $400 million in military aid and a White House meeting – the path for the impeachment inquiry in the Senate is still unclear.

«It’s way too early to scope out or announce how we might handle impeachment when it gets to the Senate,» Senate Majority Leader Mitch McConnell said during a news conference earlier this week. «We’re all having ‘what if’ discussions. But I think just laying out various hypotheticals now is not helpful.»

But one thing is certain: McConnell has repeatedly said he will indeed hold a trial in the Senate if and when the House sends over articles of impeachment.

«Under the impeachment rules of the Senate, we will take the matter up,» the Kentucky Republican said last month. 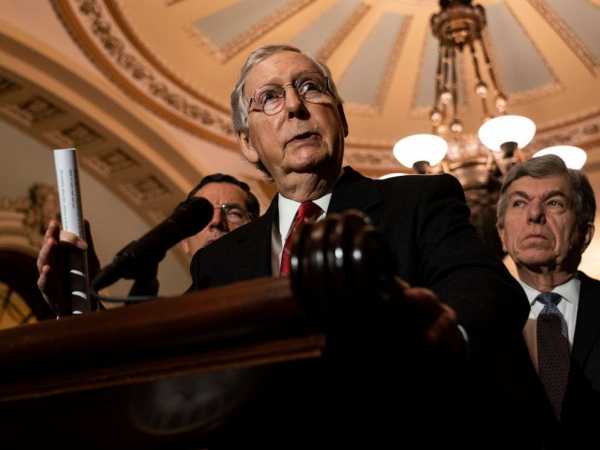 Senate Majority Leader Mitch McConnell speaks during his weekly press conference at the U.S. Capitol on November 19, 2019 in Washington, DC.

The Republican majority in the Senate could potentially vote to immediately dismiss the case without considering any evidence – as some Republican senators have already suggested.

However, McConnell has made clear that he has no intention of moving to dismiss the case. He has said several times over the course of the last few weeks that he intends to follow through with a trial in alignment with what the process calls for in the Constitution.

A trial is also something the White House wants. 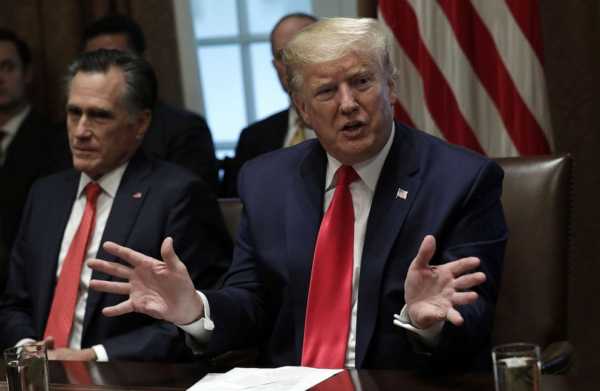 U.S. President Donald Trump speaks during a listening session on youth vaping and electronic cigarettes in the Cabinet Room of the White House in Washington, D.C., U.S., on Friday, Nov. 22, 2019.

“Frankly, I want a trial,” Trump said during an interview on «Fox and Friends» on Friday, maintaining that a Senate trial will afford him the opportunity to call in witnesses, including Hunter Biden, the former Vice President Joe Biden’s son, and Democratic Rep. Adam Schiff, the chairman of the House Intelligence Committee.

“There’s only one person I want more than ‘Where’s Hunter?’ and that is Adam Schiff,” Trump said.

GOP Sen. Lindsey Graham, who chairs the Senate Judiciary Committee and is a top Trump ally on Capitol Hill, requested records from the State Department on Thursday related to former Vice President Joe Biden’s communications with then-Ukrainian President Petro Poroshenko on their alleged efforts to oust a Ukrainian prosecutor in 2016.

Graham, in his letter to Secretary of State Mike Pompeo, is seeking records from February and March of 2016 related to former prosecutor Victor Shokin’s firing. At the time, Biden’s son Hunter held a board position with Burisma Holdings, a Ukrainian energy company, which was facing scrutiny from Shokin’s office.

There is no evidence of wrongdoing by the Bidens.

Graham previously said calling in the Bidens as witnesses would amount to nothing but a “circus” in the Senate.

“I’ve tried to resist turning the Senate into a circus. I don’t want to go after Joe and Hunter Biden because people are mad that Trump’s not getting a fair deal in the House,” Graham said earlier this month.

Graham, in 2015, referred to Biden as “the nicest person I think I’ve ever met in my life, and as good a person as God ever created.”

On Thursday, GOP Sens. Ron Johnson of Wisconsin and Chuck Grassley of Iowa requested records from the U.S. National Archives regarding White House meetings between Obama officials, the Ukrainian government, and Democratic National Committee officials from 2016.

With these latest investigations into the Bidens, it is increasingly likely the White House and Senate Republicans will seek to haul in the Bidens during the Senate’s trial.

Trump, in his Friday interview, said that he also wants to hear from the whistleblower who filed a complaint alleging the White House attempted to strong-arm Ukraine into investigating Biden.

“I want the whistleblower, who put in a false report, to testify,” Trump said, adding that he believes the individual “is a political operative.”

Witnesses will be called and cross-examined per the timeline and protocols the Senate determines at the start of the trial.

Graham and a handful of other Republican senators met with top White House officials on Thursday to discuss impeachment strategy and the timeline of the potential trial.

The length of the trial, as McConnell has said several times, is up to the senators.

“I don’t know what appetite anybody has as to a long drawn-out trial,” Graham said.

“It seems senators are coming to the realization that there’s no benefit in dragging out this trial. I’ve heard this now from multiple members,” Graham added.

The U.S. Capitol in Washington, D.C.

During this meeting, officials raised the prospect of shortening the proceedings to about two weeks. President Bill Clinton’s impeachment proceedings in the Senate in 1999 lasted five weeks.

«There is no consensus. That’s just an idea,» a senior administration official said about the possible trial duration.

But the rules on how the Senate will conduct its impeachment proceedings are still a bit murky.

«Some of my colleagues who have expressed alarm that we might be prevented from doing anything else for weeks and weeks at a time — that’s not necessarily true. We can agree to do other business in the mornings while we conduct an impeachment trial in the afternoons. That’s the sort of thing we should be debating and resolving,» Sen. Chris Coons, D-Del., said.

The Senate will first have to pass a resolution, requiring a simple majority or 51 votes, to lay out the trial procedures. At this point, sources tell ABC News that McConnell and his counterpart Sen. Chuck Schumer of New York, have yet to begin negotiations on the matter.

Chief Justice John Roberts will preside over the trial.

Roberts would be tasked with moderating the impeachment proceedings, setting the pace, authorizing senators to speak or stop speaking, and deciding on motions and admissibility of evidence. During questioning of any witnesses, the chief justice is the conduit for senators to submit their queries in writing, according to Senate rules.

A team of lawmakers from the House, known as managers, would play the role of prosecutors. The president would also be afforded his own defense lawyers. The Senate would serve as the jury.

McConnell has repeatedly reminded his Senate colleagues – often with a wry smile – that his chamber will have to sit in the silence throughout the entire Senate proceedings.

Multiple sources have told ABC News they expect the Senate to begin its impeachment proceedings in early January. Some senators have already begun preparing for the upcoming proceedings.

Other senators are assembling teams of staff attorneys and researchers to help analyze and study the case.

Despite damning testimony from several high-profile witnesses, including the Ambassador to the European Union Gordon Sondland, who admitted under oath that there was a quid pro quo, no Senate Republicans have wavered in their support for the president.

While some Republicans have said the president’s alleged actions were “inappropriate,” they have also said they do not believe his offenses are impeachable.

«The Republican Party has never been more unified,» Trump said. «In the Senate and the House, Mitch [McConnell], Lindsey [Graham], I could name 20 names up there.»

He added: «The Republicans, I have never seen anything like it, they’re sticking together.»

A two-thirds majority will be required to remove from office.

«I will repeat what I said in the past: it’s inconceivable to me that there would be 67 votes to remove the president from office,» McConnell said.

McConnell is also pointedly aware of the several Democratic senators who are running for president. A Senate trial, if it begins in January as sources have suggested, will likely keep all of the candidates off of the campaign trail during a pivotal primary season.

«I’m sure they’re going to be excited to be here in their chairs not being able to say anything during the pendency of this trial,» McConnell said. «So hopefully we’ll work our way through it and finish it, and not too lengthy a process.» 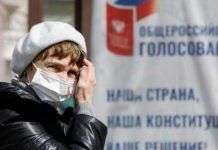 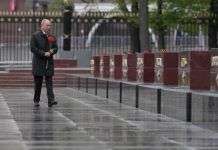 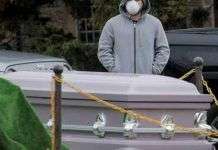