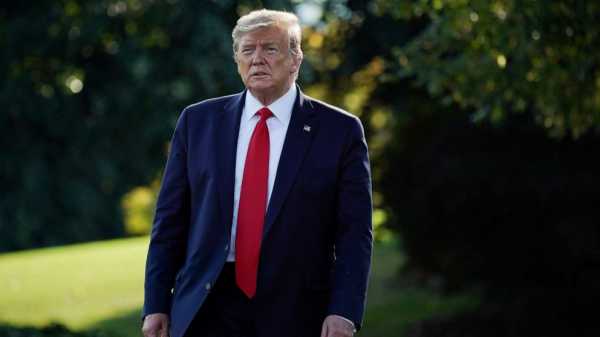 Impeachment proceedings for Donald Trump are rolling full steam ahead, with Democrats holding public hearings this week and moving toward drafting articles of impeachment.

While the process has long been discussed for Trump, Democrats’ efforts have gained traction in recent weeks following a whistleblower complaint about a controversial call between Trump and Ukraine President Volodymyr Zelenskiy was revealed that critics say includes a quid pro quo for political gain.

Since taking control of the House in 2018, Democratic leadership has been wary to broach the subject of impeachment, even after the Mueller report was issued, which did not clear the president of obstruction of justice. But the Ukraine call and its fallout have changed that calculus.

Trump has called the inquiry the continuation of a “witch hunt” that has dogged his presidency and Republicans members of Congress have attacked the process as a sham that disregards the president’s due process rights and impedes his ability to conduct foreign policy.

But what is the impeachment process and what does it mean for Trump and the country?

An impeachment proceeding is the formal process by which a sitting president of the United States may be accused of wrongdoing. It is a political process and not a criminal process.

The articles of impeachment are the list of charges drafted against the president. The vice president and all civil officers of the U.S. can also face impeachment.

The process begins in the House of Representatives, where any member may make a suggestion to launch an impeachment proceeding. It is then up to the speaker of the House, as leader of the majority party, to determine whether or not to proceed with an inquiry into the alleged wrongdoing.

House Speaker Nancy Pelosi announced the formal opening of an impeachment inquiry on Sept. 24, citing what she called Trump’s “betrayal of his oath of office, betrayal of our national security, and betrayal of the integrity of our elections» and the full House voted on Oct. 31 to authorize the inquiry.

In Trump’s case, the House Intelligence Committee has been tasked with the investigation, after which the matter will be turned over to the Judiciary Committee which could draw up articles of impeachment, but the process is dictated entirely by the ruling party.

A simple majority of the members of the committee would have to vote in favor of approving an article or articles of impeachment in order to proceed to a vote by the full House. The House Judiciary Committee currently consists of 24 Democrats and 17 Republicans; 21 votes in favor would be necessary.

When it comes to impeachment, the Constitution lists «treason, bribery, or other high crimes and misdemeanors,» as justification for the proceedings, but the vagueness of the third option has caused problems in the past.

«It was a central issue with Andrew Johnson, and there was a question during Clinton’s proceedings about whether his lie was a ‘low’ crime or a ‘high’ crime,» Gerhardt said. 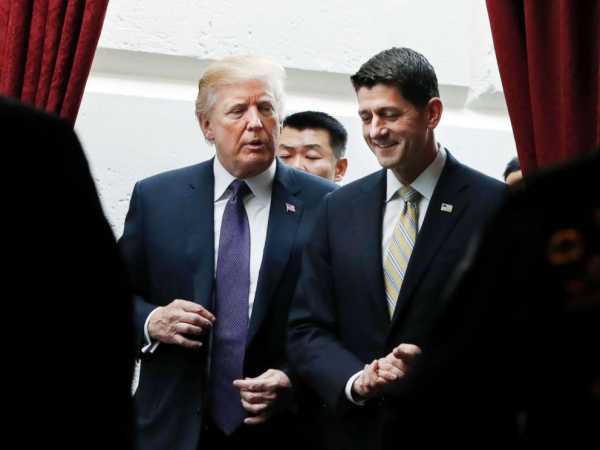 President Donald Trump walks with House Speaker Paul Ryan on Nov. 16, 2017, as they leave a meeting with House Republicans on Capitol Hill.

According to Suzanna Sherry, a law professor at Vanderbilt University who specializes in constitutional law, «nobody knows» what is specifically included or not included in the Constitution’s broad definition of “high crimes and misdemeanors.”

«It’s only happened twice and so the general thought is that it means whatever the House and the Senate think it means,» Sherry said, and even if the House approves the article or articles of impeachment, the senators can choose to vote against the articles if they feel they are not appropriate.

What does an impeachment vote mean for a sitting president?

A president can continue governing even after he or she has been impeached by the House of Representatives. After Clinton was impeached on Dec. 19, 1998,he finished out his second term, which ended in January 2001, during which time he was acquitted in a Senate impeachment trial. While Clinton continued governing, and the impeachment had no legal or official impact, his legacy is marred by the proceeding.

Where does the Senate come in? 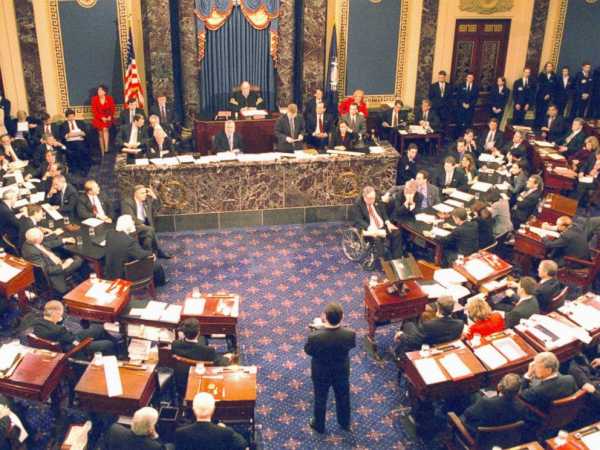 The Senate is tasked with handling the impeachment trial, which is presided over by the chief justice of the United States. To remove a president from office, two-thirds of the members must vote in favor – at present 67.

If the Senate fails to convict, a president is considered impeached but is not removed, as was the case with both Clinton in 1998 and Andrew Johnson in 1868. In Johnson’s case, the Senate fell one vote short of removing him from office on all three counts.

While the Senate trial has the power to oust a president from office, and ban him or her from running for future office, it does not have the power to send a president to jail. Disqualification from holding office, a separate process, requires a simple majority vote, according to the Congressional Research Service.

«The worst that can happen is that he is removed from office, that’s the sole punishment,» Sherry said.

That said, a president can face later criminal charges. Sherry points out that in the Constitution «the party convicted shall nevertheless be liable and subject to indictment, trial, judgment and punishment, according to law.»

Only Clinton and Johnson have been impeached and no U.S. president has ever been forced out of office.

Johnson faced impeachment in 1868 after clashing with the Republican-led House over the “rights of those who had been freed from slavery,” although firing his secretary of war, Edwin Stanton, who was backed by the Republicans, led to the impeachment effort. The articles of impeachment centered on the Stanton event, according to the Senate.

Clinton, whose impeachment was connected to the cover-up of his affair with White House intern Monica Lewinsky while in office, was 22 votes away from reaching the necessary number of votes in the Senate.

Richard Nixon faced three articles of impeachment related to the Watergate scandal, in which he allegedly obstructed the investigation and helped cover up the crimes surrounding the break-in. 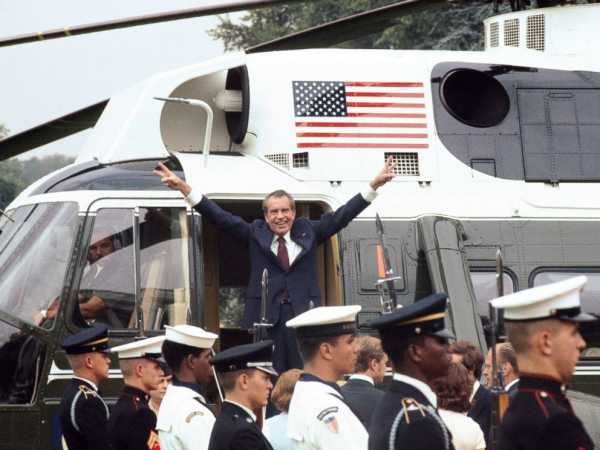 Richard Nixon smiles and gives the victory sign as he boards the White House helicopter after resigning the presidency, Aug. 9, 1974.

But he didn’t let the process get any further, resigning before the House could impeach him. 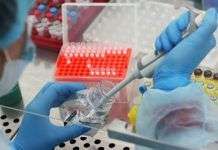 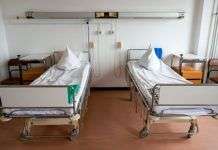 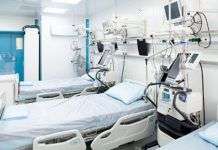