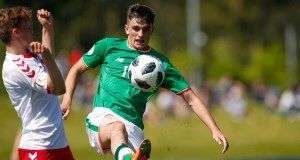 The London-born Thai, who earlier this week was confirmed as a Red Bull driver for 2020, lost control of his car after switching to slick tyres.

Lewis Hamilton, the newly-crowned six-time world champion, finished bottom after opting against posting a time in the tricky conditions.

Albon had just soared to the top of the order when he slid off the track and into the barriers ahead of the uphill climb to the start-finish line.

The Red Bull driver made significant impact with the barriers and sustained serious damage to the right-hand side of his car.

Albon swore in frustration over the radio, but emerged unscathed from the accident which brought a premature end to the first action of the weekend here in Interlagos.

Ferrari’s Sebastian Vettel, unperturbed by the poor conditions, was the first driver to hit the track.

As the persistent rain relented, the circuit began to dry out, with Albon heading Mercedes’ Valtteri Bottas by half-a-second before his accident in the closing minutes.

Vettel finished third, nine tenths off the pace, with Charles Leclerc – who will serve a 10-place grid penalty on Sunday following a change of engine parts – fourth in the sister Ferrari.

Albon’s team-mate Max Verstappen, also spun while running on dry rubber in the latter stages, but the Dutchman escaped without damage.

Hamilton, fresh from winning his sixth world championship in Texas a fortnight ago, spent most of the session watching on from the back of the Mercedes garage.

He emerged on slicks in the final moments, but returned to the pits when the session was suspended in the wake of Albon’s accident.

The concluding running of the day gets under way at 3pm local time (6pm UK) where conditions are expected to have improved.