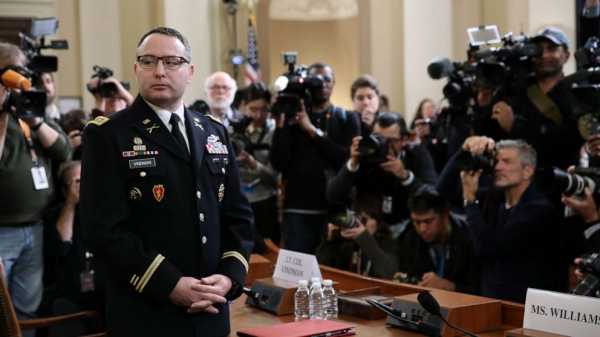 «The Army is providing supportive assistance to help Lt. Col. Vindman with the public attention,» Col. Kathy Turner, an Army spokeswoman, said in a written statement.

«As a matter of practice, the Army would neither confirm nor deny any safety or security measures taken on behalf of an individual; however, as we would with any Soldier, the Army will work with civilian authorities to ensure that he and his family are properly protected,» she added.

Another U.S. official told ABC News that there is no imminent threat to Vindman’s safety, but that it is important that the Vindman family feel they are safe.

The Army will always do what it has to do to protect a soldier, the official said.

As Vindman has risen to become an important figure in the impeachment proceedings, the Army has undertaken security assessments about his family’s physical security. For now, the Army is monitoring his home with «routine physical surveillance from law enforcement,» the official told ABC News.

(MORE:What you need to know about the Trump impeachment hearings: A quid pro quo and Trump’s defense)

Should additional security concerns need to be addressed, the U.S. official speculated that moving the Vindman family to a military base in the Washington area could become an option.

During Tuesday’s hearing, Vindman acknowledged that he has been disparaged on social media because of the testimony he has provided the congressional committees leading Trump’s impeachment hearings. In his opening remarks, he said he wanted to recognize the courage of his colleagues who have and were scheduled to testify.

«I want to state that the character of attacks on these distinguished and honorable public servants is reprehensible,» he told lawmakers. «It is natural to disagree and engage in spirited debate. This has been the custom of our country since the time of our founding fathers, but we are better than personal attacks.» 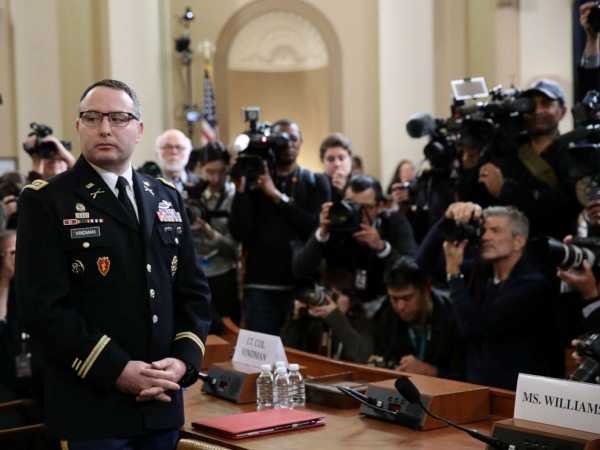 «I also recognize that my simple act of appearing here today, just like the courage of my colleagues who have also truthfully testified before this committee, would not be tolerated in many places around the world,» he added.

He finished his opening statement addressing his father, who immigrated to the United States.

«Dad, I’m sitting here today in the U.S. Capitol, talking to our elected professionals, talking to our elected professionals is proof that you made the right decision 40 years ago to leave the Soviet Union and come here to the United States of America in search of a better life for our family,» he said. «Do not worry. I will be fine for telling the truth.»