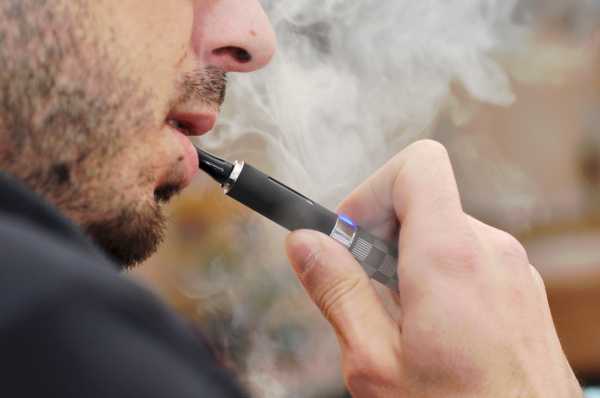 The outbreak of the mysterious vaping-related illness has reached 1,299 cases and 26 deaths across the country, said Centers for Disease Control and Prevention principal deputy director Anne Schuchat on Friday. That’s an increase of 219 cases from last week — a combination of new patients getting sick and new reporting of previously identified patients.

“We’re not seeing a meaningful drop off in cases,” Schuchat said.

The deaths this week included a 17-year-old boy from the Bronx, who had been hospitalized twice for vaping-related illness. In fact, there’s been at least a handful of cases that have involved readmissions to hospital — up to 55 days after an initial discharge, Schuchat said. The reason for the repeated hospital visits isn’t clear: it might be that patients starting vaping again or that their lung injuries made them more prone to other illnesses.

CDC officials reaffirmed on Friday that while they haven’t figured out exactly which chemical or device is making people sick, the majority of the cases in both national and state studies to date appear to involve THC-based vaping products. Officials haven’t excluded nicotine products as a potential cause, Schuchat said.

Quitting Juul may be harder than quitting cigarettes

So why is it taking so long to zero in on a cause?

It’s a difficult investigation, said Mitch Zeller, director of the Center for Tobacco Products at FDA, on Friday. One of the biggest hurdles is that many of the 725 samples of products FDA is currently analyzing had no liquid in them or very little. “When there’s no liquid, there’s nothing to test,” he said. “When there’s very little, it puts an extreme limit on the number and types of tests we’re able to perform.”

In time, Schuchat said she expects officials will figure out what’s driving the outbreak, but it might be more than one thing. “I think there will be multiple causes and potentially more than one root cause,” she said. “The phenomenon we’re seeing is going to have an explanation but it may not be tomorrow. It may take a few months to really understand the portion of illness that’s due to some risky practice in the preparation of these materials or other causes.”

THC is involved in most, but not all, cases

The new findings are consistent with previous analyses by the CDC. Out of the 514 national cases the agency analyzed, 77 percent had reported using THC-containing products or both THC and nicotine, while 16 percent reported using only nicotine-containing products. The CDC also shared more details about the groups hardest hit: More than two-thirds are male, with a median age of 23. Ninety-one percent were hospitalized. California, Texas, Wisconsin, and Illinois were the states with the most cases to date. A separate study, also published in the CDC’s Morbidity and Mortality Weekly Report, focused on patients in Illinois and Wisconsin, and had some revealing details about the products that appear to be making people sick. Of the 86 patients interviewed, 87 percent said they’d used products with THC. The overwhelming majority (96 percent) of the THC products these patients reported using involved pre-packaged, pre-filled cartridges or pods, which they said they did not tinker with.

These products were bought primarily from “informal sources such as friends, family members, illicit dealers, or off the street.” And while there was no brand linked to all the cases, 66 percent of patients reported use of products under the brand name Dank Vapes. Other brands patients most commonly reported using included Moon Rocks, Off White, and TKO.

One caveat: The CDC’s investigation is ongoing. It’s also possible that, in the coming weeks, the agency will uncover another chemical, product, or brand linked to the cases. The studies also involved self-reported data, and it’s possible people don’t remember what they used or are reluctant to share the details of their vaping or THC habits. The brand details came from just two states, and the picture may look different in other parts of the country.

But for now, the agency continues to advise everybody — except smokers who are vaping to quit combustible cigarettes — to avoid THC containing e-cigarettes. And it warns that the use of any tobacco products, including nicotine e-cigarettes, carries risks.

Patients who have come down with the mystery lung injury started to experience symptoms anywhere from a few days to several weeks after using e-cigarettes. So far, the patients have a few things in common, according to the CDC. They suffered from respiratory symptoms, including coughing, shortness of breath, chest pain, and difficulty breathing. Nausea, vomiting, diarrhea, fatigue, abdominal pain, fever, and weight loss were also common symptoms.

On X-rays, patients’ lungs appear to be inflamed, as if a pathogen infected them. A report, published October 2 in the New England Journal of Medicine, looked at biopsies of lung tissues from the people affected by the vaping-related illness. They found damage that resembled exposure to inhaled toxic substances, such as during a chemical spill.

When doctors have also looked for a common bacterial or viral source of the disease, they’ve failed to turn anything up. Again, patients only have vaping in common, but no specific products or substances link all the cases together. That’s why an investigation is still underway, and officials are urging doctors and the public to report cases. People who are concerned they’ve been harmed by an e-cigarette product should also contact their health care provider or local poison control center at 1-800-222-1222.

The outbreak isn’t the first to raise questions about the safety of vaping. From nicotine-induced seizures to injuries from vaping explosions to stress on the lungs and cardiovascular system, doctors and health researchers have been calling attention to vaping’s harms. But this is the first time vaping has been linked directly to deaths.

Vox’s Julia Belluz explains what’s going on with the outbreak of a mysterious vaping-related respiratory illness that’s sweeping across the US.

Looking for a quick way to keep up with the never-ending news cycle? Host Sean Rameswaram will guide you through the most important stories at the end of each day.

Subscribe on Apple Podcasts, Spotify, Overcast, or wherever you listen to podcasts.