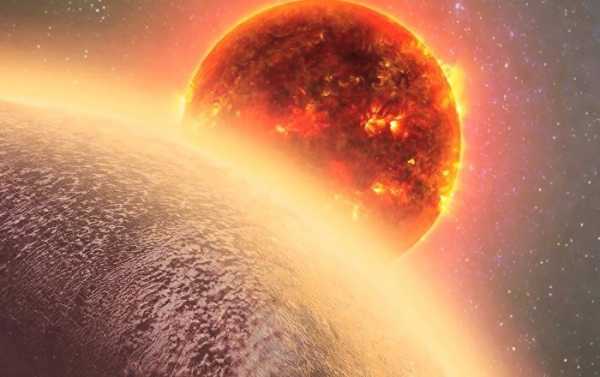 Vardan Adibekyan, the author of a study that was recently published in The Astrophysical Journal, said this sheds new light on the survivability of planets when their parent stars begin to die, and might even reveal new aspects of tidal physics.

Scientists discovered a survivor planet that shouldn’t exist when studying two red giant stars, HD 212771 and HD 203949, which have orbiting exoplanets, providing an “ideal testbed for studies of the evolution of planetary systems», Tiago Campante of the Instituto de Astrofísica e Ciências do Espaço and Faculdade de Ciências da Universidade do Porto.

Using data recorded by NASA’s Transiting Exoplanet Survey Satellite (TESS), they noticed oscillations – gentle pulsations on the surfaces of these red giant stars. A more thorough analysis of one of the stars and its exoplanet puzzled scientists.
Towards the end of their life cycles, stars turn into red giants with their outer atmosphere ballooning outwards. The surface reaches extremely hot temperatures, hence no planet can go near without being engulfed or destroyed. However, this is exactly what happened with HD 203949 and its orbiting exoplanet.

In order to pinpoint the exoplanet’s location in relation to the star, researchers then ran simulations showing that the tides created by the interaction between the red giant star and the exoplanet brought the latter in towards the star. Researchers then tried to understand how the exoplanet survived and avoided being engulfed. They said that the solution to this dilemma could be hidden in the fact that stars and exoplanets not only form, but also evolve together.

«This study is a perfect demonstration of how stellar and exoplanetary astrophysics are linked together», said co-author of the study Dimitri Veras of the University of Warwick’s Department of Physics.