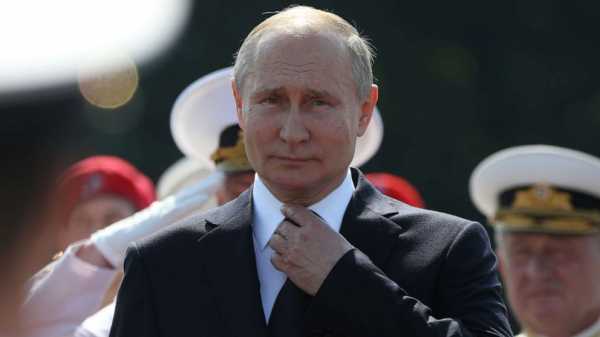 During the impeachment hearings for President Trump, the American public has heard the name of one country again and again: Ukraine. From the alleged quid pro quo to debunked theories about election interference, Kyiv has been at the forefront of the discussion.

But lurking beneath the surface was a familiar foe – Russia – a storyline that Trump and his Republican allies have tried to bury since claiming vindication with the Mueller report earlier this year.

According to testimony from the policy experts, Moscow has stood to benefit in three ways. 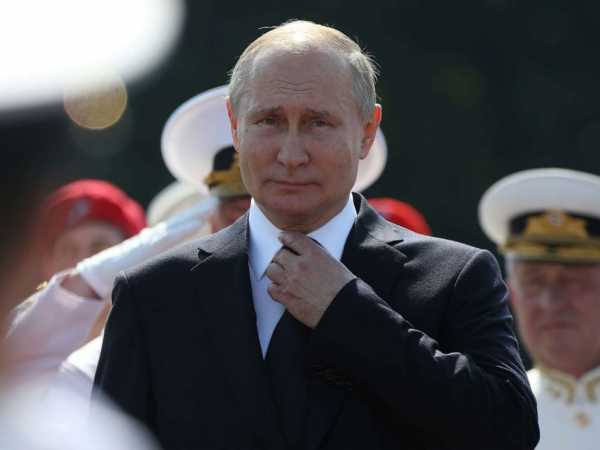 First, the hold on military aid to Ukraine would level a tangible blow to Kyiv’s ability to defend its border with Russia. Second, the president’s proliferation of a controversial theory that Ukraine, not Russia, interfered in the 2016 election has elevated talking points used by Russian President Vladimir Putin. And third, the discord and distractions caused by the impeachment probe could undermine America’s voice on the international stage.

The ‘hot war’ in eastern Ukraine

Several witnesses have highlighted how the administration’s months-long delay on nearly $400 million in military aid carried potentially detrimental repercussions for the international effort to keep Russia at bay in eastern Ukraine.

The Russians annexed the Ukrainian region of Crimea in 2014 and subsequently invaded the country’s east, where fighting continues to this day. The conflict has claimed more than 10,000 lives.

“Ukraine is in a war with Russia, and the security assistance that we provide Ukraine is significant,” Lt. Col. Alexander Vindman, the National Security Council’s Ukraine expert, told lawmakers earlier this week.

“Absent that security assistance and, maybe even more importantly, the signal of support for Ukrainian sovereignty and territorial integrity,” he continued, “that would likely encourage Russia to pursue further aggression, further undermining Ukrainian sovereignty, European security, and U.S. security.” 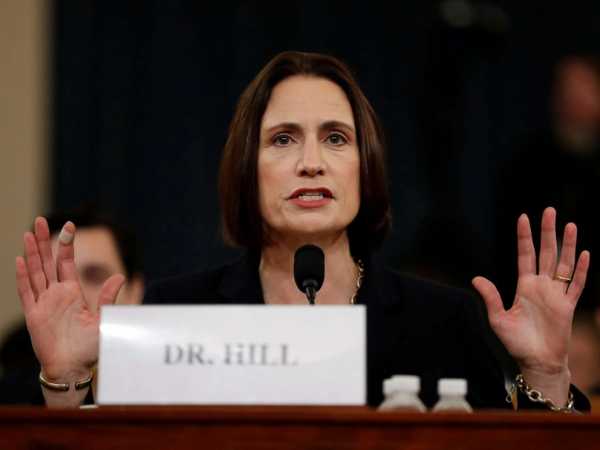 Others have echoed that point.

Presented with the premise that Ukraine is engaged in a “hot war” with Russia, Laura Cooper, a senior Pentagon official who testified Wednesday, said, “I and my [Pentagon] colleagues advocated strenuously for the release of these funds because of their national security importance.”

The U.S. Ambassador to the European Union, Gordon Sondland, testified that “this security aid was critical to Ukraine’s defense and should not have been delayed.”

The aid was ultimately released in September after reports in the press and a nascent inquiry in the House, a point Republicans have highlighted in defending the president.

A ’fictional narrative’ on election interference

Beyond the physical battlefield and into the cyberspace, several witnesses have criticized a theory promoted by President Trump and his personal attorney, Rudy Giuliani, that Ukraine meddled in the 2016 election on Hillary Clinton’s behalf — conflicting with the unanimous finding from the U.S. intelligence community that Russia launched a massive effort to interfere and sway voters in support of Trump.

This is a finding that has been repeated throughout Trump’s presidency, including by FBI Director Chris Wray and former special counsel Robert Mueller as well as by Republican lawmakers.

Dr. Fiona Hill, a former NSC official, put the finest point on this matter, testifying Thursday that the theory “is a fictional narrative that has been perpetrated and propagated by the Russian security services themselves,” adding that “it is beyond dispute” that Russia took significant steps to undermine our election.

David Holmes, a State Department official based in Kyiv, said Thursday the Ukraine theory serves “to deflect from the allegations of Russian interference,” and Vindman added that the theory is nothing more than «a Russian narrative that President Putin has promoted.”

Without hesitation, the Russian leader has already seized on the opportunity to further promote it after long-denying its own 2016 election interference. 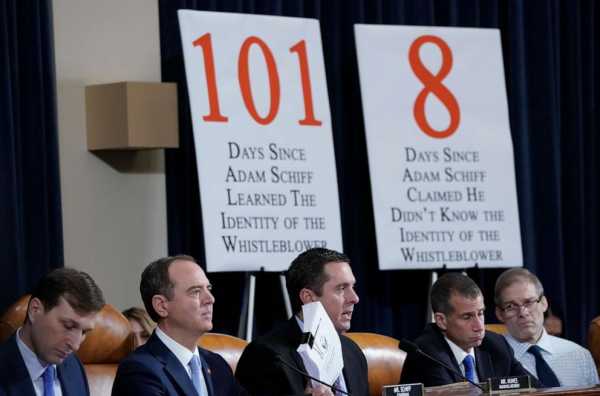 Ranking member Rep. Devin Nunes delivers opening remarks before ahead of testimony before the House Intelligence Committee on Capitol Hill, Nov. 21, 2019, in Washington.

“Thank God, no one is accusing us of interfering in U.S. elections anymore; now they’re accusing Ukraine,” Putin said Wednesday. “Well, let them sort it out among themselves. But this factor of the domestic political struggle affects— still negatively affects— Russian-American relations, I hope that this will someday end. We are ready for this.”

Meanwhile, experts have told ABC News that 2020 presidential campaigns “are under-prepared» to deal with efforts of foreign governments to compromise the integrity of the upcoming election.

Impeachment discord in U.S. is just what Russia ‘was hoping for’

Putin has also stood to benefit in a third, more existential way stemming from the impeachment inquiry – exploiting divisions within the United States.

Russia did so in the 2018 midterm election and with other politically charged issues like the NFL — and now hopes to do so with impeachment.

Discord caused by the inquiry itself could serve to degrade the United States’ voice on the international stage, according to Christopher Swift, a professor of national security at Georgetown University, illustrating how the implications of such a major domestic spat resonates beyond our borders.

“The disruption that impeachment has caused for the State Department, National Security Council, and the White House itself strengthens the Kremlin’s position going into negotiations with Ukraine on the resolution of a five year old war,” Swift said.

President Volodymyr Zelenskiy of Ukraine is slated to meet with Putin in Paris next month, where the two will have a chance to discuss the conflict in Ukraine’s eastern region.

Leaders of France and Germany are expected to join Putin and Zelenskiy for the talks. President Trump is not expected to attend.