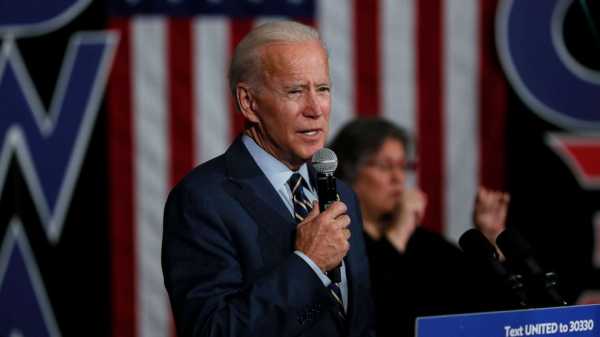 Former Vice President Joe Biden’s campaign is hoping to capitalize on his lengthy history on the world stage as his team launches a new television ad in the battleground state of Iowa and as his position in several national polls tightens.

The ad seeks to draw a contrast between President Donald Trump’s handling of foreign affairs versus what the campaign touts as Biden’s wealth of experience in the foreign policy realm honed by his over 30 years in the United States Senate and eight years as vice president.

Biden’s team is launching a new television ad in Iowa, the first that will focus on Biden’s wealth of experience in the foreign policy realm, honed by his over 30 years in the United States Senate and eight years as vice president.

“We live in the most dangerous moment in a generation. Our world, set on edge by an erratic, unstable president. Dictators and tyrants are praised, our allies, pushed aside,” the ad entitled “Moment” begins over black and white still images, including photos of President Trump, Vladimir Putin, and Kim Jong Un.»

“This is a moment that requires strong, steady, stable leadership. We need someone tested, and trusted around the world. This is a moment for Joe Biden — a president with the experience to lead,” the ad continues, transitioning to color photos highlighting Biden’s time in public office.

The 30-second broadcast version of the ad, which is set to begin airing in Iowa on Tuesday, and the 15-second digital version are part of a previously announced $4 million media buy in Iowa.

The ad airs ahead of the first public hearing in the impeachment inquiry of President Trump—proceedings which stem from his July phone conversation with the president of Ukraine, Voldymyr Zelenskiy, who he may have urged to launch an investigation into Joe Biden and his son, Hunter Biden.

In Iowa, a recent Quinnipiac poll showed essentially a four-way tie at the top of the pack between Biden, Warren, Sanders and Buttigieg among likely caucus-goers.

A Monmouth University poll out this week had Buttigieg topping the field, yet still within the margin of error, at 22%, among likely Democratic caucus-goers. Biden is close behind with 19%, Warren is at 18% and Sanders rounds out the top four with 13%.

Biden’s campaign is hoping to capitalize on that and make deeper inroads in the Hawkeye state. 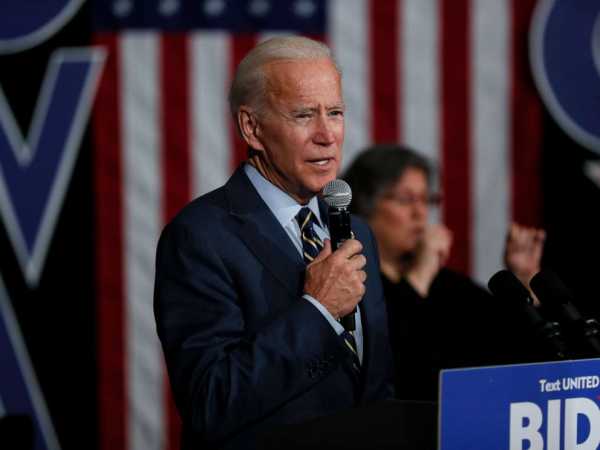 The ad launch comes on the heels of Biden’s second trip to Iowas in two weeks’ time, and the day after the campaign launch of two new policy proposals focused on veterans and military families.

The messaging in the ad mirrors a similar sentiment Biden has shared on the trail, including during a Veterans Day town hall in Oskaloosa, Iowa, on Monday.

“Right now, we don’t really have a foreign policy. I’m not being facetious — we don’t have a foreign policy. We are embracing thugs like Putin and Kim Jong-un. This president’s talking about love letters with a butcher. This guy had his uncle’s brains blown out sitting across the table, his brother assassinated in an airport. This is a guy who has virtually no social redeeming value,” Biden said, referring to Kim.

An advisor to the Biden campaign tells ABC News they believe Biden has set himself apart within the Democratic Party with his foreign policy credentials, particularly after the October Democratic primary debate, and indicated they plan to lean into the messaging on Biden’s resume this week as the impeachment inquiry is center stage.

Following the release of the ad, the campaign rolled out 133 endorsements for Biden from former national security officials who have served across seven different administrations.

As part of the new ad buy, the campaign is also planning to amplify Biden’s rope line interactions with Iowa voters as a way to showcase his ability to make personal, and often times emotional, connections on the trail, a key to winning support in the critical first primary contest. The campaign plans to push these moments out on Facebook, Instagram and YouTube in the coming days.

On the trail in Iowa, Biden has begun hosting more town hall-style events that allow for audience interaction and has stepped up his messaging on experience, arguing that he is better prepared than the rest of the Democratic field to take the reins of America’s massive foreign policy apparatus.

“The next president is going to inherit a divided nation and a world in disarray. That’s just a fact. It’s going to require someone who can truly unite this nation at home and someone who can command the respect of world leaders on day one,” Biden said at a town hall in Maquoketa, Iowa, in late October.

The ad launch comes on the heels of Biden’s second trip to the Hawkeye state in two week’s time, and the day after the campaign launch of two new policy proposals focused on veterans and military families.