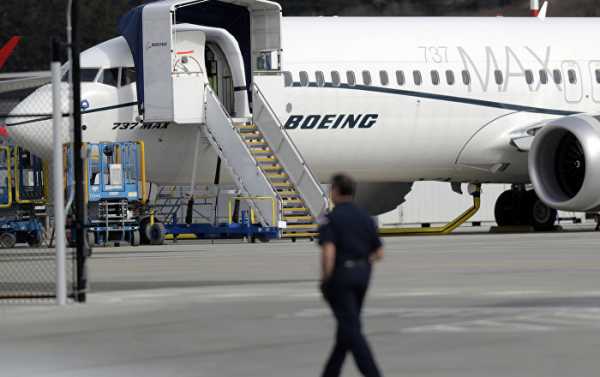 American airplane manufacturer Boeing announced Monday that its 737 Max 8 jet, which has been grounded for nine months following two deadly crashes, is expected to return to commercial service in January.

«We are working towards final validation of the updated training requirements, which must occur before the MAX returns to commercial service, and which we now expect to begin in January,» Boeing’s statement reads.

A Boeing 737 Max 8 plane operated by Ethiopian Airlines crashed on March 10 after taking off from Addis Ababa, Ethiopia, at around 8:30 a.m., killing all 157 people onboard. According to Ethiopian Airlines, contact with the plane was lost at 8:44 a.m., just a few minutes after it took off. On October 29, 2018, a Lion Air-operated 737 Max 8 crashed into the Java Sea just minutes after taking off from the Indonesian capital of Jakarta. All 189 people onboard were killed.

The plane’s new flight control system, the Maneuvering Characteristics Augmentation System (MCAS), was found to be the cause behind the accidents. The MCAS, designed to be a safety feature, is supposed to evaluate sensor data and push the plane’s nose down to keep it from stalling in the event that the nose of the plane is too high.

«We’re providing detailed documentation, had them fly in the simulators, and helped them understand our logic and the design for the new procedures, software and proposed training material to ensure that they are completely satisfied as to the airplane’s safety.”

Boeing must also receive approval from the Joint Operational Evaluation Board regulatory body before the Max 8 is approved for commercial use.

Last month, Kevin McAllister, then the CEO of Boeing’s Commercial Airplanes division, resigned and was replaced by Stan Deal.

When Boeing engineers realized that the position of the larger engines would cause the plane to stall by tilting its nose too high, they installed the MCAS “to compensate for the extra pitch produced by its larger engines at elevated angle-of-attack,” the Wall Street Journal reported in March.