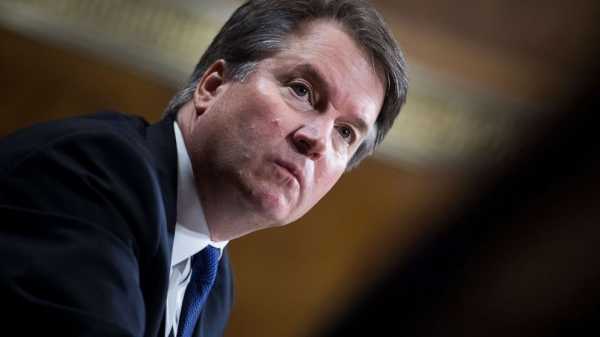 In his first public speech as justice, one year after a polarizing Supreme Court confirmation, Brett Kavanaugh heaped gratitude on his supporters and extended an olive branch to critics with praise for the court’s liberal wing.

«They are patriots,» Kavanaugh said of his eight colleagues on the bench, adding the conservative Federalist Society on Thursday night. «They love our court and love our country.»

They are «collegial, gracious and respectful,» he added. «A team of nine.»

Kavanaugh notably singled out Justice Ruth Bader Ginsburg — a celebrated feminist icon reviled by some right-wing activists — as an «inspiration.»

«I’m grateful for Justice Ginsburg for being so generous to me,» he said of her repeated praise and public recognition of Kavanaugh being the first justice in history to hire a staff of all-women clerks.

Kavanaugh also highlighted the spirit of decency shown by two of the court’s ideological opposites: Justices Clarence Thomas and Ginsburg.

«Very different people. Very different judges. But two dedicated, hardworking, generous souls,» he said. «I think the collegiality of our court today is perhaps best represented after every oral argument when Justice Thomas and Justice Ginsburg walk arm-and-arm down the steps in back of the bench.»

Kavanaugh was given a standing ovation by the capacity crowd of 3,000 black-tie guests at the annual convention of the Federalist Society, whose executive vice president, Leonard Leo, has advised President Donald Trump on judicial nominees. Tickets for the sold-out event in Washington went for $200 for members and $250 for non-members. 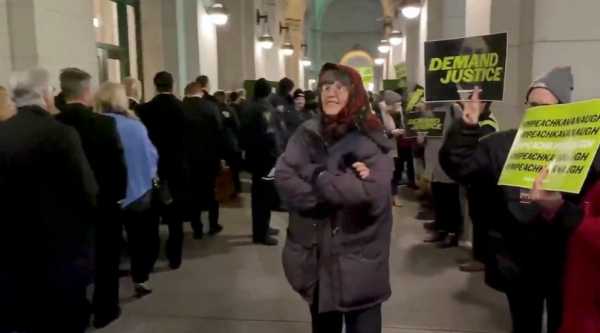 In sharp contrast to Kavanaugh’s message, his critics forcefully made clear their continued opposition to his confirmation.

Several protestors disrupted his speech by loudly blowing whistles from different parts of the room before being rounded up and ushered out. Meanwhile, outside the venue, a bright giant video screen replayed the testimony of Kavanaugh accuser Dr. Christine Blasey Ford before the Senate Judiciary Committee.

«I knew I signed up for an ugly process. … Well, maybe not that ugly,» he said. «But my friends stood up and stood by me. I’ll always be grateful. I’m on a lifetime mission to thank all of my friends over and over again.»

Kavanaugh, 54, has kept a low profile since his polarizing 2018 confirmation battle — one of the most divisive in history — which involved claims he sexually assaulted several women while in high school and college. He has strongly denied the allegations.

His opponents have been unrelenting in their criticism, earlier this year calling for Democrats to open impeachment hearings into his conduct.

Activists have protested his position on the faculty of George Mason University’s Antonin Scalia Law School for which he taught a summer course in England on the origins of the U.S. Constitution, and said his involvement in cases relating to women’s rights would be forever tainted.

One of Kavanaugh’s accusers, Christine Blasey Ford, recently defended her decision to deliver dramatic testimony before the Senate Judiciary Committee in the days before a confirmation vote.

«I simply thought that it was my duty as a citizen and that anyone in my position would do the same thing,» she said at a YWCA event where she was recognized for speaking out.

For his part, Kavanaugh has tried to smooth over the controversy.

In October 2018, after being sworn in, Kavanaugh addressed the nation from the East Room of the White House promising to «be a force for stability and unity.»

«The Senate confirmation process was contentious and emotional. That process is over. My focus now is to be the best justice I can be,» Kavanaugh said. «I take this office with gratitude and no bitterness.»

One of his first acts as a justice was to hire four Supreme Court law clerks — all women — a move that garnered repeated public praise from Ginsburg.

«There is a very important first on the Supreme Court this term, and it’s thanks to our new justice, Justice Kavanaugh,» Ginsburg said in the July 2019 appearance. She has also called her new colleague «very decent and very smart.» 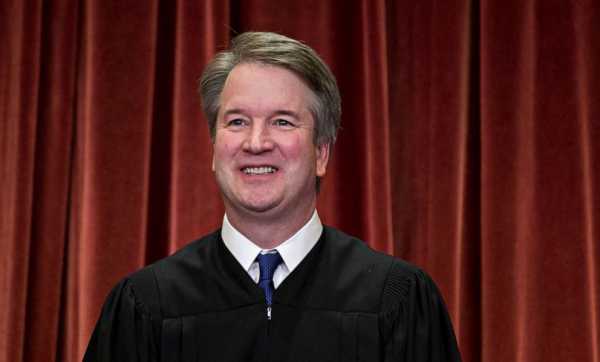 PHOTO:Brett Kavanaugh, associate justice of the U.S. Supreme Court, poses during the formal group photograph in the East Conference Room of the Supreme Court in Washington, D.C., Nov, 30, 2018.

His tone in questioning during oral arguments and in written opinions has been both measured and straightforward, legal analysts have said. Conservatives have celebrated his votes as reliably supportive of their views.

Kavanaugh sided with Chief Justice John Roberts in every case except one during his first term. He voted to uphold a Latin cross war memorial on public land in Maryland, to allow the Trump administration to include a citizenship question on the 2020 Census, and to keep the courts out of policing partisan gerrymandering.

In February 2019, Kavanaugh broke with Roberts to dissent in a 5-4 decision blocking a controversial Louisiana abortion law from taking effect. But he joined the chief in siding with the liberal justices in a 2018 case involving Planned Parenthood funding.

Both Kavanaugh and Gorsuch could prove to be critical votes for Trump in several cases.

The justices are deciding whether to uphold Trump’s 2017 decision to end Deferred Action for Childhood Arrivals, or DACA, and whether to prohibit employment discrimination against LGBT Americans under Title VII of the Civil Rights Act, a position which Trump opposes.

The president’s legal team also plans to appeal a lower federal court ruling ordering his accounting firm, Mazars, to turn over Trump’s financial records to congressional investigators who have subpoenaed them.