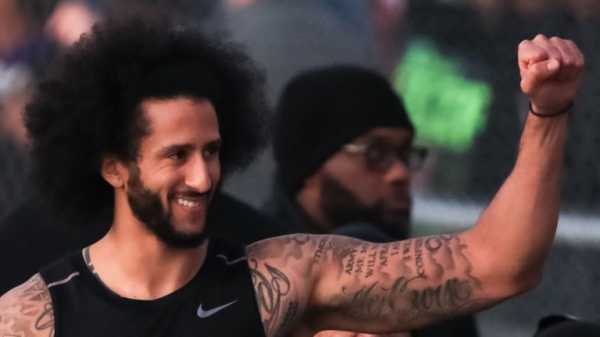 Quarterback Colin Kaepernick said he remains «ready» to join an NFL team after working out in front of representatives from eight teams on Saturday.

The former starting quarterback for the San Francisco 49ers is seeking a return to the NFL three years after his protests against racial injustice roiled the sport. 1:28 Kaepernick showed off his range of passing during his public workout

The number of teams represented was about a third of the expectation, after Kaepernick changed the time and location of the workout earlier on Saturday and opened it up to the media against the NFL’s wishes.

Backed by his representatives, Kaepernick changed the time of the workout, which was moved to Charles Drew High School in Riverdale, Georgia, about 60 miles from the Atlanta Falcons’ training complex in Flowery Branch, where the session for 25 teams was originally scheduled to take place.

Apparently, the change in venue didn’t affect Kaepernick’s performance. ESPN’s Adam Schefter reported that an NFL executive at the session told him Kaepernick’s arm is «elite» and that he threw the ball well.

Kaepernick worked with several free agent wide receivers, including Bruce Ellington and Brice Butler, and friend and Carolina Panthers safety Eric Reid was there to support him for a portion of it.

Prior to the showcase, Kaepernicks’s representatives expressed that they had issues with a liability waiver the league provided the QB to sign, and wanted members of the media to be able to see the workout and also videotape it. 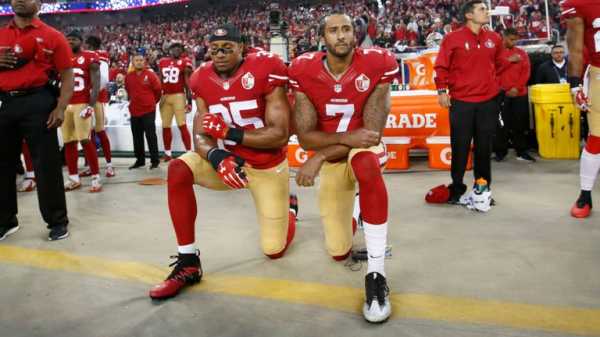 «Our biggest thing with everything today was making sure we had transparency in what went on,» Kaepernick said afterward. «We weren’t getting that elsewhere, so we came out here. It’s important that y’all (the media) are here.»

Former Cleveland Browns head coach Hue Jackson, with the help of former Miami Dolphins head coach Joe Philbin, were set to direct the original session, but they did not once Kaepernick’s plans changed.

After the change of plans, the NFL released a statement that read in part: «We are disappointed that Colin did not appear for his workout. He informed us of that decision at 2:30 p.m today along with the public.

«Today’s session was designed to give Colin what he has consistently said he wants — an opportunity to show his football readiness and desire to return to the NFL. Twenty-five (25) clubs were present for the workout, and all 32 clubs, their head coaches, general managers, and other personnel executives would have received video footage of the interview and workout, shot by the Atlanta Falcons video crew.

The lengthy statement ended with, «Colin’s decision has no effect on his status in the League. He remains an unrestricted free agent eligible to sign with any club.» 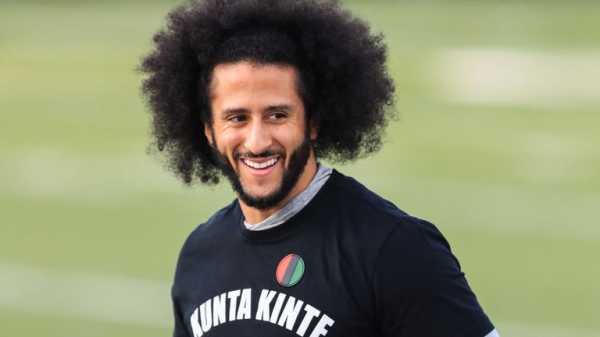 Nalley also spoke to reporters afterward, but he wasn’t optimistic about the odds of a team signing his client.

«I hope so, but I don’t know,» Nalley said. «I’ll be honest, I’m a little bit pessimistic because I’ve talked to all 32 teams. I’ve reached out to them recently and none of them have had any interest.

«I talked to the NFL people out here today. They said his arm talent is elite, that it’s the same as when he came out of college. I even asked them if you want to get him on a scale, see what he weighs — they said, ‘We don’t need to. He looks ripped. He looks in great shape.'»

Kaepernick, the former San Francisco 49ers quarterback who began kneeling on the sideline during the national anthem to bring attention to social injustice, has not played since the 2016 season.

The 32-year-old has played six seasons in the NFL and participated in six postseason games, including Super Bowl XLVII in 2013, when the 49ers lost 34-31 to the Baltimore Ravens.