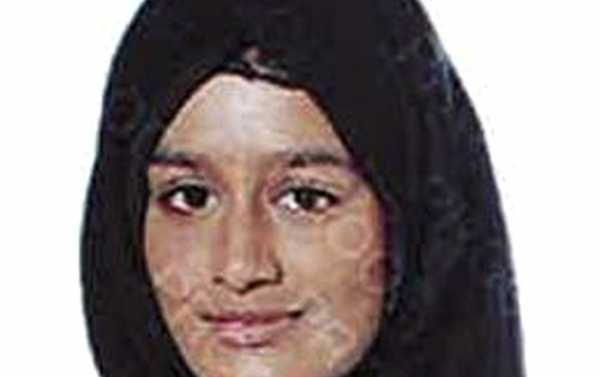 Begum and two other girls travelled to Syria in 2015 to join the notorious terrorist group. In 2019, in an interview with The Times, the young woman said she didn’t regret joining Daesh* and voiced her intention to return to Britain.

Daesh bride Shamima Begum and other UK nationals who joined Daesh сould soon be deported back to the United Kingdom. Currently, she is holed up in a prison camp for terrorists and their relatives in Syria, but if Damascus starts repatriating foreign Daesh fighters to their home countries the way Turkey did last week, Ms Begum and other Brits may soon be sent back home.

On 14 November, Turkey deported a 26-year-old man to the UK, who was arrested immediately on suspicion of terrorism offences. David Otto, a counter-terrorism and organised crime expert at Global Risk International, told the Daily Star: “If Syria is allowed to follow Turkey and send back foreign Jihadist fighters then there is a potential chance for the likes of Shamima Begum to get the all clear. The process of deportation must be agreed upon by both sending and receiving states”.

Ms Begum, who travelled to Syria in 2015 to join the terrorist group, was stripped of British citizenship after she made several controversial comments about life under Daesh in an interview with The Times in 2019. Speaking with the newspaper, the young woman admitted that she had no regrets about joining the terrorist group, but said she wanted to return to Britain together with her baby, who at that time was still alive.

The Home Office’s decision to revoke her citizenship sparked heated discussions in the public on whether Begum and other Brits that joined the infamous terrorist group should be repatriated to the UK. Alex Younger, head of the UK’s MI6 intelligence agency, said that people who joined Daesh have potentially acquired skills and connections and hence their repatriation poses a danger to national security. Supporters of repatriation say that UK nationals who joined the terrorist group should be tried at home and enrolled in deradicalisation programmes. Opponents of the measure, on the other hand, argue that it would be hard to convict returnees as there could be insufficient evidence, given the uncertain circumstances in which they were arrested, and question efficiency of deradicalisation programmes.

The issue has become an international problem as thousands of Western nationals joined Daesh. Turkey said it had deported 7,600 foreign national back to their home countries and plans to repatriate another 2,500. Ankara has criticised European states, including Britain, the Netherlands, and Denmark for stripping their nationals of citizenship and refusing to repatriate them. “We are not a hotel for IS members from any country”, said Turkish Interior Minister Suleyman Soylu. More than one thousand Daesh foreign nationals are now stationed in Turkish prisons, many of them Europeans – Brits, Danes and Dutch».

Since she was stripped of her citizenship, Begum confessed that her positive comments about the terrorist group were a way to protect herself and her son, as she was afraid of other Daesh members.

David Otto said that the deportation of Begum and other UK nationals that joined Daesh could happen much faster if Syria is unable to find any material evidence to prosecute Begum and her counterparts.