1:01 Will Blackmon and Takeo Spikes think Tom Brady can inspire the Patriots to their seventh Super Bowl — even at 42-years-old

But, Brady may have finally reached that cliff edge, in the shape of a Week Four meeting with the Buffalo Bills in which, though the Patriots won, Brady completed only 18 of 39 passes for 150 yards and one interception.

It was the first blot in a seven-game stretch of struggles for Brady — seven touchdowns thrown to five interceptions and 80.6 passer rating, good enough for 26th among the 32 active quarterbacks in the league over that span. Not exactly G.O.A.T-like numbers.

But New England’s struggles aren’t limited to Brady. They’ve averaged 91.0 rush yards per game this season (24th in the NFL), with sophomore back Sony Michel tallying only 3.3 per attempt — the second-lowest in the league of players with 100+ carries. 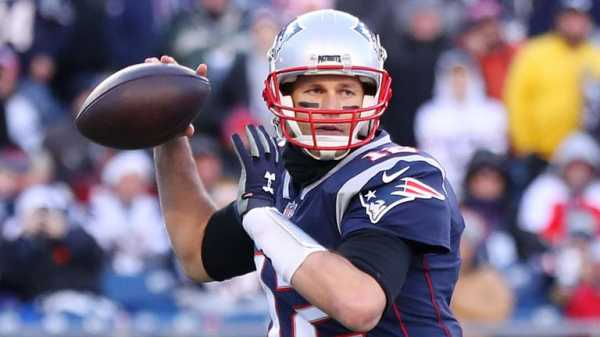 It all contributes to a middling, 16th ranked offense (359.9 YPG) — the Patriots’ lowest mark since 2006 — but, as well as benefitting from a weak schedule, New England’s saviour has been the stunning play of their No 1 ranked defense.

And that league-leading defense is set to get a stern test of its credentials when it hosts the Cowboys and their No 1 ranked offense on Sunday night — live on Sky Sports Action from 9.25pm.

The Cowboys are currently averaging 444.6 yards per game, while New England is holding the league to a low of 249.9 yards per contest, as well as sitting No 1 in scoring defense at only a measly 10.8 points per game allowed.

But could the Cowboys and their new ‘Triplets’ threat of quarterback Dak Prescott, running back Ezekiel Elliott and wide receiver Amari Cooper be the ones to break through the stubborn Patriots D, signalling the return of the glory days back to Dallas?

In their toughest examination so far, against Lamar Jackson and the Baltimore Ravens (8-2), New England folded to the tune of 37 points in a Sunday Night Football drubbing — they’d not given up more than 14 points in any other game this season, though only one of those opponents, the Bills (7-3), currently has a winning record. 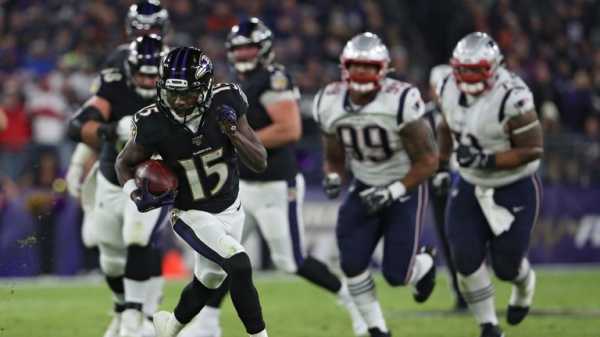 6:30 Highlights of the New England Patriots up against the Baltimore Ravens from Week Nine of the NFL

Prescott, like Jackson, is playing at an MVP-calibre level, though his fine work is coming almost exclusively through the air, as opposed to combined with his running talents.

Prescott has 21 touchdown passes through 10 games, already just two fewer than his previous high of 23 set across his entire 2016 rookie campaign, while he leads the NFL with 3,221 passing yards this season, putting him on pace to achieve something not even Aikman, nor Roger Staubach achieved — in being the first Cowboys quarterback to lead the NFL in passing yards for a full season.

Prescott also has four games with at least 375 passing yards and two touchdown passes in 2019, the latest coming in last week’s 35-27 win over the Detroit Lions (444 yards, three TDs). It places him in elite company, level with 49ers great Joe Montana’s four in 1990 and behind only Peyton Manning’s six in 2013. 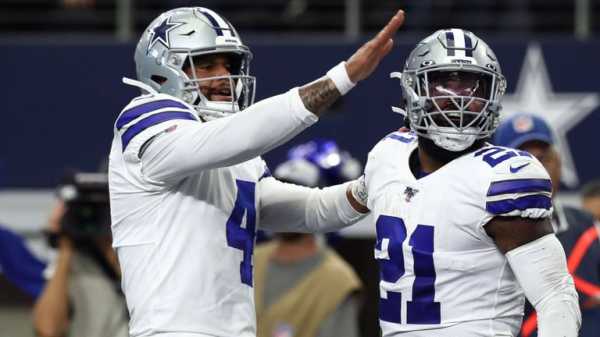 That’s not to say Prescott is not prone to errors. He has nine interceptions over 10 games, while the talent-rich Cowboys have lost four of those already and are no shoe-in for the postseason, unlike the Patriots.

But, the signs for Dallas are encouraging. In his career against teams coming in with the league’s No 1 defense, Prescott is 2-0, with a 118.8 passer rating — a 69.8 completion percentage, five TDs and zero interceptions. And the Cowboys are 28-2 in games where Prescott has a 100+ passer rating.

A win on Sunday night, in Foxborough, would serve as a statement that Prescott and this Dallas outfit are legit, ready to reclaim their NFL throne from New England.

But, have we not been here before? Any proclamation of the Cowboys as contenders in recent years has proven only a false dawn, while any doubters of the Patriots are swiftly silenced with the winning of another championship.

Will Sunday suggest any different?

Watch Cowboys at Patriots live on Sky Sports Action from 9.25pm on Sunday night following on from Seahawks at Eagles from 6pm, with build-up from 5pm; RedZone is on Sky Sports Mix (channel 145) from 6pm.