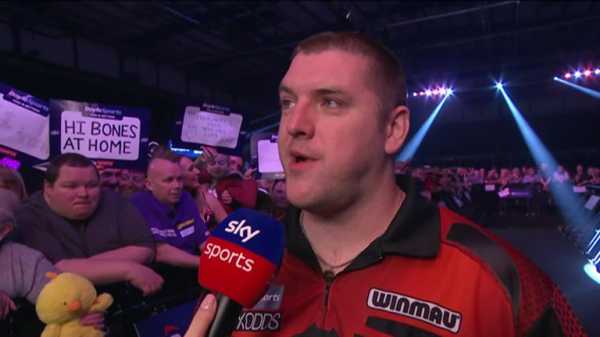 1:39 Gurney reacts to his win over Brendan Dolan

As the business end of the season gets into full swing and the World Championships come into sight over the horizon, Gurney will be hoping to go further than his previous best effort of a quarter-final at the Ally Pally in 2017, but knows he must iron out some creases in his game.

«I’m still making mistakes that are costing me,» he lamented. «It cost me [against Gabriel Clemens], it cost me in Amsterdam (World Series of Darts Finals).

«If I can get rid of those stupid small mistakes, and we’re talking three darts at a double, those kind of mistakes… if I can take out those mistakes and be at the peak of my powers whenever the Worlds come round, I’ll be a force to be reckoned with. 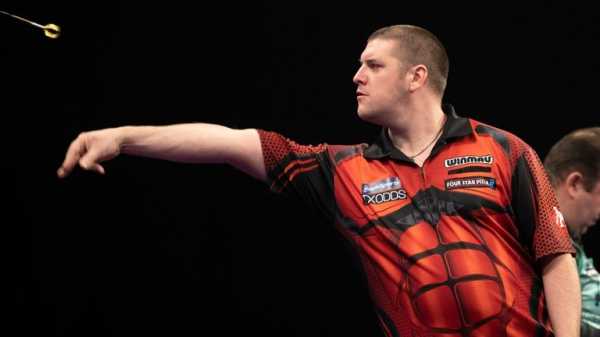 «I know even in that game (against Dolan), I was one thousand per cent concentrated when I had three darts at the double, whereas previously I was thinking, one of these darts is going to slide in. Whenever you’re an inch away with the first two, and panic sets in with the third dart, and you don’t hit it, it’s a wee bit hard. I was 100 per cent focused in that game.»

Right now, he is fully concentrated on the task at hand. On Wednesday evening, he faces Michael Smith in Wolverhampton, with a Grand Slam quarter-final berth on the line. The ‘Bully Boy’ poses another major challenge to ‘Super Chin’.

«He beat me in the UK Open over the same format,» explained Gurney. «But I’m playing better now than I was then, and I think he probably is as well.

«He’s a far more natural darts player than I am, but I’ve got more grit and determination than he has, so hopefully I can come out on top in that game.»

Coverage of the Grand Slam of Darts continues on Wednesday with the start of the knockout stages. Join us on Sky Sports Action & Main Event from 7pm and follow along with all the news, interviews & results at www.skysports.com/darts