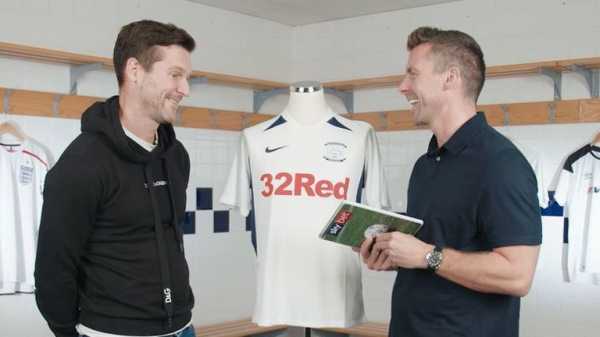 As Preston striker David Nugent prepares to return to former club Derby, he met up with Sky Bet to discuss the highlights of his career, from his one England cap and goal to being best man at Jamie Vardy’s wedding.

Nugent initially left Preston after two seasons in 2007 and went on to play for Portsmouth, Burnley, Leicester, Middlesbrough and Derby before returning to Deepdale this summer.

In an excerpt from the interview, Nugent recalls his one and only appearance for England, when he scored his infamous goal against Andorra in 2007…

«It was a madness,» remembers Nugent. «I remember the game that Steve McClaren came to watch, we were playing Ipswich at home. I’m not being funny, I probably had the worst game of my career! I always score against Ipswich but in this game I had a shocker, and I remember thinking ‘oh my god, I’m never getting called up’.

«But England were struggling for strikers, there were a lot of injuries and suspensions. I was playing well for the U21s and I think Steve McClaren was like to the manager, ‘who is your best one you’ve got there, is it worth calling someone else up or shall I give Nuge a chance?’.

«I had a phone call off Steve McClaren saying, ‘Listen, Nuge, I want you to come to the England squad,’ and I couldn’t believe it. I had so much press coverage, I had ITV coming around to my house in Liverpool, on a council estate, it was just mad, like doing interviews and my mum and dad were doing interviews. 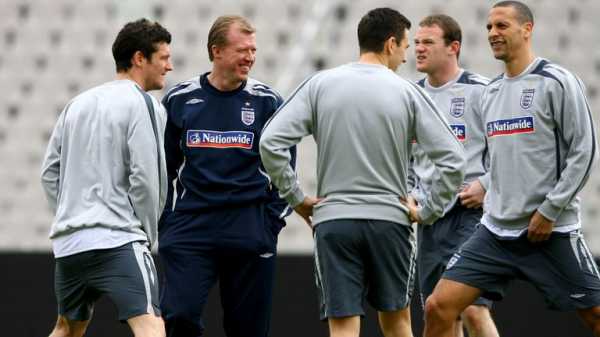 «It’s basically like moving to a new club. You’re quiet for the first week, don’t want to say anything and then you tend to start just getting involved. Just training with them was unbelievable.

«The first game was Israel away but I wasn’t involved or in the squad, so I’m thinking ‘oh I’m just here for the numbers’. We drew 0-0 away in Tel Aviv, and then we played Andorra at Espanyol’s stadium and he named the squad and I was on the bench. 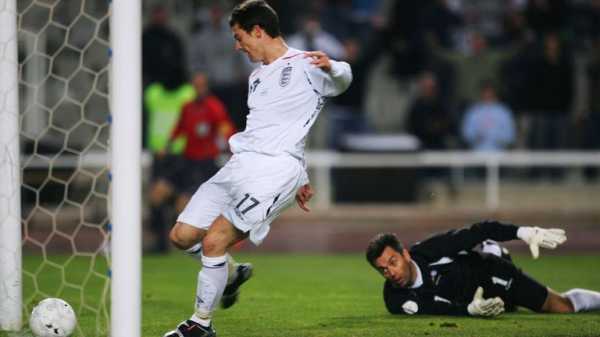 «I was thinking it must just be a little bit of experience for me and I didn’t think I was ever going to come on. But it was a time where Steve McClaren was under pressure, trying to qualify for the Euros. It was 0-0 at half-time, I think if it was 5-0 I might have come on, but because it’s 0-0 I’ve got no chance. Then Steven Gerrard just scored two goals and within a matter of 20 minutes it was 2-0 and [McClaren] was like, ‘Nuge, warm up’.

«I was trying to but my legs were shaking, you’re like, ‘oh my God, this could be my chance’. There was 20 minutes to go, I’ve come on, and I’ve missed a chance in the first five minutes. Stewart Downing has pulled one back and I’ve had a shot that’s gone wide and I think that’s my chance over. But then last minute of the game Jermain Defoe gets the ball and he has a shot, the keeper saves it and you can see it like rolling in but I’m thinking I’m going to get this. I’m not leaving it! 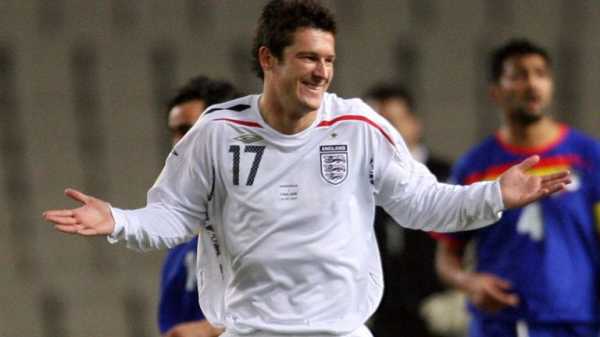 «I’ve ran in and scored, basically on the line, and Jermain has run off celebrating. I was like, ‘it’s mine, it’s mine, it’s mine!’ I’m trying to celebrate and they’re all running over to Jermain but I was like it was me who scored. After the game I didn’t know if I did or not, but I had to get confirmation off BBC in the interview.

«It just gives hope to other players and you don’t see it very often now, there’s only a select few people who’ve played for England while playing in the Championship. It was a proud moment and shows if you’re good enough, you’re going to get selected. You have just got to keep trying hard and working your hardest and your chance will come.»