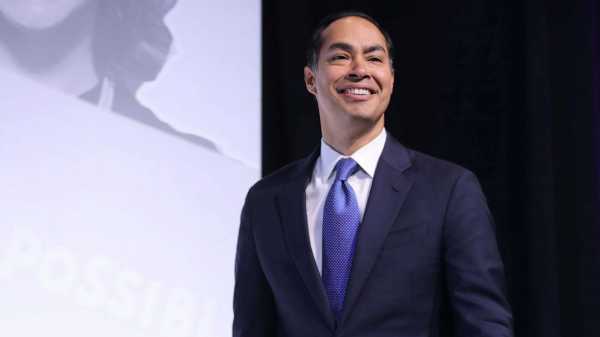 Julián Castro won’t be on the debate stage Wednesday night, but that isn’t stopping the Democratic presidential candidate from making a splash in the host city of Atlanta, holding two events as the 10 front-runners ready themselves for the MSNBC/Washington Post debate.

Meeting for a discussion on political commentator Angela Rye’s podcast «On One» Monday night, Castro said he came to Atlanta on the eve of the debate for one main reason.

«Number one, because this is where all they all are, and this is a campaign. So we want to make sure we get our message out. So it’s as simple as that,» Castro said.

(MORE: Julián Castro: Everything you need to know about the 2020 presidential candidate)

And while he won’t be on the stage, Castro said he would aim to still be a part of the conversation Wednesday night through social media, adding that he thinks his presence will be felt on topics he says he’s led the way on.

«I’m not on the debate stage, but I’ve shaped a lot of the debate already — whether it’s been on housing, on police reform, on immigration — I’ve already moved a lot of the candidates, and shake that debate and I’m going to keep doing it,» Castro said. «It’s unfortunate that I’m not on that debate stage, but I’ll keep using my voice, and I believe that we’re going to get stronger and stronger this campaign.» 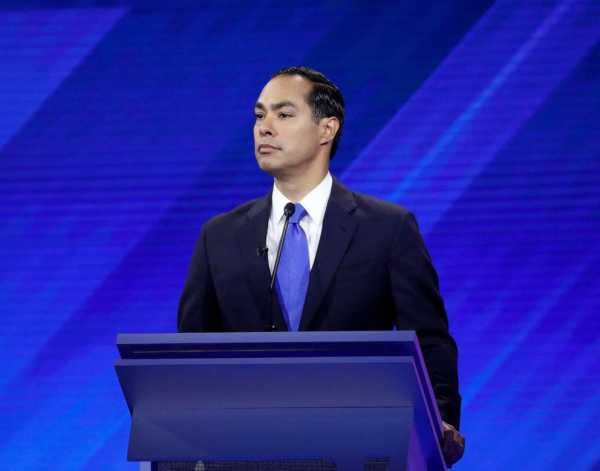 Although Barack Obama’s former Housing and Urban Development Secretary qualified for the first four debates of the election cycle, and although he met the Democratic National Committee’s fundraising requirements of at least 165,000 unique donors, he failed to meet the DNC’s polling requirements of 3% support in at least four early state or national polls. He qualified in none.

Castro isn’t the only candidate not on stage.

Colorado Sen. Michael Bennet, Montana Gov. Steve Bullock, former Maryland Rep. John Delaney, former Pennsylvania Rep. Joe Sestak and author Marianne Williamson also won’t appear. None of those candidates’ campaigns announced they had reached the donor threshold, and none of them secured any qualifying polls, according to an ABC News analysis. Bennet, Bullock, Delaney and Williamson didn’t qualify for the third and fourth debates. Sestak hasn’t qualified for any of the debates. 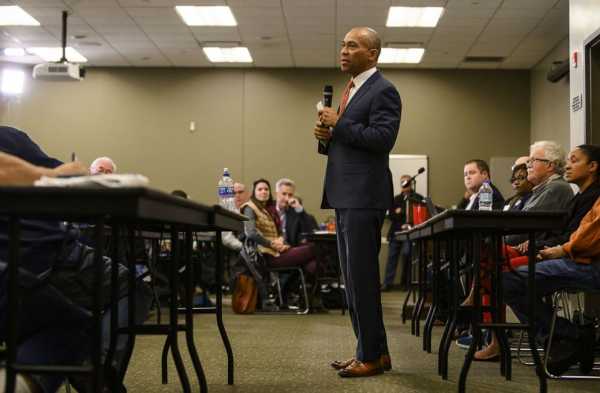 Democratic presidential candidate Deval Patrick speaks at a meeting of the Polk County Democrats on Nov. 18, 2019, in Des Moines, Iowa.

Newcomer former Massachusetts Gov. Deval Patrick told reporters at Sunday night’s «First in the West» dinner in Las Vegas that while he would be trying to meet the debate qualification requirements, it wasn’t a platform in which he was fully confident.

«I think the threshold requirements for participating in the debate are enormously important,» Patrick said. «And I’m going to be trying to meet those requirements just as quickly as possible.»

That said, Patrick questioned their overall value, adding, «I’m not sure it’s something you want to aspire to because the format is just really, really hard as a means to communicate with the public.»

Instead, Patrick’s campaign has scheduled two events in South Carolina on Wednesday, including meeting with student leadership of two historically black colleges. He’ll head to Georgia after the events and will be at Morehouse College in Atlanta.

(MORE: On ‘The View’: Julian Castro on his performance in 1st 2020 Democratic presidential debate)

«We are going to Georgia tomorrow, not to be on the stage because I haven’t qualified yet,» he said Tuesday. «I expect to qualify in the fullness of time. But I’m looking for lots of other ways [to connect with voters], not because we don’t yet qualify, but because of who I am as a person and who I am as a public servant.”

Former New York City Mayor Michael Bloomberg, who’s flirting with entering the primary himself but actually filing to have his name on the ballots in Super Tuesday voting states, said last week, after filing to appear on the ballot in Arkansas, «I’m going to finance a campaign, if there is one, with my own money so I don’t owe anybody anything.»

But Castro takes issue with the self-funders, saying unlike him, they have the means to «pump money into the effort to get on that stage.» 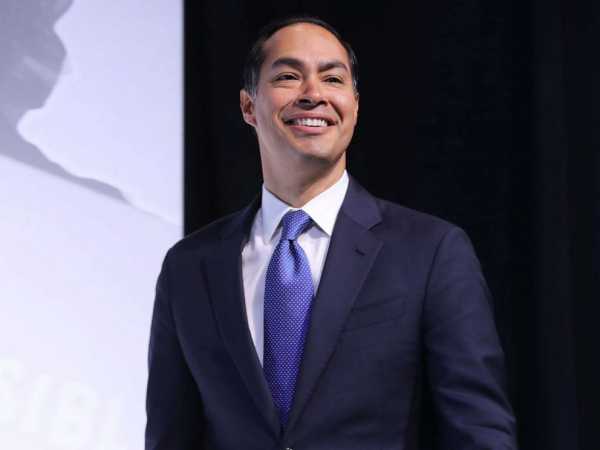 However, with four debates under his belt, Castro is no stranger to the attention and fundraising hauls potentially produced by a standout moment on the debate stage.

Just months ago at the first debate in Miami, Castro dominated headlines when he upstaged former Rep. Beto O’Rourke, his former Texan opponent, on the topic of immigration. Castro’s campaign saw one of its biggest fundraising days in the hours following that debate.

Not meeting the polling requirements for Wednesday night’s debate was just one of the latest blows to Castro’s bid for the presidency. In recent weeks, the campaign laid off staff in New Hampshire and South Carolina in order to reinvest resources in Iowa, Nevada and Texas, all of this coming after he pleaded for $800,000 in 10 days to keep his campaign alive.

Most recently, Castro began feuding with the Iowa and New Hampshire Democratic parties after calling for a reordering of the primary calendar in favor of states with more diversity, telling reporters in Iowa just last week that «the state does not reflect demographically either the U.S. or certainly not the Democratic Party.»