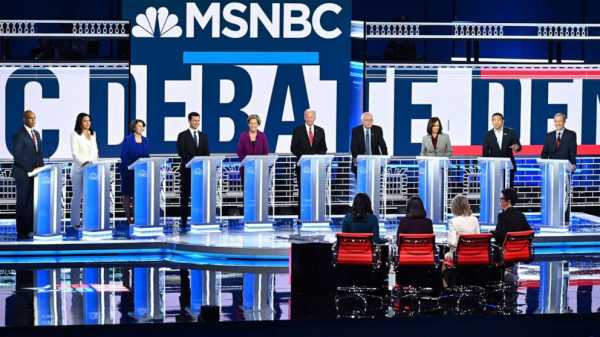 A Democratic race that’s shifting in a range of directions at once had its focus fall on one big thing that’s far from being resolved: electability.

That brought new scuffles on old debate items like taxes on the wealthy, health care and race, with no real clarity emanating. It also brought a dose of fresh scrutiny on qualifications for the presidency, with South Bend, Indiana, Mayor Pete Buttigieg now a polling front-runner in early-voting states.

The fifth Democratic debate was staid and policy-heavy by the standards of this election cycle, and Buttigieg didn’t take nearly the heat that some assumed he would. With a blockbuster day of testimony in the impeachment inquiry fresh in candidates’ and viewers’ minds, the importance of getting President Donald Trump out of office wasn’t in dispute on stage.

What was in question was how best to get that done. That challenged the Democratic candidates to explain how they would unite the country and grow their party during an enormously divisive time.

“We are absolutely going to confront this president for his wrongdoing, but we’re also each running to be the president who will lead this country after the Trump presidency comes to an end, one way or the other,” Buttigieg said.

“The next president, whoever they are, is going to have to be someone who can heal and bring this nation together — this whole nation,” said New Jersey Sen. Cory Booker.

Former Vice President Joe Biden touted himself as the best matchup against Trump, as well as the best bet to get more Democrats elected to Congress.

“We have to unify this country. I have done it – I have done it repeatedly,” Biden said. “To be commander-in-chief, there’s no time for on-the-job training.” 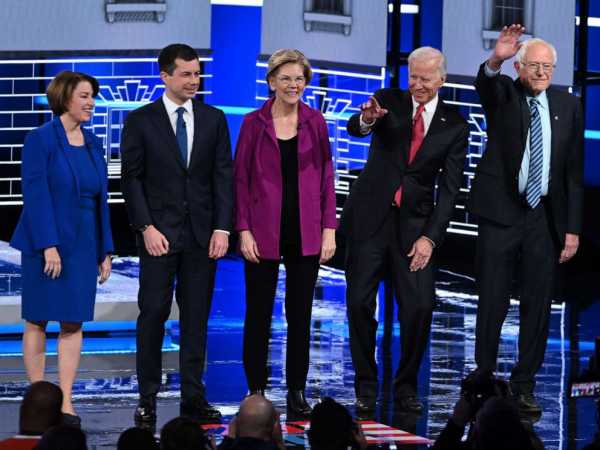 Biden warned that Medicare for All – a favorite policy of the party’s progressive wing — wouldn’t even get united Democratic support in Congress. Similarly, Minnesota Sen. Amy Klobuchar warned her rivals against hollow promises – and she at one point said “women are held to a higher standard” when it comes to qualifications for holding office.

“I think you’ve got to win, and I am the one, Mr. Vice President, that has been able to win every red and purple congressional district as the lead on a ticket every time,” Klobuchar said.

Yet a much different vision on how to get elected was offered by candidates occupying the ideological left. As she has in previous debates, Massachusetts Sen. Elizabeth Warren offered aggressive defenses of her proposals for Medicare for all and a wealth tax.

“The way we achieve our goals and bring our country together is we talk about the things that unite us,” Warren said. “And that is that we want to build an America that works for the people, not one that just works for rich folks.”

In a similar vein, Vermont Sen. Bernie Sanders pitched his plan for a political “revolution” around an even faster phase-in for Medicare-for-all than Warren has proposed. He urged his party to think big in terms of policy solutions eve at this moment.

“We cannot simply be consumed by Donald Trump,” Sanders said. “Because if we are, you know what? We’re going to lose the election.”

Electability also ran through debates among candidates who are lower-down in the polls. California Sen. Kamala Harris attacked Hawaii Rep. Tulsi Gabbard for going “full-time on Fox News” to attack former President Barack Obama, and said she “buddied up to Steve Bannon to get a meeting with Donald Trump in the Trump Tower.”

Gabbard said Harris was trafficking in “lies and smears and innuendo.” She accused Democrats are pursuing a foreign policy that has been dictated by “the military-industrial complex and other greedy corporate interests” – singling out the party’s last nominee, Hillary Clinton, as a major part of the problem.

“Our Democratic Party, unfortunately, is not a party that is of by and for the people,” she said.

The timing of this debate, on a day of weighty revelations on impeachment in Washington, is a reminder of how brutal the news cycle will be for candidates to control from here. 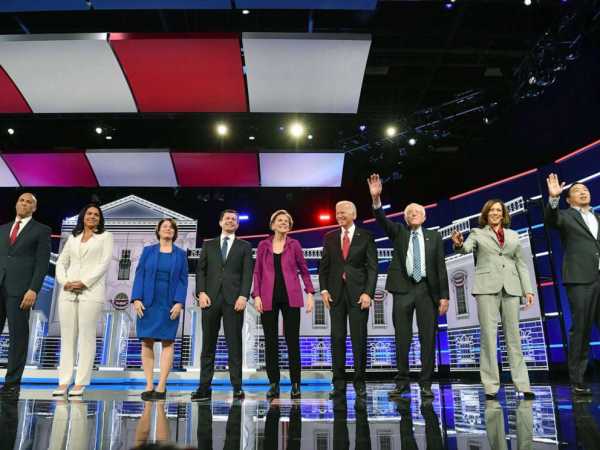 Buttigieg largely escaped attacks from his rivals, despite his surge in polls. Late in the debate, Harris was asked about some of Buttigieg’s struggles to catch on among voters of color.

“For too long, I think, candidates have taken for granted constituencies that have been the backbone of the Democratic Party,” Harris said. “The question has to be, where ya been, and what are you gonna do?”

Buttigieg chose not to take offense: “My response is, I completely agree.”

Booker circled back to the issue, criticizing Biden for coming out against marijuana legalization: “I thought you might have been high when you said it,” he said. “Marijuana is already legalized for privileged people.” 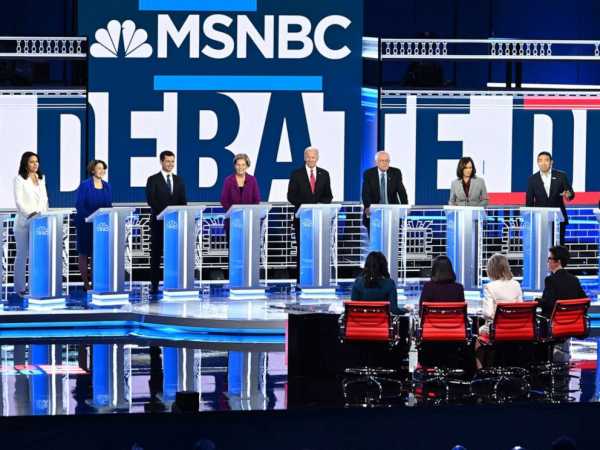 That later prompted a strange-sounding response from Biden: “I come out of a black community in terms of my support.”

The candidates sought to make impeachment relevant to their campaigns, with several arguing for broader inquiries than just around Ukraine. Half of those on stage are senators, meaning they would serve as jurors in an impeachment trial, most likely early next year.

Ten candidates appeared on stage – two fewer than last month, but still not as few as most Democratic Party insiders thought would qualify for debates this deep in the cycle.

The still-unwieldy field continues to grapple with the big question that’s central from their party in 2019, and that will be in everything in 2020: How best to beat Trump?