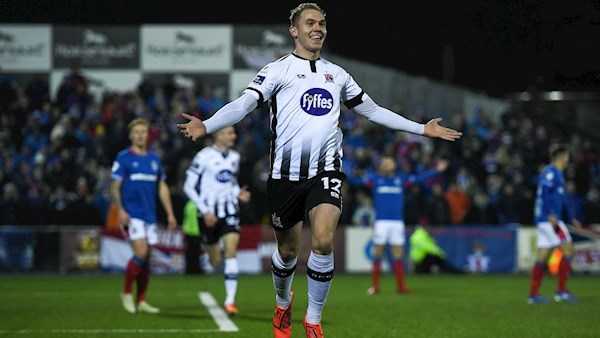 Dundalk have thrashed Linfield 6-0 at Oriel Park to win the inaugural Unite the Union Champions Cup.

Robbie Benson also found the net in what could prove to be his final game for Dundalk.

The 2019 League of Ireland champions had come into tonight’s game drawing 1-1 from the first leg in Belfast.

But they began their second leg test in style. Six minutes in, Vinny Perth’s side broke down the field through Michael Duffy.

Daniel Kelly met his cross but another Kelly in the shape of Georgie tapped in his blocked shot to make it 1-0.

Jamie McGrath made it 3-0 on 34 minutes. The club No 10 found ample space outside the box before firing a low shot into the bottom corner.

The game and tie were essentially over as a contest at that juncture, but Dundalk would not take the foot off the accelerator after the break.

Benson capitalised on defensive frailty and burst through before applying a clipped finish over the goalkeeper to make it 4-0 on 64 minutes.

Then Georgie Kelly scored his second of the night with 15 minutes to go. Duffy fed Daniel Kelly down the channel and he crossed for Georgie to finish from close range.

Patrick Hoban put the icing on the cake as he made the most of lax defending to head in Duffy’s pinpoint corner. 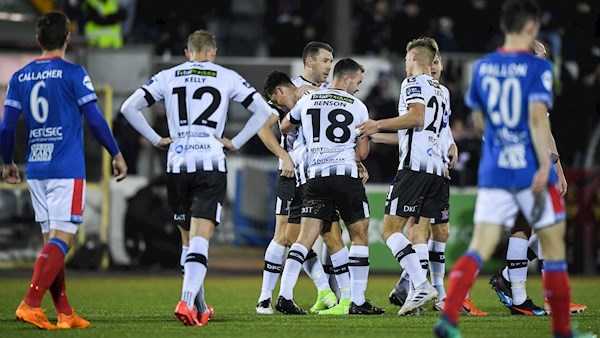 That put the seal on a 6-0 win and also meant they secured a 7-1 aggregate victory.

Trump: Will ‘strongly consider’ Pelosi’s offer that he testify in impeachment...