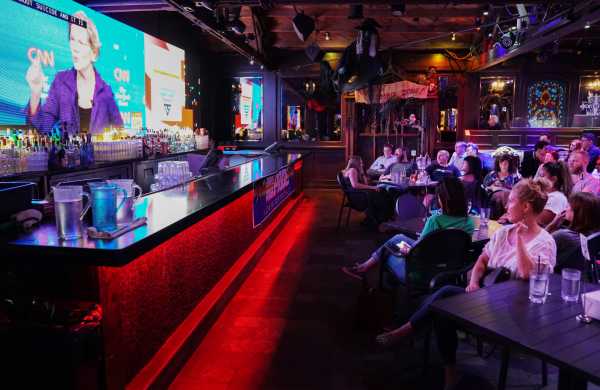 Only six candidates have qualified so far for the December Democratic debate, the sixth of the 2020 presidential contest, but others could still make the stage in the coming weeks.

Hosted by PBS NewsHour and Politico, the debate will take place on December 19 at the UCLA Luskin School of Public Affairs in Los Angeles and will be aired on PBS.

The Democratic National Committee is again raising the standards to qualify for the debate stage. Candidates must achieve at least 4 percent support in at least four polls approved by the Democratic National Convention or 6 percent support in two single-state polls in Iowa, New Hampshire, South Carolina, or Nevada that were conducted between October 16 and December 12 at 11:59 pm ET. They must also certify that they received donations from at least 200,000 unique donors, including at least 800 per state in 20 states, US territories, or Washington, DC.

So who has qualified for the December debate? The candidates are:

Others have fulfilled one, but not both requirements:

The other 10 candidates in the field have not reached either threshold:

The Democratic field had begun to narrow, but is growing again

Ten candidates made the cut in November. Going into the debate, Biden, Warren, Sanders, and Buttigieg — who is riding a recent surge in the polls — were perceived as the frontrunners.

The Democratic field has thinned out recently, with former Texas Rep. Beto O’Rourke and Ohio Rep. Tim Ryan exiting the race on November 1 and October 24 respectively. Miramar, Florida, Mayor Wayne Messam suspended his campaign on November 20. Castro — who dropped his threat to exit the race after he narrowly hit an $800,000 fundraising goal at the end of October — didn’t make the November debate stage, but he insists he is not pulling the plug on his campaign just yet.

Late entries to the race could shake up the contest. Patrick announced his candidacy on November 14 and former New York City Mayor Mike Bloomberg, despite downplaying his White House aspirations earlier this year, appears to be on the cusp of announcing a presidential bid as well.

Patrick and Bloomberg, both moderates, could make it more challenging for Buttigieg to position himself as the definitive centrist alternative to Biden. And both would arguably work to siphon off some of Biden’s supporters as well.

Bloomberg, a billionaire, has said he would self-finance his campaign, and Wall Street executives are reportedly ready to support him. Patrick, meanwhile, is welcoming PAC money to help him “do some catch-up.” Whether either can make an impact remains to be seen, but as Steyer, also a late entry to the race, has shown, money can help a candidate play serious catch-up.