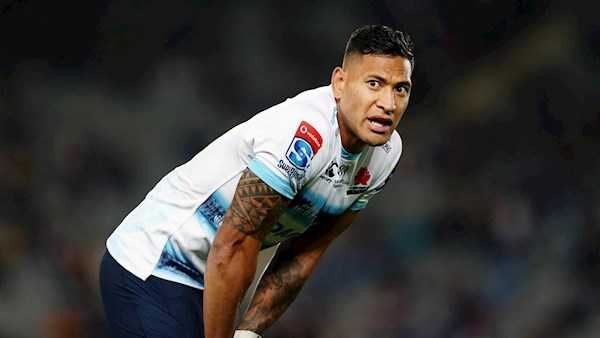 — with reporting by Press Association

Israel Folau has been slammed after the former rugby player linked the Australian bushfires with the passing of laws to legalise same-sex marriage and abortion.

Six people have died so far in the bushfires on the east coast of Australia.

It is the latest moment of controversy for Folau, who had his contract terminated by Rugby Australia over homophobic social media posts earlier this year.

The former Australia full-back delivered a sermon on Sunday at a church service in Sydney.

He said: «These bushfires. These droughts. All these things have come in a short period of time.

«Do you think it’s a coincidence or not? God is speaking to you guys.

«Australia, you need to repent and take these laws and turn it back into following what is right by God.»

He said: «God’s word says for a man and a woman to be together, one man and one woman in the covenant of marriage to be together.»

As reported by the BBC, Mr Morrison said: «He is a free citizen, he can say whatever he likes but that doesn’t mean he can’t have regard to the grievance [and] offence this would have caused to the people whose homes have burnt down.»

30-year-old Folau was sacked by Rugby Australia in May for posting anti-gay messages on social media.

His post stated: «Those that are living in Sin will end up in Hell unless you repent.»

It was accompanied by a picture that said «hell awaits» homosexuals, drunks and adulterers among others.

Folau said the termination of his playing contract over the post is an “unreasonable restraint of trade”.

The former Wallabies star and his legal team lodged a 26-page statement with the Federal Circuit Court, details of which were released last August.

Folau is seeking AU$10m in damages, an apology and reinstatement from his former employers Rugby Australia and New South Wales Waratahs.

But Folau said the posts were “substantially unrelated” to rugby, and the termination of his contract was against the public interest for employees to be able to express religious beliefs in their own time.

Folau’s case will be heard over three to five days in February 2020 unless the matter can be settled through court-directed mediation in December.