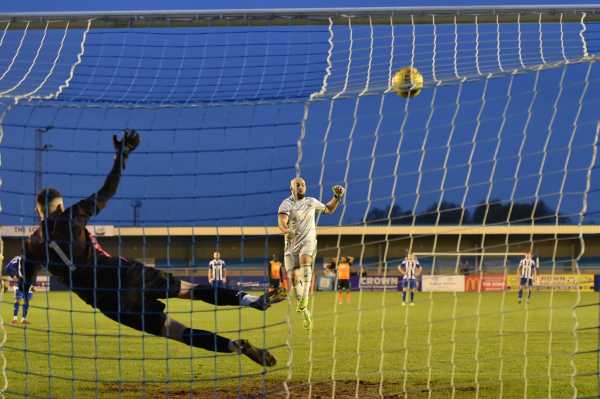 Gareth Bale heads into Wales’ decisive Euro 2020 qualifiers admitting he is more excited to play for his country than Real Madrid.

Bale has been at the centre of a Spanish media storm by turning up for international duty despite having not played for Real Madrid since October 5.

The 30-year-old has not featured since scoring in Wales’ 1-1 draw against Croatia on October 13, with a calf injury since preventing him from even training with the Real first-team squad.

But Bale has joined up with Wales ahead of their games against Azerbaijan and Hungary.

“I definitely have more excitement playing for Wales,” Bale said ahead of the Group E qualifier with Azerbaijan in Baku on Saturday.

“I’ve been with most of the older players since we were in the Under-17s. It’s like playing with your mates down the park on a Sunday. It’s normal.

“With Wales, I’m speaking my own language and feel more comfortable. But it doesn’t change what I do on the pitch. I always give 100 per cent on the pitch wherever I am, that’s what I always strive to do.”

Real team-mate Toni Kroos criticised Bale for joining up with Wales having missed club games, with the German midfielder saying “maybe this is not the best time”.

Predrag Mijatovic, the former Real striker, also turned the heat up on Bale by saying his priorities are “Wales, golf, and after that Real Madrid”.

That phrase has been taken up as a badge of honour by Wales fans on social media, and prompted one supporter to put those words on a Welsh flag.

Asked about the Spanish media’s relentless criticism of him, keen golfer Bale said: “I find it hilarious to be honest, especially some of the pictures and stuff my friends send me.

“On one it said triple bogey – and I’ve never had a triple bogey! At least give me an albatross! It’s funny.Gareth Bale has not played for Real Madrid since October 5 (Nick Potts/PA)

“Some of the things I have seen, people don’t understand and don’t know what they’re on about. So I just find it quite funny.”

Bale expects to play in both matches, although he qualified that by saying he is not sure “if I’ll play the two whole 90 minutes”.

“Obviously there are two big games and I’m not sure if I’ll play the two whole 90 minutes. But I’ll do my best to play as much as I can. I fully understand the position I’m in.

“I’ve done as much as I can in terms of trying to get back as quick as I can. We’ve done 11 v 11 to try and get some match fitness in me.

“If there had been a Real Madrid game this week, I would’ve been fit and training to play. Maybe to them it doesn’t look great, but it’s just a kind of coincidence that the national team comes around this week.

“Everyone knows how passionate I am about Wales. We always look to not just qualify for one, we want to qualify for multiple tournaments.

“It’s important not just for the here and now, but for the future of Welsh football. It will inspire kids again and hopefully make more kids play football and make our national team better for the future.”