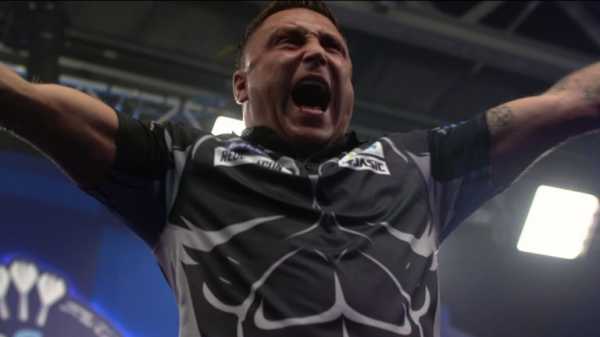 Gerwyn Price claimed a first victory over Michael van Gerwen to continue the defence of his Grand Slam of Darts title and set-up a final against Peter Wright.

An afternoon of contrasting semi-finals was headlined by the Iceman’s brilliant 16-12 victory in a spellbinding contest against the world No 1, whose hopes of a fourth Grand Slam title were ended by defeat in the last four for the second year in succession.

But Price underlined his growing status at the top of the game with a win over the sport’s dominant force to follow-up his semi-final win over Gary Anderson, and he will now take on Snakebite on Sunday night — with both men chasing a second major televised title.

Wright, whose only major title is the 2017 UK Open, accounted for the last remaining BDO competitor, beating Glen Durrant 16-11 in the opening semi-final that left the headlines to be taken by the Iceman.

In the opening semi-final, Duzza was left to reflect on another near-miss, his third major televised final in his debut year as a PDC player.

But just like in the World Matchplay and the World Grand Prix, he came up just short in an arm wrestle against Snakebite that featured four 100+ finishes between the pair. 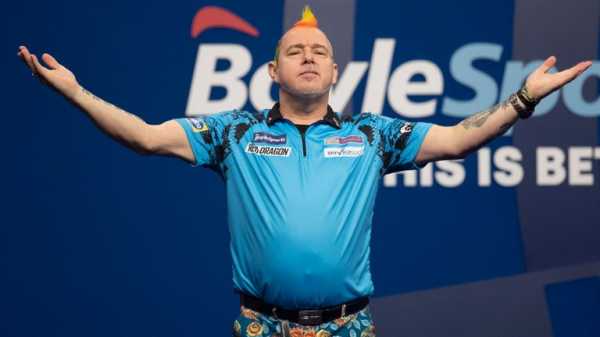 The pair split the first two sessions, each winning 4-1 before Wright forged ahead taking a 13-8 lead after a four-leg burst, and then pinning the best finish of the match with a sparkling 155 finish to move within two of a place in the final. 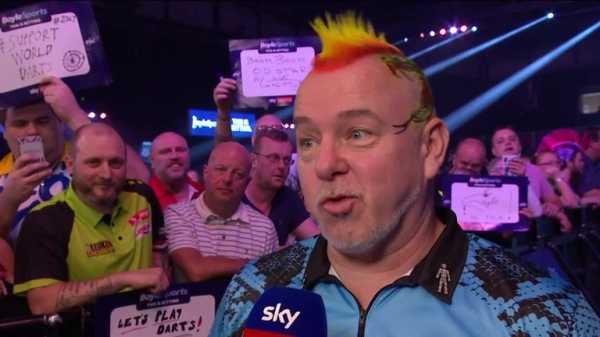 1:38 Peter Wright felt he was battling with himself during his semi-final victory over Glen Durrant and got away with winning

But Duzza has proved he is made of stern stuff, stemming the flow to take out a couple of legs in succession and trail by three before the all-important 26th leg, where the reigning BDO champion missed a dart to make in 14-12.

It wasn’t to be as Snakebite mopped up and then powered to the next two to seal his date with Price and destiny.