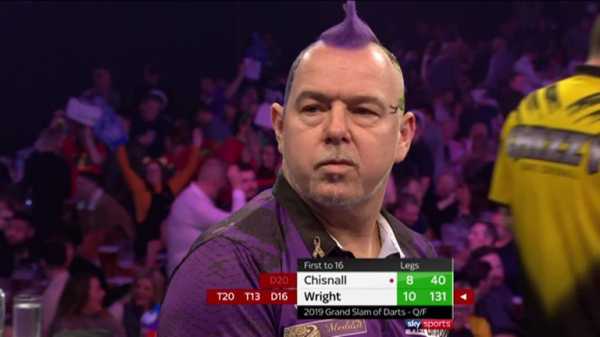 Duzza beat Michael Smith, who like Chisnall is left still chasing a maiden major after a 16-12 defeat to the same man he had beaten in the group stages and also in the Matchplay semi-final in July.

But Durrant extracted the ultimate revenge when it mattered most, reeling in Smith from an early deficit to take out three 100+ finishes on his way to a third successive major PDC final, albeit this time as a BDO representative.

Durrant’s brilliant burst accounted for the turning a 6-4 deficit into a 14-10 advantage and Duzza did enough to keep an increasingly frustrated Smith at arm’s length.

It was Smith who hit the ground running, easing into a 2-0 lead and taking out 118 in the opening leg of the contest but a gritty Durrant responded to level before miscounting horribly to allow Bully Boy the first lead at 3-2.

A 103 from the Middlesbrough man then levelled the contest but Duzza was just surviving in the early exchanges with Smith producing the class in a three-leg burst that took him 6-3 in front.

However in the final leg of the second session, Smith frittered away more double chances and Durrant pounced to stay in touch and then push on in remarkable fashion with a steely display of finishing. 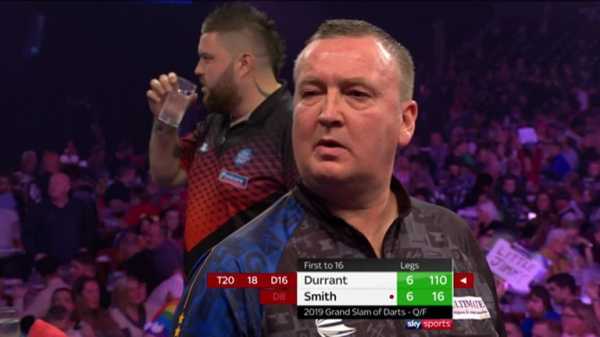 0:18 Glen Durrant lead Michael Smith for the first time in their match after hitting this 110 checkout

A fourth double 16 of the night gave Duzza a nerveless 110 finish and a fourth leg on the bounce, and with it the lead for the first time in the match at 7-6

A timely 174, laid up Durrant’s favoured target again and when Smith missed a couple of darts at double 10, Duzza was back to sweep the session 5-0, this time via double eight.

Smith finally stopped the Duzza streak at seven, crucially pinning his target to reduce the deficit to 10-7 but Durrant was rock solid on his own throw and continued to pinch the darts from Bully Boy opening up a 14-9 lead. 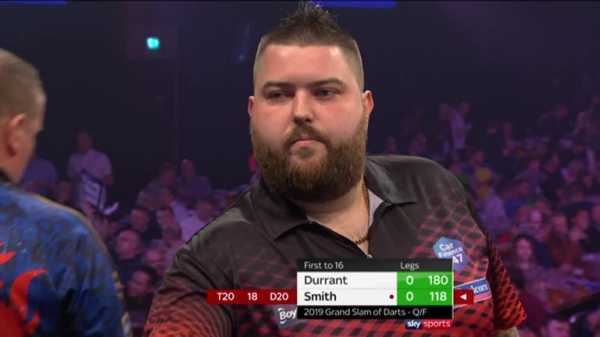 It was then that Smith broke for the first time in what seemed an age and he followed it up with a spectacular 11-dart hold that brought him back within three and briefly threatened a comeback.

Fittingly another clutch finish from Durrant, a 12-dart leg clinched with a brilliant 102 on double 16 took Duzza to within one and while there was time for a dramatic 93 finish on the bullseye from Smith it wasn’t to be as Durrant prevailed.

The quarter-finals opened up with a battle between a pair of previous Grand Slam runner-ups and it was Wright who prevailed to remain on track for his first major TV ranking final since the 2018 World Grand Prix and end Chisnall’s hopes of a first major. 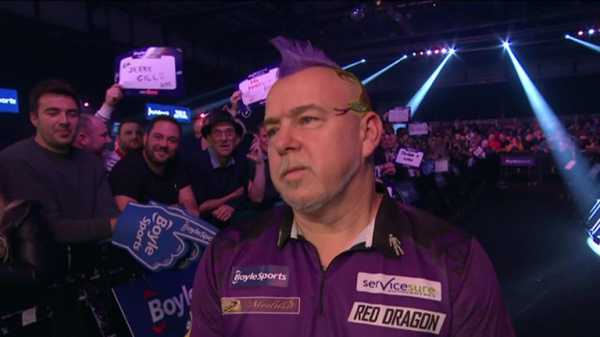 1:32 Peter Wright averaged over 101 in his 16-12 quarter-final win over Dave Chisnall and admitted he changed his dart setup as he was bored!

Snakebite, a World Cup winner with Gary Anderson earlier this year traded 180s with high-scoring Chizzy early on, but it was the man from St Helens who edged each of the first two sessions for a 6-4 advantage.

Wright’s finishing ensured he stayed in touch and it proved crucial but only after Wright’s now trademark change of equipment. Chisnall had carried on as he finished to extend his lead and as the pair traded legs, Chisnall’s 108 gave him an 8-5 lead.

Having held throw Wright produced a dominant leg to claim the break of throw back and then levelled in the first leg after the break. The 49-year-old pinned double 16 for a fourth leg on the bounce to regain the lead for the first time since the seventh and he returned to pin the very same target to open his first two-leg advantage 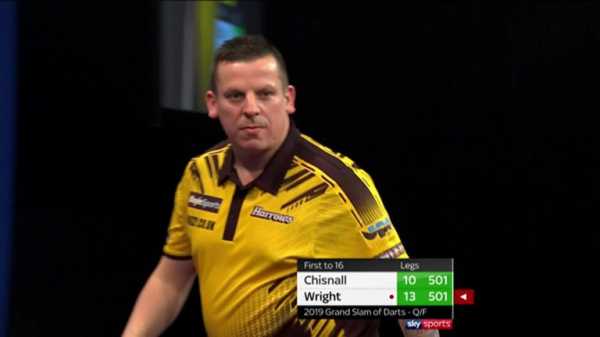 0:18 Dave Chisnall hit a crucial 114 checkout to stay in the match with Peter Wright

Chisnall stopped the rot at eight, pinning double 10 for a break of throw and then taking out 114 to draw back within three and when Wright missed three darts for a 14-10 lead, Chisnall pinched a third leg on the bounce.

A fourth brought him back within a leg of the match but despite Chizzy’s stirring, Wright settled and wrapped up a third semi-final in the last four years in Wolverhampton.

Coverage of the Grand Slam of Darts continues on Sky Sports Action & Main Event from 8pm on Saturday night with the remaining two quarter-finals.