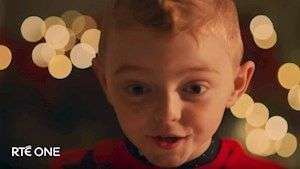 In the wake of Ireland’s draw with Denmark, Ger McCarthy looks at the twists and turns as Ireland head for the play-offs.

Danes back from the dead – March 26th

Having escaped Gibraltar with a narrow 1-0 victory, the Republic of Ireland repeated the feat courtesy of a Connor Hourihane free kick at home to Georgia. It proved a significant result as Ireland’s main qualification rivals Switzerland and Denmark served up a six-goal thriller in Basel.

Surprisingly, Remo Freuler, Granit Xhaka and Breel Embolo strikes had a rampant Swiss side 3-0 up with 6 minutes to go. Denmark produced a fairy tale comeback, Mathias Jorgensen and Christian Gytkaer scoring before Henrik Dalsgaard netted after 93 minutes to earn Age Hareide’s side a draw from the jaws of defeat.

Duffy to the rescue – June 7th

Georgia registered a 3-0 victory at home to whipping boys Gibraltar, but all eyes were on Denmark and Ireland’s showdown in Copenhagen.

The Danes failed to unduly trouble an Irish back four in which Shane Duffy produced a man of the match performance. The visitors were guilty of squandering a couple of chances before Pierre-Emile Hojbjerg edged Denmark in front with 13 minutes remaining.

Creditably, Ireland didn’t panic and netted a deserved equaliser when Brighton and Hove Albion’s Duffy rose to head home a Jeff Hendrick set-piece delivery. That point was enough to keep Mick McCarthy’s side top of the group.

A rejuvenated Denmark racked up 11 goals in back to back wins over Georgia and Gibraltar as the Republic of Ireland hosted Switzerland hoping to maintain their undefeated record.

Things were looking bleak when Fabian Schar broke the deadlock with 15 minutes to go but once again Ireland dug deep and avoided defeat. David McGoldrick picked the perfect moment to break his international duck and earned Ireland another 1-1 draw to move 3 points clear of second placed Denmark.

The Republic of Ireland failed to fire away to Georgia on the same day Denmark assumed control of their own destiny thanks to Yussuf Poulsen’s late winner at home to Switzerland.

Tbilisi was the venue for one of Mick McCarthy’s side’s worst performances of the qualifying campaign. A 0-0 draw was a fair reflection of a dreadful encounter in which Aaron Connolly’s introduction was one of the few bright spots.

Connolly registered one of the game’s few shots on target deep into injury-time after John Egan had earlier struck an upright. The Tbilisi stalemate handed the initiative back to the Danes.

Switzerland recorded a straightforward victory away to Gibraltar to seal their place in next year’s European Championships, leaving the Republic of Ireland and Denmark to battle it out for Group D’s other automatic qualification berth.

Nothing but a victory would suffice for the hosts in Dublin, but it was Denmark who grabbed the lead when Martin Braithwaite flicked home after 77 minutes. Matt Doherty netted a late equaliser, but it wasn’t enough to prevent Ireland from heading to a Nations League play-off next Spring.

Ireland down (but not out) after a truly heroic effort