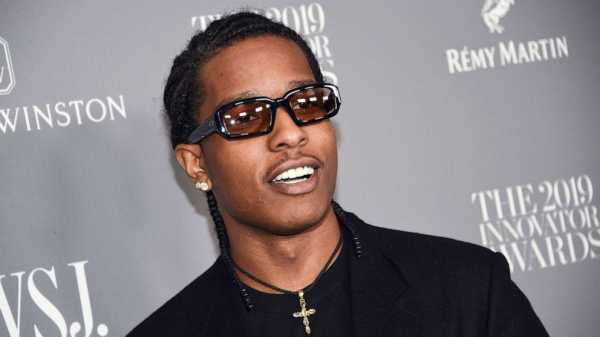 A$AP Rocky, who was famously detained in Sweden over the summer, was mentioned repeatedly during the second week of the House impeachment hearings.

The references to the New York rapper came during testimony Wednesday by U.S. Ambassador to the European Union Gordon Sondland and on Thursday in testimony from David Holmes, political counselor at the U.S. embassy in Ukraine.

Sondland, who is a key witness in the House’s impeachment inquiry into President Trump, recalled a «five minute» July 26 conversation he had with the president in a restaurant in Kyiv that was «primarily about A$AP Rocky,» but added that during that call, the president mentioned «investigations» he had requested from the Ukrainian president into the 2016 election and Ukrainian energy company Burisma.

Why were they talking about A$AP Rocky?

The rapper — whose given name is Rakim Mayers — had been detained in a Swedish prison since July 2, following a June 30 street fight that broke out in Stockholm. He was there as part of the European leg of his tour and two of his companions were also detained following the altercation. The rapper’s attorney, Slobodan Jovicic, told ABC News that his client was acting in self-defense.

And at the time of the call between Trump and Sondland, the U.S. State Department was monitoring the rapper’s case and Assistant Secretary of State for Consular Affairs Carl Risch traveled to Sweden in July before the trial.

The American hip-hop star was charged with assault on July 25 and when Sondland spoke with Trump a day later, his highly-publicized trial was only days away.

Sondland testified that his memory of the July 26 call with Trump was refreshed after reading testimony from Holmes, who told Congress in a closed-door deposition on Friday that he overheard the call, which mainly dealt with the case of A$AP Rocky.

«Other witnesses have recently shared their recollection of overhearing this call. For the most part, I have no reason to doubt their accounts. It’s true that the president speaks loudly at times. And it’s also true, I think we primarily discussed A$AP Rocky,» Sondland said in his opening statement. 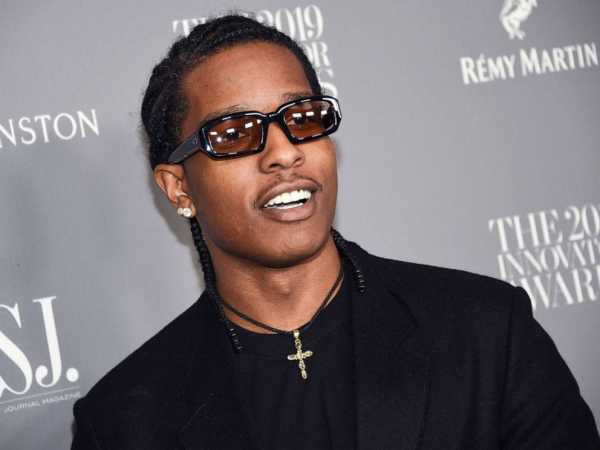 The rapper’s case sparked outrage in the hip-hop community and in Hollywood and even on Capitol Hill, where the rapper’s congressman and members of the Congressional Black Caucus rallied to call for his release.

Trump was very vocal in his support for the rapper, repeatedly called for his freedom and even lashed out at Sweden’s prime minister on Twitter after the rapper was charged in July.

«Very disappointed in Prime Minister Stefan Löfven for being unable to act. Sweden has let our African American Community down in the United States,» Trump tweeted on July 25. «I watched the tapes of A$AP Rocky, and he was being followed and harassed by troublemakers. Treat Americans fairly! #FreeRocky.»

Holmes mentioned A$AP Rocky’s case during his public testimony on Thursday and described what he said was an exchange between Sondland and Trump about the rapper.

Holmes added that Sondland told the president that Sweden «should have released him on your word, but you can tell the Kardashians you tried,» in a reference to hip-hop star and Trump supporter Kanye West and his wife Kim Kardashian West, who lobbied the White House to intervene in the case.

Holmes had already made a similar statement in his private deposition last week and Sondland was not asked during his hearing on Wednesday about this particular part of the conversation.

About two months after A$AP Rocky was detained, the case took a positive turn when Swedish prosecutors announced on Aug. 2 that the hip-hop star and his companions were allowed to return to the United States as they deliberated.

The news was welcomed by A$AP Rocky and his fans, and also, celebrated by Trump.

«A$AP Rocky released from prison and on his way home to the United States from Sweden. It was a Rocky Week, get home ASAP A$AP!» the president tweeted.

Why was the A$AP Rocky call between Trump and Sondland important?

A$AP Rocky was convicted of assault on Aug. 14 but Swedish prosecutors announced that he would not face additional jail time.

His case is now over and the rapper even returned to Sweden to perform for his fans earlier this month.

But the debacle was brought up repeatedly in the impeachment hearing because Holmes told lawmakers that in a call related to the rapper’s case, he overheard Trump asking Sondland about the status of an investigation he requested from the Ukrainian president.

Sondland said he has «no reason to doubt» Holmes’ recollection of the call and referenced A$AP Rocky several more times when discussing his call with Tump.

«Then the last Friday Mr. Holmes came in and I guess his testimony refreshed your recollection?» Steve Castor, the attorney for Republicans in the hearings, asked.

«Yeah. What refreshed my recollection was when he mentioned A$AP Rocky, then all of a sudden it came back to me,» Sondland replied.

Sondland testified that a potential White House meeting between Trump and Ukrainian President Volodymyr Zelenskiy was conditioned on a promise that Ukraine would publicly «announce» investigations into alleged Ukrainian interference in the 2016 elections and Ukrainian energy company Burisma, where former Vice President Joe Biden’s son, Hunter Biden, had served as a board member.

(MORE: Catch up on the top 3 takeaways from the Sondland hearing)