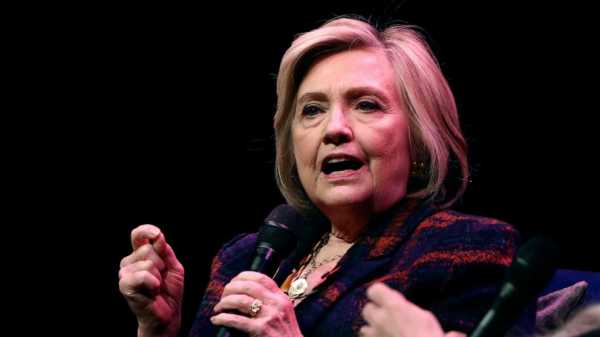 Hillary Clinton, the former secretary of state and 2016 Democratic presidential nominee, said in a Tuesday interview on BBC Radio 5 Live that she’s under «enormous pressure» to consider a 2020 run, but it’s not something she is interested in at the moment.

«As I say, ‘Never, never, never say never.’ I will certainly tell you, I’m under enormous pressure from many, many, many people to think about it. But as of this moment, sitting here in this studio talking to you, that is absolutely not my plans,» Clinton said.

Clinton said she often thinks about «what kind of president» she would have been.

«I feel a sense of responsibility partly because, you know, my name was on the ballot. I got more votes, but ended up losing to the current incumbent in the White House, who I think is really undermining our democracy in very fundamental ways,» Clinton said. «And I want to retire him. I want him to be retired.»

Clinton has largely ruled out a run in 2020, but has remained in the public eye as she promotes her new book, «The Book of Gusty Women,» which she co-authored with her daughter. She did say, though, that she plans to work to help elect a Democrat in 2020. 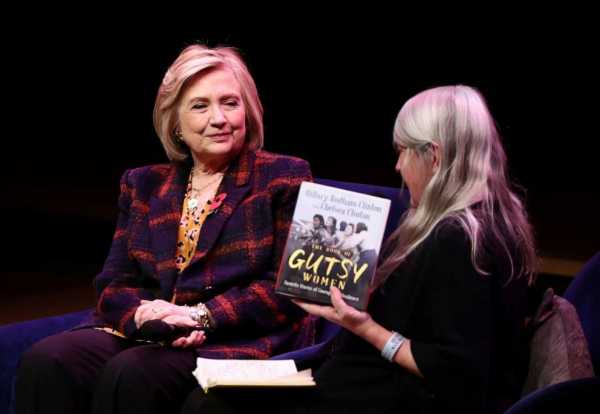 Former U.S. Secretary of State Hillary Clinton attends an event promoting "The Book of Gutsy Women" at the Southbank Centre in London, Nov. 10, 2019.

A few senators weighed in Tuesday on Clinton being pressured to run, and possibly entering the race.

GOP Sen. John Kennedy told ABC News it’s a «free country» and Clinton can do as she pleases.

«It’s a free country. If the secretary thinks it’s something she ought to do, I’m not going to criticize her,» Kennedy, of Louisiana, said. «I believe competition is a moral good.»

Meanwhile, Sen. Lindsey Graham, R-S.C., lent Clinton some credibility, saying she would be a tough opponent to beat versus some of the other more progressive candidates who are currently running.

«From a Republican point of view, people laugh, but I’m not so sure I would be laughing, you know, she lost in a close race,» Graham said. 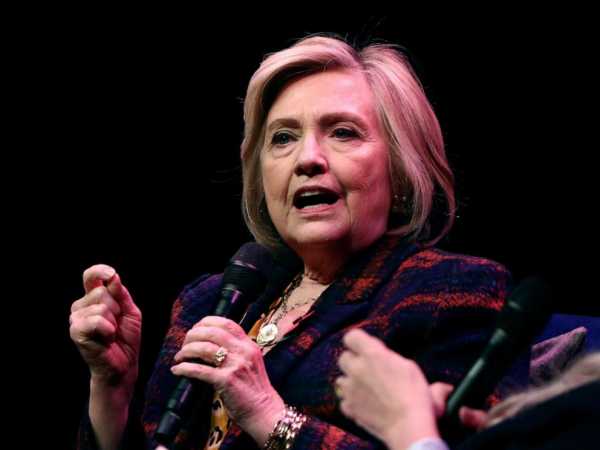 Former U.S. Secretary of State Hillary Clinton speaks during an event promoting "The Book of Gutsy Women" at the Southbank Centre in London, Nov. 10, 2019.

Clinton said Tuesday she thinks it is «inexplicable and shameful» that the British government won’t publicly release a report on Russian interference in their elections.

«I’m saying that Russia played in your Brexit election, just like Russia played in our 2016 election. Who did what, what they knew, where the money went, where it came from, what it influenced, that is something that should be investigated and revealed to the British public. Just like it should have been before our election.»

«I’m dumbfounded that this government won’t release the report … because every person who votes in this country deserves to see that report before your election happens,» Clinton said. «There is no doubt … that Russia in particular is determined to try to shape the politics of Western democracies, not to our benefit but to theirs.»

A Senate Intelligence Committee report did find that there was Russian interference, often in the form of bot activity, in the 2016 presidential election. 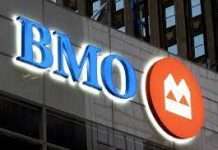