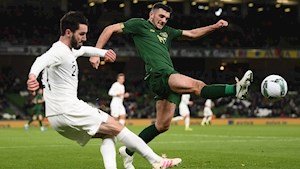 The Swedish striker will end a two-year spell at the MLS club when his contract expires in December.

Ibrahimovic scored 31 goals in 31 games for Galaxy after leaving Manchester United in March 2018, but his final match ended in defeat with Galaxy losing to Los Angeles FC in the MLS Cup play-offs conference semi-finals.

In a post on Twitter, Ibrahimovic wrote: “I came, I saw, I conquered. Thank you LA Galaxy for making me feel alive again. To the Galaxy fans – you wanted Zlatan, I gave you Zlatan. You are welcome. The story continues…”

The 38-year-old finished his post by joking: “Now go back to watch baseball.”

Ibrahimovic, who has played for some of the biggest clubs in world football including Ajax, Juventus, Inter Milan, Barcelona, AC Milan and Paris St Germain gave no indication over his future.

He has been linked with a return to Serie A, with AC Milan and Bologna among the clubs said to be interested in signing the free agent.