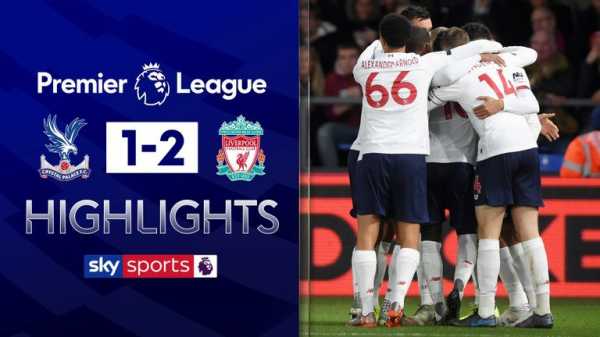 FREE TO WATCH: Highlights from Liverpool’s 2-1 win against Crystal Palace in the Premier League.

Jurgen Klopp was happy to see his below-par Premier League leaders Liverpool leave Crystal Palace with a hard-fought 2-1 win after a quick turnaround from the international break.

Liverpool were off the pace in the first half and fortunate not to be behind at the break, with VAR ruling out James Tomkins’ goal for Palace.

But the visitors improved after the interval and even when Wilfried Zaha cancelled out Sadio Mane’s opener, Liverpool showed great character to respond almost immediately and find a winner through Roberto Firmino to make it 12 victories from 13 Premier League games this season.

Klopp says Liverpool’s performance can be put down to a demanding international break for his players but admired the heart his team showed.

«The challenge I’ve said to pretty much everybody and their dog is that [the players] come from so many different national teams back,» he said. 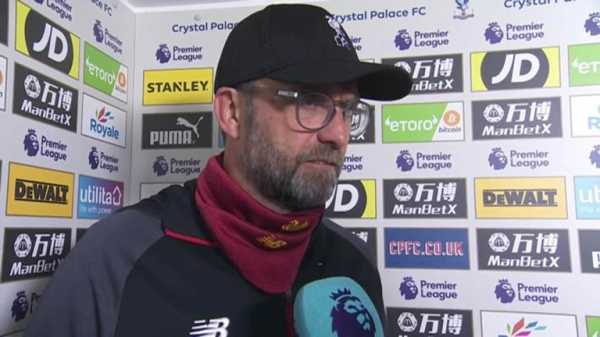 3:12 Liverpool manager Jurgen Klopp says Crystal Palace would be tough and they deserved a point following their 2-1 win at Selhurst Park.

«Today I have no problem that we were not brilliant because in a game like this you just have to make sure you’re ready to fight for the result and we were that from the first minute.

«Could we have played better? Yes, but we had players on the pitch that were on Thursday morning still on a plane back from Abu Dhabi, where Brazil played. That’s not too cool.

«For that, getting a result at Crystal Palace, you never take for granted. So, it feels good.

«I don’t know what people will say but I know 37 points after 13 games is exceptional and you cannot have them with winning only brilliant games. We had a couple of really brilliant games but you can’t only win them. We are not out there to send messages, we just want to get results.»

Liverpool have scored vital late goals against Leicester, Manchester United and Aston Villa in the Premier League this season and Firmino’s 85th-minute strike on Saturday turned one point into three.

Klopp says his side’s habit of finding the net late on can be put down to a combination of sustained pressure and a never-say-die attitude in his squad.

«I said during the week I don’t take it for granted, how can you. But with all the things today that were not so good, we were the much more dominant side, the more active team,» he said. 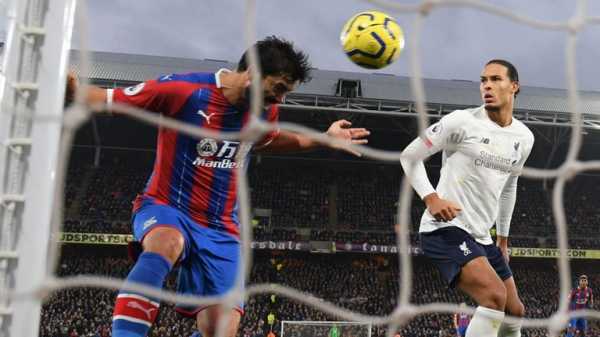 1:20 Paul Merson was shocked that James Tomkins’ goal was disallowed by VAR during Crystal Palace’s match with Liverpool.

«Crystal Palace defended most of the time deep. So, we don’t stop with these things even on a day when it’s not perfect.

«So we conceded a goal and you see the face of the boys — ‘come on, we know a set-piece, a corner, a free-kick gives us a chance’. I thought the ball was twice in already before Bobby finished it off.

«From that moment on we defended really well. There was a lot of time and we did well in that period.

«We’re not out there to show we invented football, because we didn’t, we have really a job to do, we have to get results for our colours and that’s what we did again.

«There are tough games to come. We still create the basis for us, that’s still what we’re doing, and hopefully we can continue with that.» 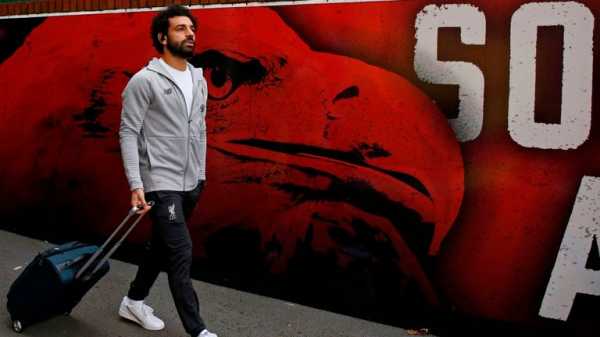 Mohamed Salah had been a doubt for Saturday’s match due to an ankle injury which ruled him out of Egypt’s recent international matches.

However, the Egyptian was on the bench against Palace and Klopp says he will be fit to play against Napoli in the Champions League on Wednesday.

«We didn’t start him. We wanted to bring him on [when Palace equalised] and then we scored, so we could rest him today. That’s really good. Wednesday he will be back.»

Liverpool now host Napoli in their fifth Champions League group stage match on Wednesday night, before Brighton visit Anfield on Saturday at 3pm. Palace go to Burnley at 3pm on Saturday in the Premier League.