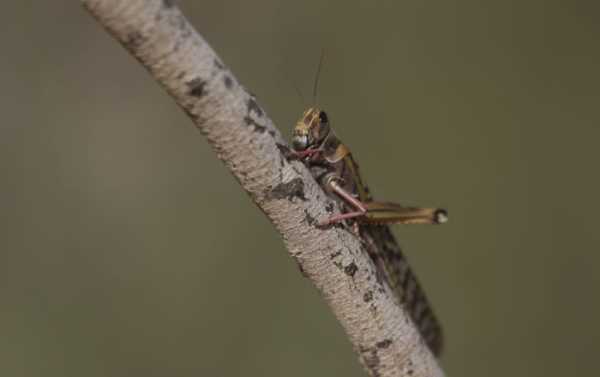 New Delhi (Sputnik): As massive swarms of locusts, of the short-horned species continue to haunt residents of Pakistan’s port city of Karachi, a provincial agriculture minister has proposed an unexpected way to deal with the epidemic.

Sindh Agriculture Minister Ismail Rahu has asked the people of Karachi to take advantage of the locust attack and prepare delicious dishes out of the insects that have come all the way to Pakistan.

In the video clip, going viral on social media, the minister went on to suggest the dishes that people could prepare from the insects, such as Biryani, grilled grasshopper and the local curry dish Karahi.

Rahu, who appeared to be giving some serious advice to the people, said in Hindi: “You can barbeque it, prepare Biryani and other amazing dishes”.

However, the suggestion didn’t go well with many netizens who mocked him for his remark over a distressing situation.

Reportedly, this is the second-largest attack by locusts on the port city since 1961.

Others took him on with memes.

According to a 2013 United Nations report by the Food and Agriculture Organisation (FAO), around 2 billion people consume insects as a part of their traditional diet across the world.

The swarms of the crop-devouring insectы first entered the agricultural lands in Karachi’s town of Malir, spreading throughout the city later on Monday.

Yesterday, a cricket match between state teams was also interrupted when a swarm of locust filled the sky and stadium, prompting players to run for cover and shield their eyes and ears to avoid contact with the swarm.