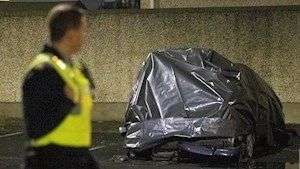 Michael O’Neill admitted to a sense of anti-climax as Northern Ireland’s faint hopes of automatic qualification for Euro 2020 ended in what stands to be his final home game in charge.

Captain Steven Davis missed a penalty in their goalless draw with Holland at Windsor Park, a result which means O’Neill’s side’s hopes of reaching next summer’s tournament rest on March’s play-offs.

Northern Ireland started the game at a ferocious pace, forcing four openings in the first six minutes but it proved unsustainable and, after skipper Davis skied his spot-kick just after the half-hour mark, the game petered out into a drab 0-0.

The Windsor Park faithful belted out the name of their departing manager in the final few minutes but the man himself struggled to enjoy the moment.

“I was thinking, ‘Could we get up the pitch and press’,” said O’Neill, named Stoke boss just over a week ago. “It was more important to me. It was lovely that they did that, and I totally appreciate the gesture.

“But it wasn’t a night for salutes during the game, it was a night for trying to drive the team forward and get some reaction from the players in the last few minutes…

“It was missed opportunity, there’s no doubt about that. It was a missed opportunity to go ahead in the first half. I thought again we started the game with great purpose, had chances but again we need that little bit of good fortune.”Steven Davis’ penalty miss proved costly (Liam McBurney/PA)

O’Neill went on to the pitch after the final whistle to thank the fans, but paused only for a moment before heading over to his forlorn-looking captain – who was making his 116th appearance to overtake David Beckham as the most capped midfielder in the UK – to offer an arm around the shoulder.

“It was a big moment for him, he knows that,” O’Neill said of the penalty miss. “You sense his disappointment. I thought he showed again what he’s all about in terms of his character, how he tried to continue to drive the team on.”

The penalty, perhaps generously awarded as the ball brushed against the arm of Joel Veltman as he tried to prevent George Saville from getting on the end of Paddy McNair’s cross, proved a turning point.

The Dutch players did all they could to distract Davis, arguing at length with referee Szymon Marciniak, before Jasper Cillessen came off his line to talk to the Rangers midfielder, and it seemed to work.

“The circumstances around the penalty were poor,” O’Neill said. “I thought it could have been handled better by the referee. The goalkeeper has no need to walk off the line. I don’t know why he allowed him to do that.”

The draw leaves Northern Ireland facing a potentially tricky away trip next year while Holland advance to Euro 2020, their first major tournament since the 2014 World Cup.

“It means a lot,” said manager Ronald Koeman. “That was the goal we talked about when we started and everybody is really happy because Holland are back at that tournament.”Ronald Koeman praised Northern Ireland (Tim Goode/PA)

Koeman drew criticism for calling Northern Ireland’s tactics “outrageous” and “terrible to watch” during the reverse fixture in Rotterdam last month – a game Holland won 3-1 with two stoppage-time goals – but was more generous this time around.

“They did it really well, they made it tough for us, and they were unlucky to miss the penalty,” the ex-Everton and Southampton manager said.

“Overall we controlled the ball, we had a lot of ball possession. Of course we expect to create a little bit more than we did tonight, but that was down to the organisation of the Northern Ireland team.”