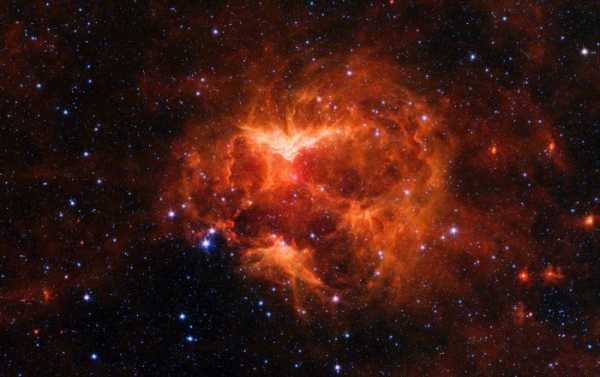 MU69 is situated in the Kuiper Belt 6.4 billion kilometres from Earth, and is the most distant world ever explored by a spacecraft. NASA’s New Horizon’s spacecraft flew past the small icy world on New Year’s Day, three and a half years after exploring Pluto.

​NASA has officially named MU69, a small icy rock beyond Pluto, ‘Arrokoth’ – the new moniker was chosen after the original, Ultima Thule, drew backlash over its Nazi connotations.

In an official statement, the US space agency explained the name was meant “sky” in the Native American Powhatan/Algonquian language, and it had sought consent from Powhatan Tribal elders and representatives, for its use.

​NASA’s official statement doesn’t allude to whether the controversy over the original name influenced its decision, although it’s somewhat astounding Ultimate Thule was ever chosen in the first place, despite it referencing a mythical northern land in classical and medieval European literature described as beyond the borders of the known world.

​The Thule Society was a German occultist group founded in Munich after World War I, which went on to sponsor Deutsche Arbeiterpartei (German Workers’ Party), later reorganised by Adolf Hitler into the National Socialist German Workers’ Party (NSDAP — or Nazi Party). While Hitler himself was never a member, its ranks were a veritable Who’s Who of Nazi sympathizers and leading figures, including Rudolf Hess, Alfred Rosenberg, Hans Frank, Julius Lehmann, Gottfried Feder, Dietrich Eckart, and Karl Harrer.

The Society identified Ultima Thule as a lost ancient landmass in the extreme north, near Greenland or Iceland, and the ancestral home of the Aryan people. Thule was a land located by Greco-Roman geographers in the farthest north. The term ‘Ultima Thule’ is also mentioned by Roman poet Virgil in pastoral poems. It’s believed Thule was the Latin name for Scandinavia, although Virgil simply uses it as an expression for the edge of the known world.

The nickname is especially tactless given the immense relevance to Nazism to US space exploration efforts. The creator of Hitler’s feared ‘wunderwaffen’, the V-1 and V-2 rockets which wrought scattershot havoc on Britain in the final stages of World War II, Werner Von Braun was brought to the US by the Pentagon, along with dozens of scientists and engineers from his team and captured V-2s under the auspices of Operation Paperclip – this formed of the basis of the US space program.

​Major General Walter Dornberger, Hitler’s military liaison who worked with Von Braun, also came to the US at the end of World War II, becoming a top executive in Bell Aviation Corporation in New York — speaking at a congressional hearing in Washington in 1958, Dornberger insisted America’s top space priority should to be to «conquer, occupy, keep, and utilize space between the Earth and the moon.» In a subsequent address to a National Missile Industry Conference, he dismissed NASA’s activities to date as «space stunts» and urged more attention be given to space weaponry.

«Gentlemen, I didn’t come to this country to lose the Third World War — I lost two,» he explained.