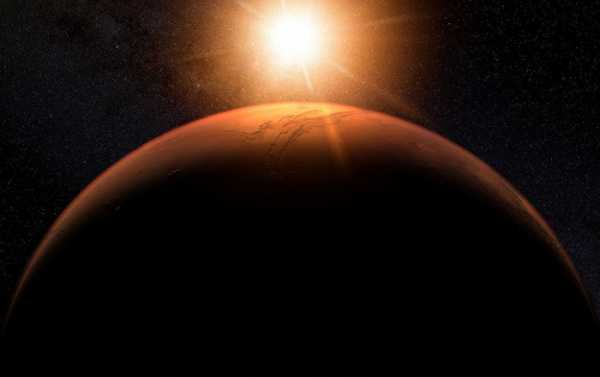 Researchers were so stunned when they received data from the Curiosity rover that they first decided the Sample Analysis at Mars (SAM) had malfunctioned and decided to check its accuracy. As it turns out the instrument was right all along.

NASA’s Curiosity rover has made a discovery that left scientists gaping as they were unable to provide an explanation to a bizarre incident on the Red Planet – the fluctuations of oxygen. «The first time we saw that, it was just mind boggling», said Sushil Atreya, professor of climate and space sciences at the University of Michigan in Ann Arbor.

Over the course of six Earth years (three years on Mars) Curiosity was studying molecules in the atmosphere of the Red Planet and how they change with the seasons. Like Earth, Mars is tilted on its axis and experiences summer and winter when its hemispheres are pointed out towards the Sun and away from it respectively.

Curiosity or rather SAM, which analysed the air on Mars revealed that nitrogen and argon followed a predictable pattern, increasing and decreasing throughout the year depending on how much carbon dioxide was in the air. Researchers thought that oxygen would behave in a similar way, but were left stumped when they received the data. It showed that the amount of oxygen in the air randomly increased in spring and summer by as much as 30 percent and then returned to its previous levels. The fact that the increase in oxygen varied each spring led scientists to suppose that something was producing the element and then making it disappear.

Mystery of Oxygen & Methane on Mars

As stunning as it is, the new discovery is not the first thing that’s made NASA scientists scratch their heads. They are struggling to provide answers to another curious mystery – the rise and fall of methane levels on the Red Planet. SAM revealed that the amount of gas soars by 60 percent during the summer months for undetermined reasons. Scientists are now trying to understand what could be behind the two phenomena.

Oxygen and methane can be produced biologically and geologically, however, the Curiosity rover doesn’t have equipment that can give a precise answer to that question. Scientists believe that non-biological explanations are more likely and encourage their colleagues to help them solve the oxygen mystery.