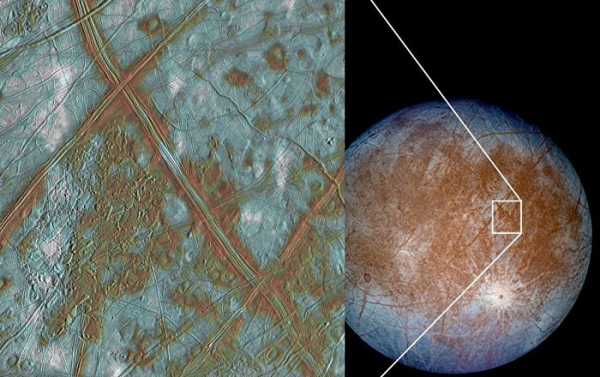 40 years ago, a Voyager spacecraft snapped the first close-up images of Europa, one of Jupiter’s moons, with subsequent missions to the outer solar system amassing enough fascinating information to make it a high-priority target in NASA’s search for life.

A team led by researchers at NASA’s Goddard Space Flight Center in Greenbelt, Maryland, has confirmed traces of water vapour above the surface of Jupiter’s icy moon Europa.

According to the research paper published in the journal Nature Astronomy on 18 November, the team discovered enough water vapour being released from Europa to “fill an Olympic-size swimming pool within minutes.”

Observations were carried out by the W. M. Keck Observatory in Hawaii in the course of 17 nights between 2016 and 2017, using a spectrograph to detect the chemical compositions of other planets’ atmospheres by scanning the infrared light they release or absorb.

Paganini’s team detected the faint yet distinct signal of water vapour just once during that period.

The groundbreaking discovery is all the more remarkable as this moon is one of the highest priority targets in NASA’s search for extraterrestrial life, according to the agency.

For many years, scientists have suspected that there’s water on Europa’s surface, with several tantalising findings appearing to back up the claims.

The first came from NASA’s Galileo spacecraft, which found evidence of an electrically conductive fluid on the moon’s surface as it measured perturbations in Jupiter’s magnetic field near Europa while orbiting the gas giant between 1995 and 2003.

In 2013 scientists announced that they had used NASA’s Hubble Space Telescope to detect the chemical elements hydrogen (H) and oxygen (O) — components of water (H2O) — in plume-like configurations in Europa’s atmosphere. 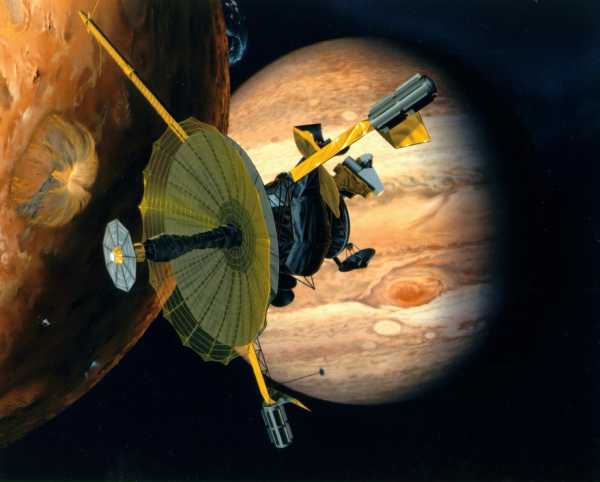 The current research, along with other previous Europa findings, has only measured components of water above the surface, as existing spacecraft have limited capabilities to detect it.

Studies using ground-based telescopes to look for water in deep space have to take into account the distorting effect of water in Earth’s atmosphere.

To minimise the issue, Paganini’s team used complex mathematical and computer modelling to simulate the conditions of Earth’s atmosphere.

Now this is something that NASA’s upcoming Europa Clipper mission will be able to offer in 2023.

It will try to take images of any plumes and sample the molecules it finds in the atmosphere with its mass spectrometers.

Hopefully, these efforts will further unlock the secrets of Europa and answer the intriguing question of whether it carries the potential for life.

Thierry Henry back in management with MLS side Montreal Impact