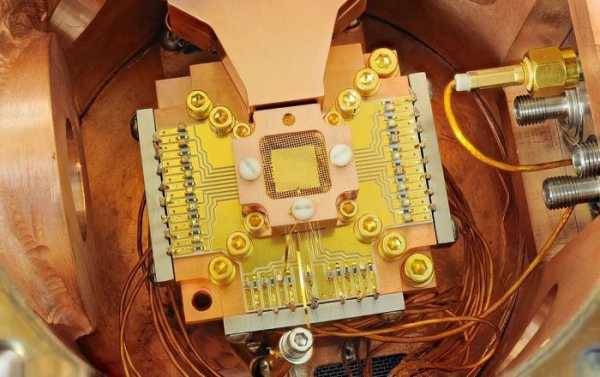 Scientists in Edinburgh have been using quantum computers to measure the behaviour of photons while being observed in order to determine if reality changes its behaviour depending on if it is being observed or not.

A new paper published in Science Advances in September claims that reality may in fact be subjective.

According to the theory in the study, particles can simultaneously exist at several places or states, known as superposition. This is only the case, however, when they are not observed.

Once a quantum system is observed, the specific location or state is established thus breaking the superposition.

In 1961, physicist Eugene Wigner advanced a thought experiment, applying quantum mechanics to an observer being observed themselves. If his friend were to toss a quantum coin, in a state of both heads and tails, each toss would establish a definite outcome observed by the tosser.

Anyone outside of the room, however, would not be able to establish a definite outcome, and according to the theory, puts the person in the room in a «superposition» of all of the experiment’s possible outcomes.

Therefore, the reality perceived by the friend inside the room is contradictory to the reality observed from the outside.

Časlav Brukner from the University of Vienna found a way of translating the «Wigner’s friend» hypothesis into a real experiment to prove that reality may be subjective to individual observers.

Brukner conducted the experiment using two «Wigners» and two «friends» in two separate boxes, where their states where measured both inside and outside each respective box.

The experiment was conducted at Edinburgh’s Heriot-Watt University on a small-scale quantum computer using three pairs of entangled photons.

The first pair of photons and their polarization inside their boxes are measured. The pair outside the two boxes remain on either side and can also be measured.

After many weeks, they succeeded in demonstrating that quantum mechanics may contradict the assumption of objective fact.

Natural behaviour being subject to an observer has been proven before, such as in the famous double slit experiment. However, consciousness has not yet been proven as a prerequisite for this phenomena.

Brukner’s theory does not require observers to be conscious, and it is only necessary to be able to establish facts in the form of a measurement.

An inanimate detector would therefore be a valid observer.

Another issue is that isolate examples and experiments by themselves do not prove universal rules and may not apply on a larger-scale.