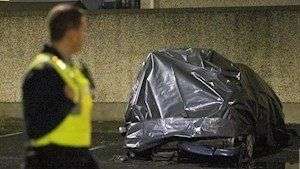 Northern Ireland captain Steven Davis made no excuses for his missed penalty after Saturday’s 0-0 draw with Holland ended any hopes of automatic qualification for Euro 2020.

There was no dream send-off for manager Michael O’Neill in what stands to be his final game in charge at Windsor Park as Davis sent his 32nd minute spot-kick well over and the match finished goalless following a poor second half, though Northern Ireland have the consolation of a play-off place.

Davis had faced a long wait for take his penalty, with Holland arguing with referee Szymon Marciniak over his decision to penalise somewhat harshly a handball by Joel Veltman before goalkeeper Jasper Cillessen walked off his line to face Davis before he took it.Steven Davis sends his penalty over the crossbar (Liam McBurney/PA)

O’Neill was left frustrated by Holland’s antics but Davis, making his 116th appearance to overtake David Beckham as the UK’s most capped midfielder, said it made no difference.

“That’s all part of the game,” the Rangers midfielder said. “No excuses from me. I didn’t feel in my head that any of that affected me. Unfortunately I just put too much on it.

“I watched clips before the game and I thought he went quite early so the idea was to hit it down the middle and I hit it a little bit too much down the middle. It was huge disappointment because it was a great opportunity to get us in front.

“I had to get on with the game after that happened. It’s a huge disappointment because we all wanted that big result and a big scalp to take it into the final game. Unfortunately we couldn’t do it.”

O’Neill plans to take charge of March’s play-offs alongside his new duties as Stoke boss, but with the draw likely to send Northern Ireland on the road, this was probably his Windsor Park farewell.

He stepped on to the pitch to applaud the fans at full-time but quickly went over to put an arm around his forlorn-looking captain.

“Michael didn’t say anything to me,” said Davis. “We didn’t need any words. If this was to be Michael’s last game at Windsor Park – obviously we don’t know where we will be playing in the play-offs – I would loved to have got that big win for him but unfortunately we missed it.

“It’s probably the story of the games against the bigger nations us not taking our chances. It feels like a missed opportunity.”

Northern Ireland wrap up their Group C campaign away to Germany in Frankfurt on Tuesday night, though there is little now riding on the game with Germany assured of their place, and one eye will be on next week’s play-off draw.

“While we are disappointed now we will look back on this match and take a lot of positives from it,” Davis added.

“Whatever way the Germany game ends up we will look forward to the play-offs after that and hopefully the draw will be kind to us.

“It will be interesting to see who we get and where we will be playing. It’s a quick turnaround in the games if we do win the first one so it is something to look forward to.”