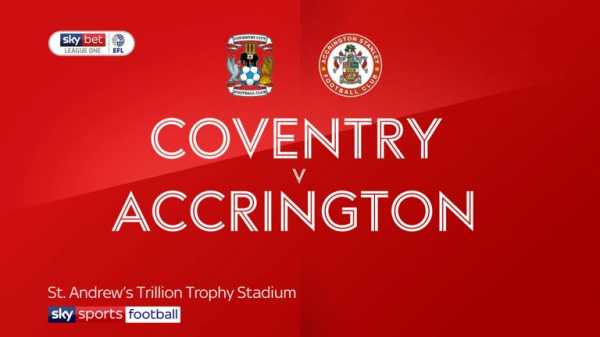 1:50 Highlights of the Sky Bet League One match between Coventry and Accrington Stanley.

After several months fleeing from the conflict, the family was able to make a 3000-kilometre journey to Lagos in Nigeria. Here, their mother and her four boys were able to sort the necessary visas to be reunited with their father.

«We travelled over land to Nigeria, that obviously took time,» Zanzala adds. «I don’t know how we got there but we managed to get there. We got to Lagos and got our papers in order and were able to fly on to Austria. We lived in Austria for five years. Growing up there was a big change, different people, a different culture, and we had to adapt to a new environment.»

In Austria, Zanzala took his first steps with a football, enjoying games in the park with his brothers. The family moved on again in 2004, when he was eight years old, and settled in Nottingham. After joining a Sunday League side, Zanzala was spotted by a Derby County scout and signed youth terms with the East Midlands club at the age of 12.

«I stayed at Derby for 10 years, progressing through the academy and over that time I built up my football, adapted and got better and better,» he continues. «It wasn’t easy but I really appreciate that time at Derby.»

Now, after signing permanently for Accrington Stanley in August 2018, Zanzala hopes he can finally make an impact in the professional game. He could not wish for a better club. Manager John Coleman has a track record of developing players who have come into the game on the back of setbacks or rejection elsewhere. 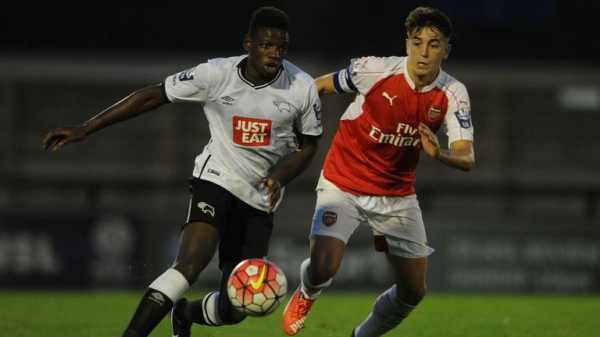 «It’s very important to come to the right club,» Zanzala adds. «Since I came here on loan I felt that straight away, it was very welcoming. I got on with the players and staff. That makes Accrington the place it is, it’s a great place to work at with a great bunch of people.

«Every day I come in and want to give it my all and do the best I can to keep chasing my dream. It’s a great stage to be at for young players who maybe come on loan, or have been released by clubs, have a point to prove or want to go on to that next stage. It’s a good club with great people and a great manager.»

Zanzala trains with his Accrington side against a backdrop that could not be further removed from the bloody conflict he survived as a toddler, so does his mind ever wander back to those blurred, earliest childhood memories?

«I always wake up and feel that life itself is a privilege,» he says. «You should be blessed and thankful every day to be alive and to have what you’ve got because there’s always someone who is going through worse than yourself. I appreciate that I have the opportunity to fulfil my talents and fulfil my dream, although obviously I’ve still got a long way to go.»

So, in adulthood now, is there any curiosity to go back to Brazzaville and learn about what happened?

«That’s something that has always been on my mind. I want to go back and see where I’ve come from and visit my family members before it’s too late, like the aunties and uncles. It’s always nice to go to your homeland.

«I left when I was young because of the war and have never been back. At the same time, there’s a risk, it could happen again so I need to take that into consideration. I do want to go back at some stage to understand the images in my mind.»

The Congo civil war of 1997-99 claimed tens of thousands of lives and displaced many more. Zanzala’s life was turned upside down almost before it had begun. But he is determined to turn those experiences in the jungle into positive ones.

«It’s something my family are proud to talk about,» he concludes. «It’s nothing we’re ashamed of because we’ve had to work hard to be where we are in life. As a family, we’re grateful and thankful because it’s made us the people we are.»