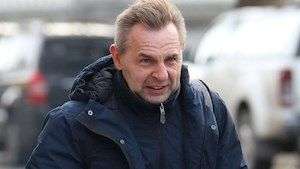 There is a sense of optimism around Old Trafford heading into the international break after the Red Devils comprehensively overcame Brighton on Sunday afternoon.

Andreas Pereira’s deflected effort was swiftly followed by a Davy Propper own goal, with Marcus Rashford hitting a fierce drive off the underside of the bar to complete a 3-1 victory after Lewis Dunk had reduced the deficit.

It was an impressive performance by United having hit three past Partizan Belgrade on Thursday, leaving manager Ole Gunnar Solskjaer with a smile on his face.

“Yeah, I think it’s our best performance of the season,” the Norwegian said.

“Of course you can go back to Chelsea but today I thought the reaction after they scored was fantastic.

“Sometimes this season we’ve asked that when you get one or two up to go for the next one… and how we didn’t end up five, six, seven (today) I don’t know, or we don’t know, the players don’t know.

“But exhilarating, entertaining and great to see the boys enjoy themselves.

“These six weeks or whatever it has been since the international break when we started against Liverpool, we had five wins and a defeat after the Liverpool game.

“Of course the Bournemouth game was disappointing but we’ve had loads of answers to what we’re trying to do and if we don’t get confidence from this, I don’t know what to tell them.”

The only real negative was the sight of influential midfielder Scott McTominay in pain after suffering an ankle injury.

Having been helped off the pitch after treatment, he was taken down the tunnel on a stretcher after several minutes of attention in the technical area.Manchester United’s Scott McTominay will have scans on his ankle on Monday (Martin Rickett/PA)

McTominay was able to walk out of Old Trafford, albeit with a bit of a limp, and the severity of the issue will be assessed on Monday.

“He went over on his ankle,” Solskjaer said. “It’s a painful one.

“Sometimes that’s… I’ve had one and I was out for eight weeks. But then again sometimes you’re back in two weeks, so I don’t know.

“He’s in for a scan tomorrow… but it looked painful and he’s not one for rolling around.”

Brighton came into the match looking for a fourth Premier League win in five matches but they left Old Trafford empty-handed and boss Graham Potter had no complaints about the result.

“They were the better team, deserved to win,” he said.

“We tried but we didn’t play as well, the level we can play at, but we have to credit the opposition as well, so a bit of both.”