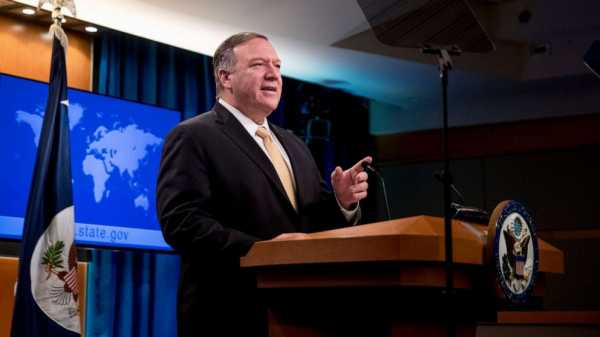 Secretary of State Mike Pompeo pushed back against growing criticism over his silence while President Donald Trump has attacked the veteran U.S. diplomats who have testified in the House impeachment hearings.

«I always defend State Department employees. This is the greatest diplomatic corps in the history of the world,» Pompeo told reporters Monday.

But he declined to address specific questions about former Ambassador to Ukraine Marie Yovanovitch or Bill Taylor, the top U.S. diplomat in Ukraine — both of whom have been attacked by the president and the White House. 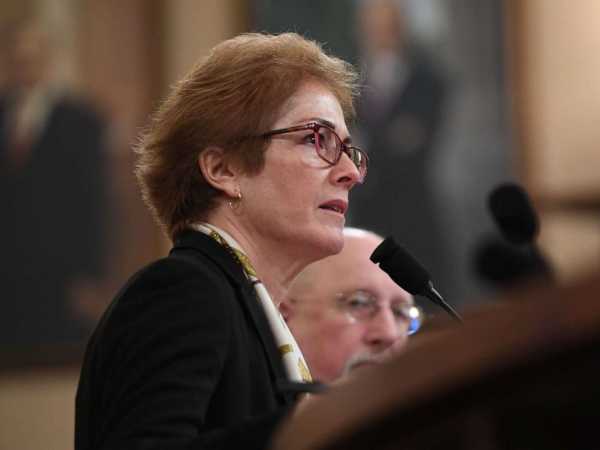 Former Ambassador to the Ukraine Marie Yovanovitch testifies before the House Permanent Select Committee on Intelligence as part of the impeachment inquiry into President Donald Trump, on Capitol Hill, Nov. 15, 2019, in Washington.

Yovanovitch, who said she came under attack by Trump’s allies, including personal lawyer Rudy Giuliani, was accused of giving Ukraine’s former prosecutor-general, a «do not prosecute» list and blocking his investigations into Democrats. At the time, the State Department called those allegations an «outright fabrication» that «does not correspond to reality,» but they appear to have influenced Trump’s decision to recall Yovanovitch from her post early.

On Trump’s now infamous phone call with Ukraine’s president in July, he called Yovanovitch «bad news.» A career Foreign Service officer now serving as a visiting professor at Georgetown University, Yovanovitch testified on Friday that the president’s seeming reliance on misinformation as a reason to remove an ambassador set a dangerous precedent that foreign countries could exploit.

Asked about Trump’s tweet on Monday afternoon, Pompeo said he would «defer to the White House about a particular statement.»

He also tried to dodge questions about «the Democrats’ impeachment proceeding,» at one point asking if any reporter «has a substantive question about something that the world cares deeply about.» Additionally, he said that it’s not that he didn’t want to talk about it.

«There are things that I would dearly love to say about it,» he said, with a big smile, «but I don’t intend to.»

Still, he denied any «nefarious purposes» for Yovanovitch’s «departure» from Ukraine, saying, «It was Bill Taylor that replaced Ambassador Yovanovitch, who in each case has been driving toward the appropriate Ukraine policy.»

That could have been interpreted as an endorsement of Taylor, who Pompeo picked to fill in as chief of mission in Kyiv, but who has also faced searing criticism from Trump. 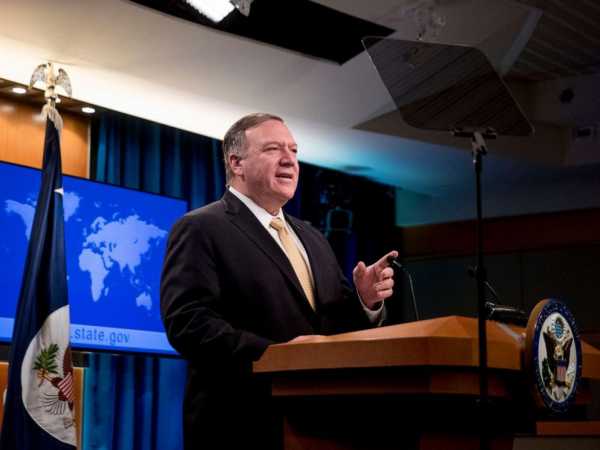 Secretary of State Mike Pompeo speaks at a news conference at the State Department in Washington, Nov. 18, 2019.

Asked specifically if he has confidence in Taylor, Pompeo instead praised the department in general, saying, «The State Department is doing a fantastic job. I think we’ve delivered in a way that the Obama administration has not delivered on Ukraine. I think the Ukrainian people — and if you listen to their leadership — I think they think the same.»

That’s a common refrain from Pompeo, pivoting questions about Ukraine and Trump withholding $392 million of security assistance to Kyiv to criticize the Obama administration for its refusal to sell lethal weapons to Ukraine.

(MORE: What are Javelin missiles and why they’re being mentioned repeatedly during the impeachment hearings)

«We reversed the massive failures of the Obama administration’s policy toward Ukraine, which truly did risk the lives of Ukrainian people and allowed Vladimir Putin to take Crimea and to fight in the Donbas against a group of Ukrainians who wanted nothing more than to defend their nation but were given just blankets and nonlethal equipment,» he said.

President Barack Obama declined to sell Javelin anti-tank missiles to Ukraine, but his administration committed more than $600 million in security assistance to Ukraine, including training and equipment, such as, body armor, night-vision goggles and radar.

When a reporter followed up and asked whether he has confidence in Taylor, Pompeo said only, «Thanks everybody. Have a fantastic day.»