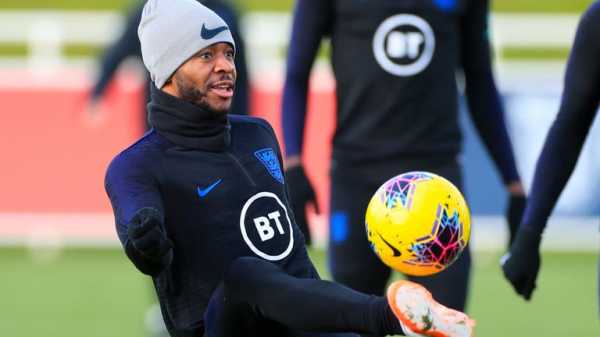 England manager Gareth Southgate accepts Raheem Sterling may have «the hump» following the fall-out from his row with Joe Gomez.

Southgate dropped Sterling for Thursday’s European Qualifier against Montenegro at Wembley after the Manchester City forward was involved in an altercation with Gomez at the national team’s St George’s Park training base on Monday — a continuation of hostility which was sparked during Liverpool’s 3-1 win over City at Anfield on Sunday.

The pair trained side by side on Wednesday without any issues but Southgate «imagines» Sterling may not be «hugely enthusiastic» towards his manager. 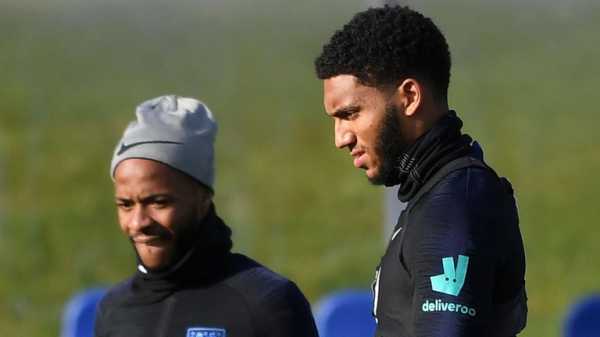 2:10 Raheem Sterling and Joe Gomez trained together on Wednesday, two days after their altercation at St George’s Park

When asked if Sterling may have «the hump», Southgate said: «I can understand that and, you know, in the end he’s with the group, that’s the most important thing.

«He’s a massive part of what we do — has been, will be. He’s with us for the game tomorrow, he’s back with the team on the training pitch enjoying his football. [He] trained superbly well, as he always does. So for me, the thing is finished.

«As a player, my relationship with my managers and how I felt about them changed day to day, and there were many occasions when I had the hump with them, usually when I wasn’t in the team.

«So, I understand that, I hope that time takes its course on those things.

«I hope that all of my players know that, first and foremost, I care about them, that I want to be fair with them, that I want to do what’s right for all of them, and that they can lean on me when they need me. And I also accept that, you know, at times, they’re not going to be bouncing with joy when they see my face walking through the meal room.» 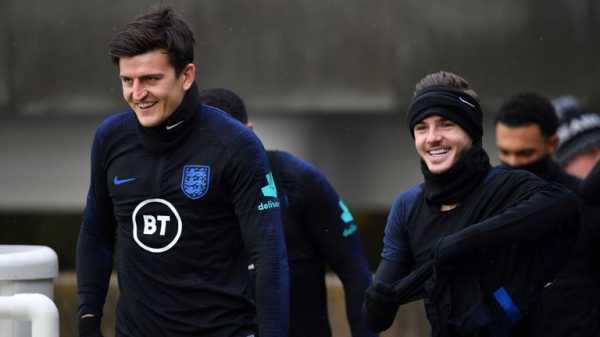 1:34 England and Manchester United defender Harry Maguire says the squad is united and remain ‘solely focused’ on their Euro 2020 qualifier against Montenegro on Thursday

A number of former England players including Jamie Carragher, Frank Lampard and Rio Ferdinand have suggested club cliques as a factor in the under performance of the side in previous major tournaments.

But Harry Maguire does not believe that issue applies to the current set of players — despite the row between Sterling and Gomez.

«No, everybody mixes,» he said.

«I think you’ve seen how good the unity in the squad is over the last couple of years. It’s been a good two years and the group has grown together. We continue to keep on growing and that’s really important. No, definitely no cliques, we all share tables and share jokes and laughs together.

«Like I said, we’ve moved on from it, as players we’ve moved on. Joe (Gomez) and Raheem (Sterling) are talking now, so it’s good for the team to move on and it’s really important to get the three points tomorrow.» 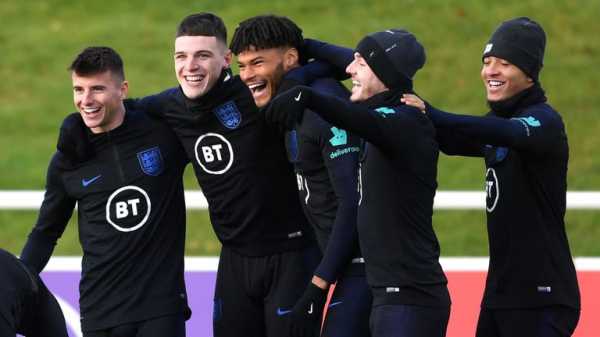 There will be reflections on England’s past ahead of what will be their 1,000th international on Thursday.

Southgate believes his current youthful side have already outperformed the star-studded team of the mid-2000s.

«I think it’s difficult to compare teams across generations because you only have to look at the faces in the line-up for games in 2004, as an example, teams filled with Champions League winners and players with over 50 caps right throughout the squad,» he said.

«So, there’s got to be some context to that. I think what is exciting over the next five years or so with England is the youth of this squad, the fact that they are gaining experience all the time in big matches and one or two more players still underneath this group, in terms of age, who are going to come in and, I think, be outstanding players for England moving forward.

«In that regard, I think there are very exciting times ahead. But of course, you have to deliver and we’ve had teams with potential and promise forever. These guys went further than nearly all of those teams two years ago and I don’t think we were the most experienced or talented group that we’ve had in that sort of 30 year period by any stretch but they delivered, and that’s huge credit to them. So, now the challenge is to keep going on and doing that.»

Southgate’s decision will be judged — but not yet

The set up at the Grove Hotel had the England manager perched above the journalists seated below.

But in a packed room, with many standing, Southgate again gave away no details surrounding the confrontation between Raheem Sterling and Joe Gomez.

But he made a repeated point his decision was one made for »the country». It’s clear this is a decision which he would have thought hard on, but there were no signs of doubt 24 hours after he previously addressed the matter with the media.

Southgate knows he will be judged. Some have already voiced their disapproval; others too, who have come out in favour.

Ultimately, the decision to omit Sterling will not be judged by Thursday’s game at Wembley — unless there is a major shock.

It may instead be judged by how this affects the future relationship between manager and player. Southgate accepts Sterling may now have the ‘hump’ — but he will hope that changes soon.