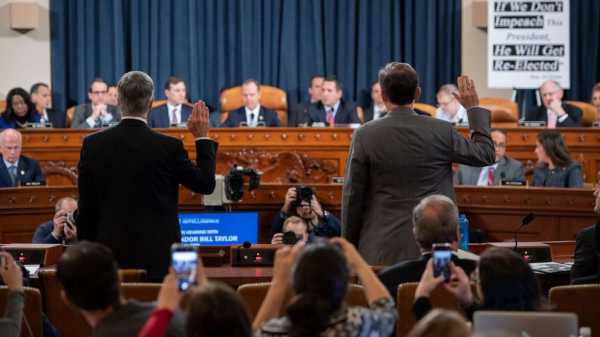 In his opening statement, Taylor focused primarily on Ukraine, and its importance «to the security of our country.» As he said in his closed-door testimony, Taylor told the House Intelligence Committee that it would be «crazy» for the U.S. to withhold military aid.

(MORE: What you need to know about the Trump impeachment hearings: A quid pro quo and Trump’s defense) 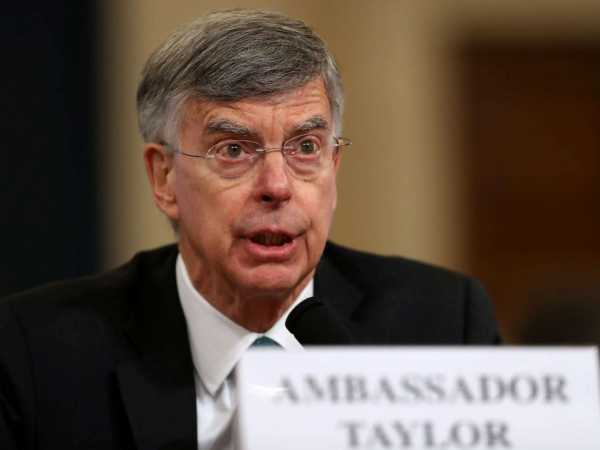 «I wrote that withholding security assistance in exchange for help with a domestic political campaign in the United States would be crazy,» he said. «I believed that then, and I believe it now.»

WilliamTaylor_openingstatem… by Steff Thomas on Scribd

«By mid-July, it was becoming clear to me that the meeting President Zelenskiy wanted was conditioned on the investigations of Burisma and alleged Ukrainian interference in the 2016 U.S. elections,» Taylor said in his statement. «It was also clear that this condition was driven by the irregular policy channel I had come to understand was guided by Mr. Giuliani.»

Taylor also said it was difficult for him to decide whether to return to Kyiv after how former Ambassador Marie Yovanovitch was treated before being removed. He said he consulted both a mentor and his wife, saying his wife was «strongly opposed to the idea.» 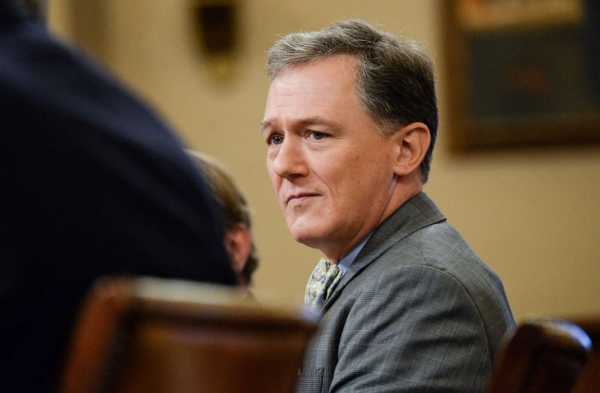 George Kent, the deputy assistant secretary of state for European and Eurasian affairs listens to William Taylor testify during a House Intelligence Committee public hearing in the impeachment inquiry on Capitol Hill in Washington, Nov. 13, 2019.

(MORE: Why the impeachment hearings are historic, but may not change minds: Opinion)

Kent told the House Intelligence Committee that in 2015 he warned of a perceived conflict of interest after former Vice President Joe Biden’s son, Hunter, took a job as a board member on a Ukrainian gas company called Burisma.

«As a general principle, I do not believe the U.S. should ask other countries to engage in selective, politically associated investigations or prosecutions against opponents of those in power, because such (actions) undermine the rule of law,» he said in his statement.

He also addressed unsubstantiated claims from Giuliani that Biden might have been working in his son’s best interests when leading U.S. policy in Ukraine as vice president.

Kent added that he never witnessed «any effort» by a U.S. official to «shield Burisma from scrutiny.»

He concluded his opening remarks with a defense of public officials, including Yovanovitch and Lt. Col. Alexander Vindman, who faced criticism for testifying: «It is my honor to serve with all of these patriotic Americans.»

As he did in his closed-door testimony, Kent said Giuliani targeted Yovanovitch with a «campaign of lies.»