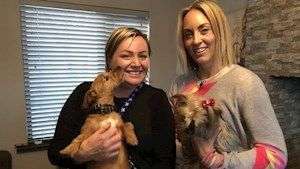 Shane Duffy has promised his Republic of Ireland team-mates he will be “the same Shane” as he attempts to lead them to next summer’s Euro 2020 finals.

The 27-year-old Brighton defender has been handed the captain’s armband for tonight’s final Group D qualifier against Denmark in the absence of the suspended Seamus Coleman, but he insists he will not change his approach as a result.

Duffy said: “I just think I’ll sort of be myself. It’s got me where I am now at the minute and the lads know me quite well, the way I am.

“I’ll just be the same Shane, be the same me around the place, when I step over the white line, just be that same Shane that hopefully I’ve done for Ireland over a couple of years now and just don’t change.

“Hopefully it can kick me on and I can go on and just keep progressing in my career.

“I feel I’m in a good place now, keep pushing on and try to better myself, But nothing changes.”

Duffy established him himself as a fixture in the Ireland team under Mick McCarthy’s predecessor Martin O’Neill and has become an even more central figure under the current manager, who has been impressed by his leadership skills.

McCarthy said: “He’s one of the players in the squad everybody so looks up to. He’s one of those that, just how he plays the game, he gets respect from people and his team-mates.

“Without going around screaming and shouting and cajoling people, he gets people up. If we’re having a tough time, he rallies the troops and gets people defending. He’s the one that blocks things and gets his head on stuff. He’s one you can rely on.”Mick McCarthy’s Republic of Ireland can secure their place at Euro 2020 against Denmark (Simon Cooper/PA)

However, while Duffy is thrilled to have been chosen to deputise for Coleman, personal acclaim is secondary on a night when victory at the Aviva Stadium would seal qualification for Euro 2020.

Duffy said: “It’s a huge honour. To even play for your country is a massive milestone in your career and to lead the boys out, hopefully I’ll take it in my stride and won’t let it affect me.

“I’m excited for it, my family will be proud and I’ll be proud as well. But the main objective is to go out there and just play the game and try and get the win.”

Football rumours from the media