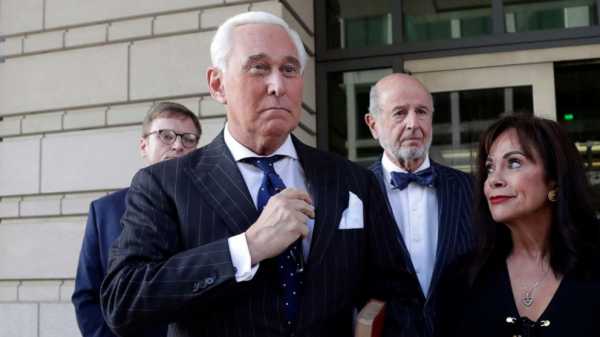 Jurors have returned a guilty verdict on all of seven counts including five counts of lying to Congress, one count of witness tampering and one count of obstruction of a proceeding. Stone had pleaded not guilty and maintained his innocence throughout his trial in Washington, DC.

Prosecutors asked that Stone be remanded pending sentencing, citing his issues with abiding by court orders since his indictment. Stone’s defense pushed back, arguing he has not broken the condition of his release.

Stone’s sworn testimony in September 2017 before the House Intelligence Committee forms the basis for most of the charges in his seven-count indictment, which includes allegations he misled the committee on several key elements of their probe. Stone was also charged with witness tampering by urging his former associate, Randy Credico, to exercise his Fifth Amendment rights before the committee. 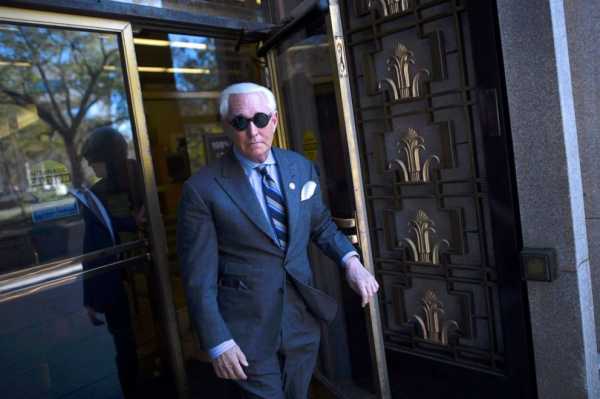 Roger Stone departs the courthouse for lunch during his trial, Nov. 13, 2019, in Washington, D.C.

With the closure of Stone’s case, so ended another chapter in the special counsel’s investigation. Robert Mueller and his team of prosecutors investigated Russian interference during the 2016 election and President Trump’s efforts to undermine their probe for nearly two years.

Mueller brought the charges against Stone in January. Stone pleaded not guilty to them all, and once vowed he would be «vindicated» at trial.

Shortly after Stone’s conviction, President Trump responded on Twitter, «So they now convict Roger Stone of lying and want to jail him for many years to come. Well, what about Crooked Hillary, Comey, Strzok, Page, McCabe, Brennan, Clapper, Shifty Schiff, Ohr & Nellie, Steele & all of the others, including even Mueller himself? Didn’t they lie? ….A double standard like never seen before in the history of our Country?»

None of the above mentioned individuals have been charged with lying under oath as Stone was, but a Department of Justice Inspector General report from last year about the firing of FBI’s former deputy director Andrew McCabe accused McCabe of «lacking candor» in interviews under oath with federal investigators.

In effect, the special counsel’s probe culminated in a 448-page report made public in March. But Stone’s case has remained a loose thread stemming from the nearly two-year investigation.

To that end, the trial of Roger Stone has introduced several new pieces of information about what the special counsel examined as part of its probe, including the most detailed view to date of how the Trump campaign responded to WikiLeaks’ role in disseminating information hacked by the Russians. 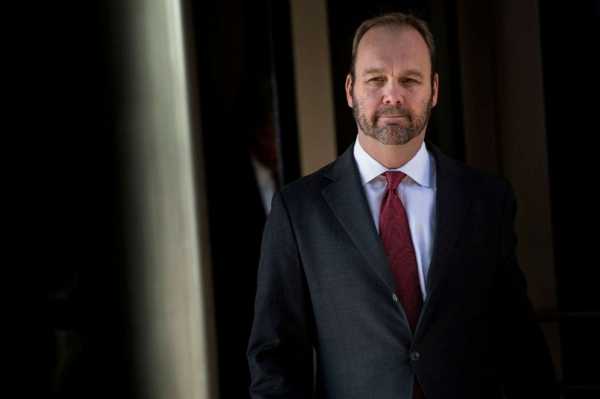 «The campaign was in a state of happiness» when WikiLeaks published hacked emails from the Democratic National Committee in July 2016, Gates said. «Any time you’re in a campaign and damaging information comes out about your competitor, it’s helpful.»

Gates, who pleaded guilty to charges brought by Mueller’s office, has been a central cooperating witness for the special counsel’s team.

Gates testified that his boss at the time, former Trump campaign chairman Paul Manafort, instructed him to keep in touch with Stone so that the campaign, and the candidate himself, could be kept abreast of WikiLeaks’ activities. Gates also recalled overhearing a phone call between Stone and then-candidate Trump on July 31, 2016, after which Trump told him «more information would be coming.»

Prosecutors showed an email from Stone to Gates requesting contact information for Trump’s son-in-law Jared Kushner, then a senior adviser to the campaign, one day after news broke that the Democratic National Committee’s server had been hacked by Russians in June of 2016.

Prosecutors did not allege that Stone and Kushner ever actually met.

Stone’s trial was punctuated by an appearance from New York-based comedian and radio host Randy Credico, whose testimony included references to 1950s-era television advertisements and impressions of presidential candidate Bernie Sanders. The most damning charge Stone faced was witness tampering in connection to his interactions with Credico, who he told congressional investigators was his conduit to WikiLeaks.

Stone’s sentencing is scheduled for Feb. 6, 2020, just over a year after his dawn arrest on Jan. 25 of this year. He faces up to 50 years in prison according to the statutory maximum, but legal experts have told ABC News the actual sentence is likely going to be much lower.

Earlier this year, just days after Stone was indicted, President Trump said in an interview with CBS’ Face the Nation that he has not thought about pardoning Stone.

«I have not thought about it. It looks like he’s defending himself very well,» Trump said when asked about the possibility of Stone’s pardon.

The president also attempted to downplay his connections to Stone during the interview, saying Stone «didn’t work on the campaign, except way, way at the beginning long before we’re talking about,» though he added, «Roger is somebody I’ve always liked.»