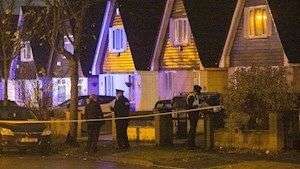 Rory McIlroy climbed to within two strokes of joint leaders John Rahm and Mike Lorenzo-Vera at the DP World Tour Championship in Dubai after shooting a third-round 65.

McIlroy headed into the weekend six shots off overnight leader Lorenzo-Vera after following his opening 64 with a 74 on Friday, but hit back by posting five birdies and an eagle on the seventh hole in a bogey-free round.

The Northern Irishman sits third, on 13-under, two shots behind Rahm and Lorenzo-Vera after producing the round of the day.

Spaniard Rahm hit seven birdies and one bogey for a 66 and Frenchman Lorenzo-Vera dropped a shot on the 18th after four birdies to finish with 69.

Lorenzo-Vera had led by three shots at the end of the second round, but is now tied with Rahm, while Tommy Fleetwood sits four shots back in fourth place on 11-under after three birdies and a bogey in a third-round 70.

Belgium’s Thomas Pieters is fifth after carding a second-successive 68, one ahead of Sweden’s Marcus Kinhult, who also hit 68 on Saturday.

Danny Willett jumped six places and into contention in joint-seventh place – seven shots behind the leaders – after a 67, which would have been even better had he not bogeyed the last.

Fellow Englishman Matthew Fitzpatrick climbed eight places into joint ninth after a 68, while the biggest movers of the day were Sergio Garcia and Andy Sullivan, who rose to joint 11th after both posted 67s.