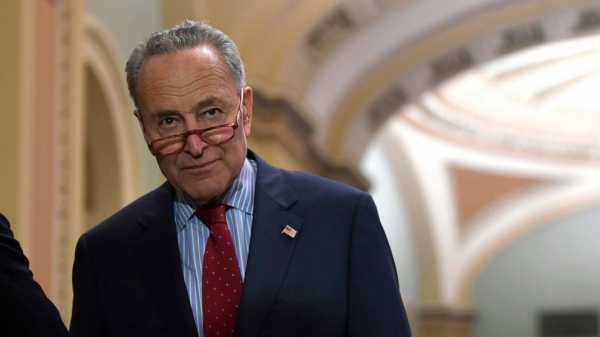 Senate Minority Leader Chuck Schumer on Monday called on the top official at the Pentagon to do more to protect whistleblowers, including two witnesses testifying in public hearings this week as part of the impeachment inquiry into President Donald Trump.

Schumer, in a letter sent to Defense Secretary Mark Esper, said he wants to ensure the Pentagon is protecting Army Lt. Col. Alexander Vindman and Deputy Assistant Secretary of Defense Laura Cooper, as the two are slated to appear this week before the House Intelligence Committee. 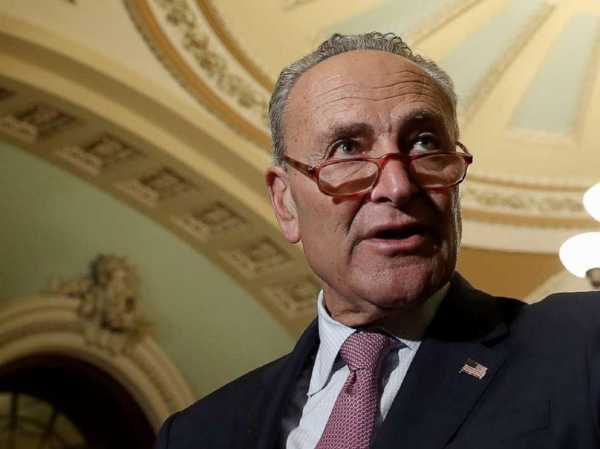 A top Ukraine specialist on the National Security Council, Vindman told investigators last month that he was so «concerned» by the president’s comments on a July phone call with the Ukrainian president, he notified a White House lawyer. 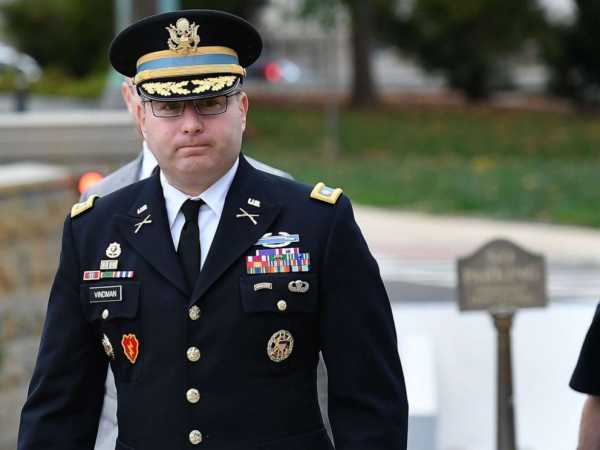 PHOTO:National Security Council Director for European Affairs Alexander Vindman arrives for a closed-door deposition at the US Capitol in Washington, D.C., Oct. 29, 2019.

The Ukraine-born Vindman, who serves in the Army and was awarded a Purple Heart after an improvised explosive device attack in Iraq, could be a key witness for Democrats in their investigation into whether Trump improperly withheld military aid to Ukraine to pressure the country to open investigations into Burisma, an energy company that once employed former Vice President Joe Biden’s son, Hunter, and the 2016 election.

Meanwhile, Cooper, a senior Pentagon official who recently testified on Capitol Hill, said that aides were confused by the hold on the financial aid because the Defense Department had certified the financial transfer in May when Ukraine had met the necessary anti-corruption benchmarks.

“Since their identities were revealed, LTC Vindman and Ms. Cooper have been vilified and attacked by individuals in the media and elsewhere. Some have even gone so far as to call LTC Vindman, a recipient of the Purple Heart after being wounded while serving in Iraq, a spy and question his loyalty to the United States,” Schumer said in the letter Monday.

(MORE: Trump: Will ‘strongly consider’ Pelosi’s offer that he testify in impeachment probe)

“Bravely, in the face of these shameful attacks, these individuals have still chosen to come forward and tell the truth despite the risk of professional reprisals and threats to their personal safety. I fear, however, these attacks will only increase after their participation in these public hearings,” Schumer said. 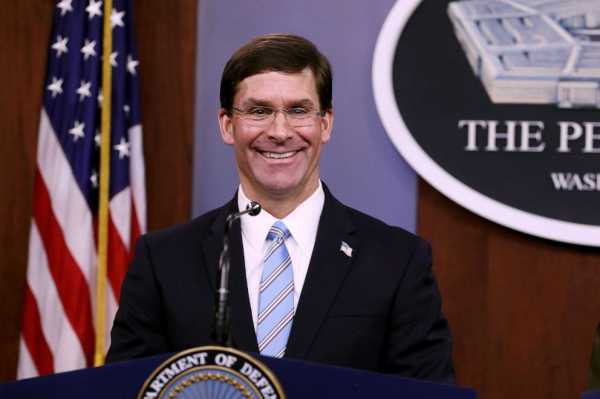 Last week, Esper told reporters that Vindman “shouldn’t have any fear of retaliation” because “DoD has protections for whistleblowers.”

Later, when asked whether he would consider Vindman to be a whistleblower, Esper said he’d have to «study the case» so he’s «not going to pass judgment.»

«All I’m saying is if you come forward with information that you feel that it’s — if you feel that you are a whistleblower, then you’re protected,» Esper said. «I’m not — I’m not putting any type of noun or pronoun on him.»

Despite the assurances from Esper, Schumer said he wants to be briefed on what actions are being taken to protect Vindman and Cooper from workplace retaliation and to keep them safe from bodily harm.

Schumer also called on the Pentagon to inform its personnel of their rights in whistleblower cases.

“… I believe the Department of Defense must do more to formally ensure that all Department military and civilian personnel understand that they may make protected disclosures to Congress free from retaliation,” Schumer said.

In his letter, Schumer also asked the Defense Department to «immediately cease any efforts to prevent officials from cooperating with Congress» and hand over requested documents related to the Ukraine Security Assistance Initiative, the program at the heart of the impeachment inquiry.