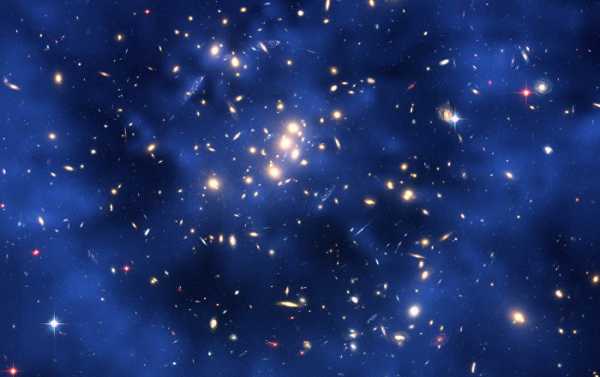 In a new experiment, scientists probed a theory that suggests a weird interaction between two of the biggest mysteries in physics that could explain why our universe exists.

An experiment led by the Fundamental Symmetries Laboratory at Japanese research institution Riken has explored whether dark matter, itself a mystery in cosmology, could be the cause of the dominance of matter over antimatter.

Dark matter is a form of mass and energy that doesn’t interact with light while existing almost everywhere in our universe, making it undetectable in astronomical observations. Hypothetically, if dark matter interacts differently with matter and antimatter, it could produce the imbalance between the two, creating the right conditions for matter to exist without being annihilated by antimatter – this is the theory deduced by collaborators from the international BASE project (Baryon Antibaryon Symmetry Experiment).

The scientists designed an experiment to detect interactions between antimatter and a hypothetical axion particle, which is one of many proposed candidates for what dark matter is made of, publishing their findings on Wednesday in Nature. Using a specially designed device, researchers trapped a single antiproton (the antiparticle of the photon, the particle form of light) and kept it isolated to avoid annihilation through interacting with a photon. They measured a property of the antiproton which should be constant, postulating that observed fluctuations could be the result of dark matter axions. Axions were originally proposed to explain a different asymmetry problem in particle physics, and later also suggested as a potential candidate for dark matter.

Although the expected axion effect on the antiproton was not observed, Christian Smorra, lead author of the study and researcher at Riken Fundamental Symmetries Laboratory, said the experiment nonetheless made progress in determining what dark matter-antimatter interactions might look like.

Despite the doubts that axions are the best candidate for dark matter, they could potentially explain other mysteries in physics, like antimatter/matter asymmetry, and have a large part to play in which theory of dark matter scientists choose to explore.

However, according to Morrissey, the Riken experiment is still world-leading irrespective of whether it reveals anything about axion-antimatter interactions.