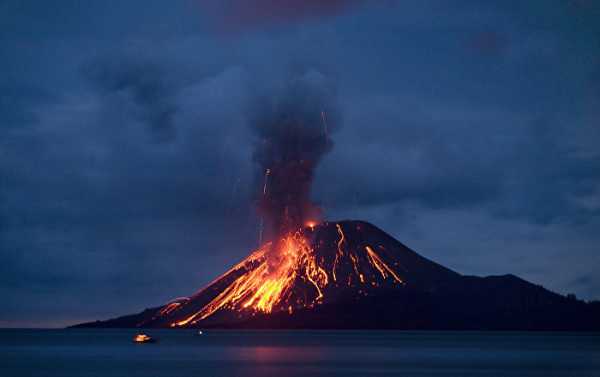 Scientists discover how volcanoes form and erupt; Russian and Italian scientists have come closer to understanding volcanic eruptions, studying Monte Nuovo near Naples as a basis.

The remnants of lava, the rock that forms and then solidifies on the earth’s surface, contain information that can not only reveal the causes of eruptions but also unravel the mysteries of our planet’s past and future.

The study of Italian volcanoes has advanced thanks to the new physical methods of Professor Sultan Dabagov’s laboratory at NRNU MEPhI and INFN (National Institute of Nuclear Physics in Italy). The latest advances in physics were used in the research, which has allowed scientists to obtain the information «recorded» in the remains of an eruption.

According to the scientist, in the first stage, volcanic samples were studied using multi-capillary optics based on x-rays. Then, to confirm the results, the samples were examined using more powerful synchrotron radiation. This made it possible to obtain x-rays and tomograms of the samples, recreate the internal features of various rocks and obtain high-resolution three-dimensional models.

Researchers believe that analyzing these models in comparison to samples of other eruptions will help draw conclusions about both historically known eruptions and the eruptions of active and passive volcanoes.

The work of the Russian and Italian scientists is aimed at creating a tool that allows for detailed tomographic analysis in a lab using a low-power X-ray tube. This is possible with multi-capillary optics.

The new tool will allow for the continuous study of volcanic samples since it is smaller and cheaper than synchrotron sources (this will help equip almost any geological research centre). According to experts, the use of multi-capillary optics with small-sized sources and radiation detectors can form the basis for creating compact portable devices for analyzing various rocks on the ground, without moving samples.