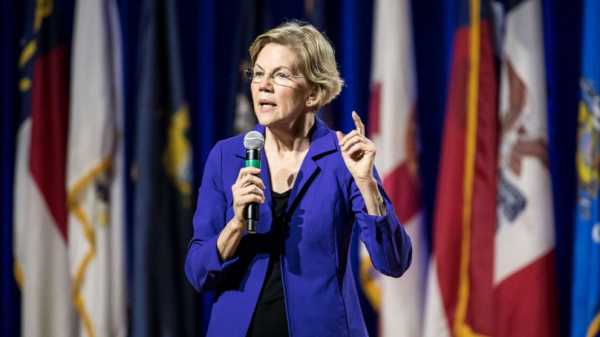 «She would ruin what we have,» Ricketts says in the ad.

In an attempt to use their own words against them, Warren presents these faces of the moneyed class as a foil for her «big structural change.» The ad shows back to back clips of their various TV appearances in contrast with her stump speech and the young, hopeful faces in the crowd.

But those in the wealth class she targets by name are not taking Warren’s latest punch lying down.

Cooperman ripped Warren and her new ad in colorful terms, calling her «disgraceful.»

Speaking with ABC News, Cooperman was said Warren is using him as a foil for her campaign.

«A hater… A hater in general,» he said of Warren during an interview with ABC News.»There is absolutely no reason to demonize wealthy successful people. The only reason she’s doing it is because there’s more poor people than rich people. So she’s trying to appeal to her base.»

Over the last week, a handful of powerful CEOs around the country have all issued similar warnings about the 2020 Democratic candidate.

Warren, who steadily rose in polls over the summer to now hold a comfortable place among the top three candidates — ranking alongside former Vice President Joe Biden and Vermont Sen. Bernie Sanders — is taking the heat from the nation’s richest voters, because of her plan to tax the wealth of millionaires and billionaires.

Warren has centered her 2020 message on beating back the influence of money in government, often campaigning on her work creating the Consumer Financial Protection Bureau after the financial crash of 2008.

Now, the criticism from the nation’s wealthiest may feed into a key part of her anti-corruption platform, even boosting the very idea of her wealth tax, as her supporters see it.

(MORE: Elizabeth Warren gets taste of what it really means to be a front-runner) 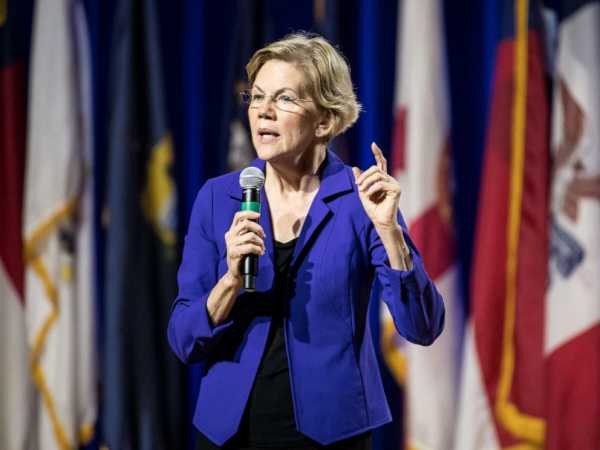 «When billionaires are claiming they can’t afford to pitch in to a two-cent wealth tax, there are a whole lot of reasons to be angry,» the Warren campaign said in a fundraising email to supporters last Friday.

And for Adam Green, co-founder of the Progressive Change Campaign Committee and a supporter of Warren since she ran for the Senate in 2012, he said Warren is in the exact right fight to emphasize her message.

«She announced a wealth tax, it got some number of people tuned in — but millions of new people were exposed to Elizabeth Warren’s very popular wealth tax proposal because these ridiculous CEOs were on TV complaining about it, and picking a fight with her,» Green said. «That’s good.»

«If you want to attract the crowd, pick a fight,” Green said, quoting American showman and circus founder P.T. Barnum.

Over the past week, at least three different billionaires have aired their grievances of Warren’s wealth tax.

Cooperman, the billionaire chairman and CEO of the New-York based firm Omega Advisors, whose net worth is around $3.2 billion, called her wealth tax «idiocy» and «basically trying to turn people’s heads around by promising a lot of free stuff.»

Cooperman, who has been engaged in a spat with Warren over her wealth tax policy for a few weeks and even wrote her a personal letter, made news when he teared up in an interview on CNBC talking about the wealth tax, telling the anchor he didn’t need «the government or Elizabeth Warren giving away my money.»

«I don’t need Elizabeth Warren telling me that I’m a deadbeat and that billionaires are deadbeats,» Cooperman told CNBC, his voice notably emotional. «The vilification of billionaires makes no sense to me.»

Cooperman was also asked, however, if he thought criticism coming from a billionaire like himself could backfire. 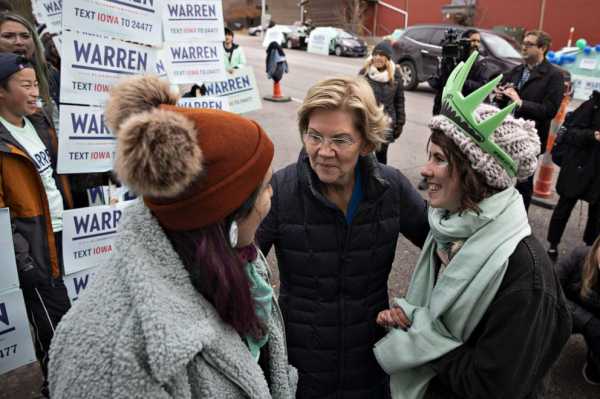 «You do realize that you’re giving Warren an opportunity to hold up your letter and say, see, here’s another billionaire unhappy with paying, in her words, their fair share in taxes,» CNBC’s Scott Wapner said to Cooperman.

«I can’t use an expletive, you’ll blank me out, you’ll get mad at me — but basically, it’s bull. She’s screwing with the wrong guy. I want to give it all away,» Cooperman responded, referring to his wealth. «But I want to control the decision. I don’t need the government controlling my money.»

Another billionaire, JPMorgan Chase CEO Jamie Dimon, whose net worth is over $1.5 billion, said Tuesday that Warren uses some «pretty harsh words,» and «some would say vilifies successful people.»

And Bill Gates, the founder of Microsoft with a net worth of over $107 billion and by far the richest billionaire to criticize Warren’s wealth tax, joined in on the criticism.

Gates said he’d paid over $10 billion in taxes over his lifetime and would be «fine» if he had to pay twice that.

«But, you know, when you say I should pay $100 billion, OK, then I’m starting to do a little math about what I have left over,» he said at the New York Times DealBook conference. «Sorry, I’m just kidding. So you really want the incentive system to be there and you can go a long ways without threatening that.»

All the criticism was met with a very clear clapback from the Warren campaign: a personalized calculator on her website that would tell wealthy people — per her plan, the top 0.1% of all Americans — what they would owe under a wealth tax.

(MORE: ‘Just too much’: Meet the uber-rich who want a wealth tax) 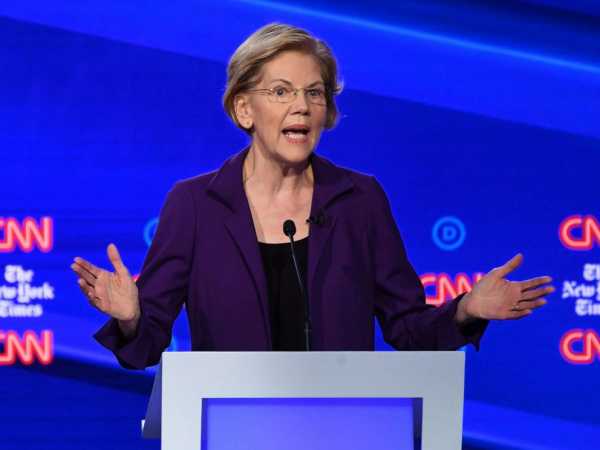 «This amount, which you likely won’t even feel, will help us invest in education from birth through college and help finance health care for everyone,» the website said.

The frenzy on Wall Street reached a peak — or a plateau — with the possibility of one more billionaire entering the 2020 presidential race: former New York City Mayor Michael Bloomberg.

Bloomberg filed to run in the 2020 presidential primary in Alabama just before the deadline to be on the ballot in the Super Tuesday state, thus keeping his options open for a run.

The next day, Cooperman endorsed Bloomberg, calling him «a breath of fresh air.»

«I’m a huge fan of Michael. I know him personally,» Cooperman, told CNBC. «Unless he changes his stripes, he will have my unequivocal support.»

Green, viewing the new entry through the lens of a Warren ally, also saw a benefit in Bloomberg joining the race — though for a different reason.

«Inherent in Bloomberg jumping in, the fight is being picked on themes of Wall Street reform, corporate accountability and the corruption of our democracy,» he said. «All of which is drawing attention to some of Warren’s most popular proposals and moving the ground of debate to one of her strongest grounds.»