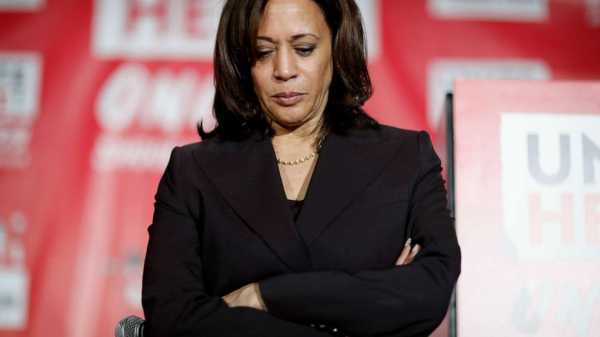 In May, Sen. Kamala Harris stood before the largest chapter of the NAACP and focused her remarks around one subject: electability.

Five months later, Harris would call the issue of her electability the “elephant in the room” during an interview with Axios.

Harris, a woman who is both black and Indian American, wondered aloud if «America was ready for a woman and a woman of color to be president of the United States of America.”

It is an issue she has brought up on the campaign trail as well, questioning whether her race and gender might be a hindrance to her presidential bid amid the largest group of major contenders the Democratic party has ever seen — a field that includes an openly gay mayor, a Hindu Pacific Islander congresswoman, an African American senator, a Latino former cabinet secretary, and an Asian American businessman.

(MORE: Sen. Kamala Harris’ friends on her upbringing: ‘She was one to not let anyone tell her who she was’ )

ABC News has reached out to the Harris campaign for a response.

The issue is complicated and multifaceted, political experts say and especially pertinent during an election cycle in which voters have the most diverse slate of candidates in history to choose from.

Leah Wright Rigueur, an assistant professor of public policy at Harvard’s Kennedy School of Government, told ABC News that for “most of the country … gender is not a hindrance to people voting for a political candidate.”

Nevertheless, Wright Rigueur noted that black women often do well when they run for office “because they have the ability to unite disparate coalitions into alliances that end up propelling them into office. So you might call them unifiers — they’re very good at unifying various coalitions.”

In a CNN/SSRS poll conducted Oct. 17-20, Harris polled at 6% among white and 6% among non-white voters asked which Democratic presidential candidate they would be most likely to support.

Harris is not the first to address the issue of race and gender as a presidential candidate.

In the 1970s, New York lawmaker Shirley Chisholm, who was the first black woman elected to Congress, also became the first African American woman to run for the Democratic presidential nomination. At the time, she said she did not fully receive the level of support and funding needed to mount a truly competitive bid and ultimately loss.

Democratic strategist Atima Omara says there’s been a shift in the electorate since the 2016 election. Omara says she’s seen more people willing to consider women of color because voters “realize these women represent a very strong base in the Democratic Party. I do see more receptiveness in the electorate, where there definitely would not have been pre-2016.”

And still, she said, many women of color have to deal with attacks based on outdated stereotypes.

Omara points to former Georgia gubernatorial candidate Stacey Abrams as a high-profile candidate who has been able to overcome many of those challenges, saying, «she’s been able to build her political career by being authentic and actually leaning into a lot of who she is.”

While the root of Harris’ struggles to gain traction in polls is unclear, she has had her own difficulties connecting with audiences beyond her core group of supporters., political experts say. In late October, Harris announced that she would be cutting some staff and moving staff from several primary states, including New Hampshire, to Iowa in an «organizational realignment to go all-in on Iowa.»

(MORE: How Kamala Harris Could Win The 2020 Democratic Primary)

In Wright Rigueur’s opinion, Harris’ campaign should also think more broadly about helping voters to connect with her.

“It can’t simply be that she is a black woman,” said Wright Rigueur, pointing to Harris’ struggles in places where she should be polling well, such as her home state of California.

For her part, Harris has been working to connect with voters and highlight what she sees as cultural divides that are worth bridging.

Harris was just five months into her bid for the White House when the California senator went to Detroit at address the NAACP’s largest branch in May.

She told the packed room that «there has been a lot of conversation by pundits about electability, and who can speak to the Midwest. But when they say that, they usually put the Midwest in a simplistic box and a narrow narrative. And too often their definition of the Midwest leaves people out. It leaves out people in this room who helped build cities like Detroit.”

The largely African American crowd warmly received Harris’ remarks in the midst of her slow climb up the polls. A month later she would tangle with former Vice President Joe Biden over busing and race at the June presidential debate. 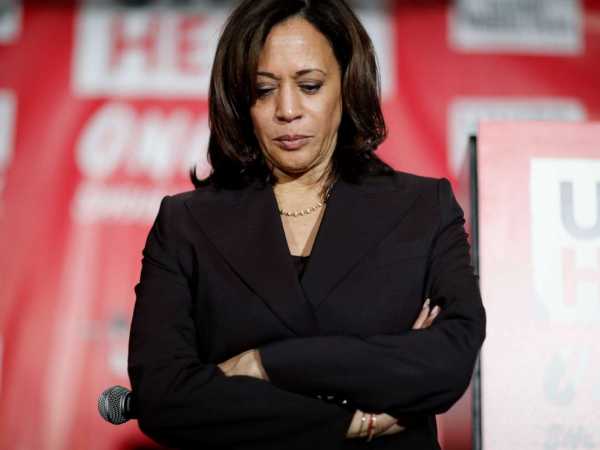 “As the only black person on this stage, I would like to speak on the issue of race,” Harris said that night.

She went on to say that “there was a little girl in California who was part of the second class to integrate her public schools, and she was bused to school every day. And that little girl was me.”

That moment on stage in Miami would be end up on a t-shirt with the words, «That little girl was me” — a T-shirt that would provide a fundraising boon for the California senator.

At the Essence Festival, one of the largest African American events in the country, Harris would double down on her pitch to black voters.

She hit back at President Donald Trump’s «Make America Great Again» slogan asking whether he was referring to a time before laws codifying access to abortion and voting protections for minorities.

“Well, Essence, we’re not going back,” she said to applause. “In fact, it is time to turn the page. And it is time to write the next chapter.»

Her speech touched on the need to strengthen the economy and improve access to health care, among other topics. She also unveiled a $100 billion plan to boost black homeownership.

Her comments before the gathering were largely well received.

Alicia Jones, a Howard University alumna, told ABC News shortly after Harris’ comments to Biden on busing “I felt like it was politicizing … And so at that point, that took the smart person who I thought she was and took it down a couple of notches.

Jones, who hasn’t finalized her choice for the Democratic primary, told ABC News that race doesn’t play a factor in how she chooses to vote. 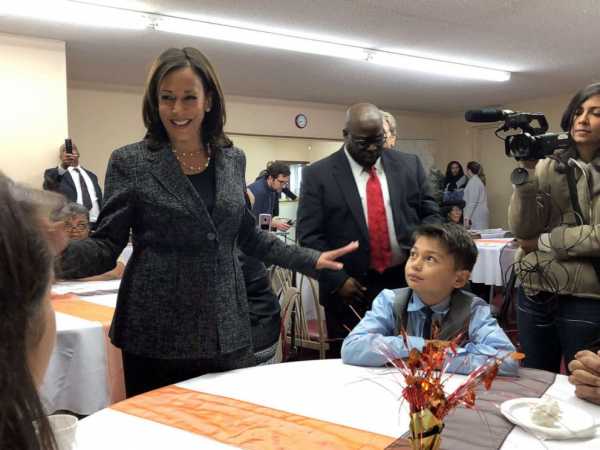 (MORE: Harris hits the campaign trail in Iowa: ‘This is a pivotal moment’)

ABC News spoke to several white voters in the Granite state who said they are supportive of Harris.

Marty Parichand said he was very hopeful for Harris’ candidacy — but since Harris pulled resources from the state, it’s more difficult for him to support her candidacy.

Another voter, Jody Goodrich, said Harris was her favorite.

And yet, she also told ABC News, “I think that she didn’t do as well in the debates after that first debate and she kind of faltered. Maybe she just doesn’t have the ability to really hang in there.”